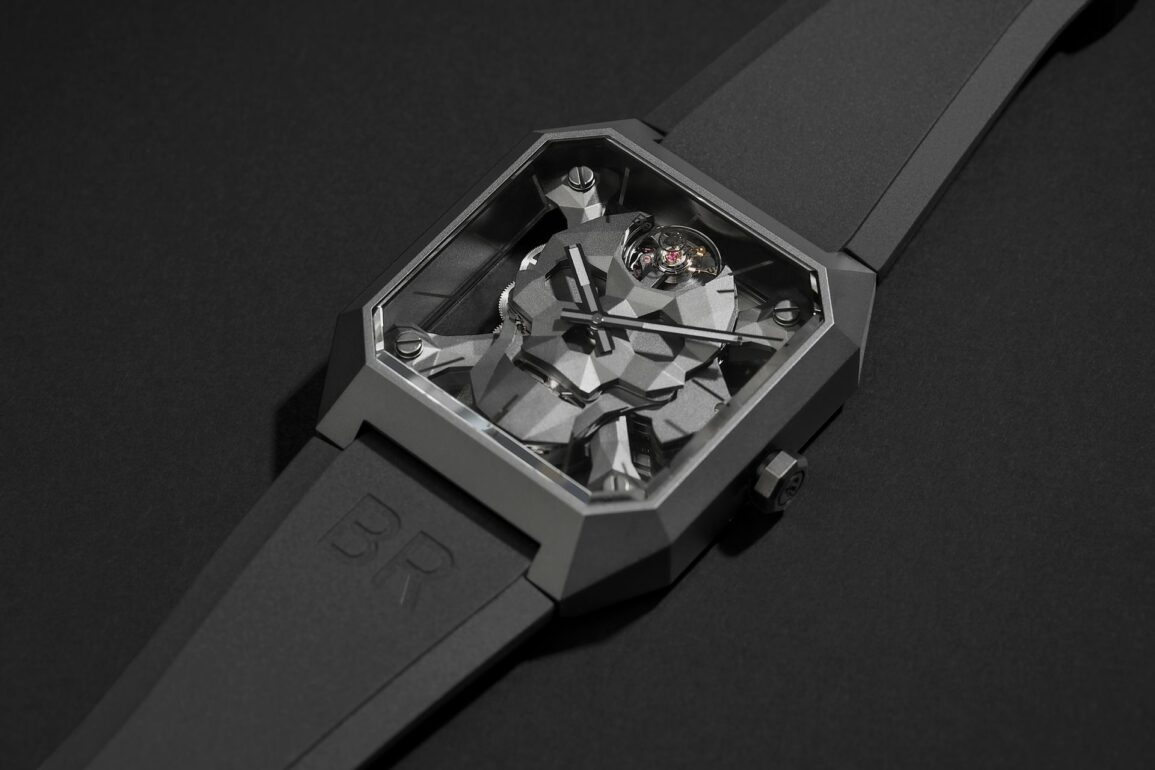 The Cyber Skull is a new take on Bell & Ross' iconic case shape.

The square case is synonymous with Bell & Ross. Sure, they aren’t the first company in the history of mankind to make square watches, but they might be the most successful. Carving out a niche for yourself is one thing; however, keeping yourself going is another. Bell & Ross have made conventional round watches as well, and they’ve been popular too, but it would be fair to say the iconic square case with rounded corners and exposed screws is still the bread and butter for this company. So, you might be wondering why they’ve changed the formula for the new BR 01 Cyber Skull. 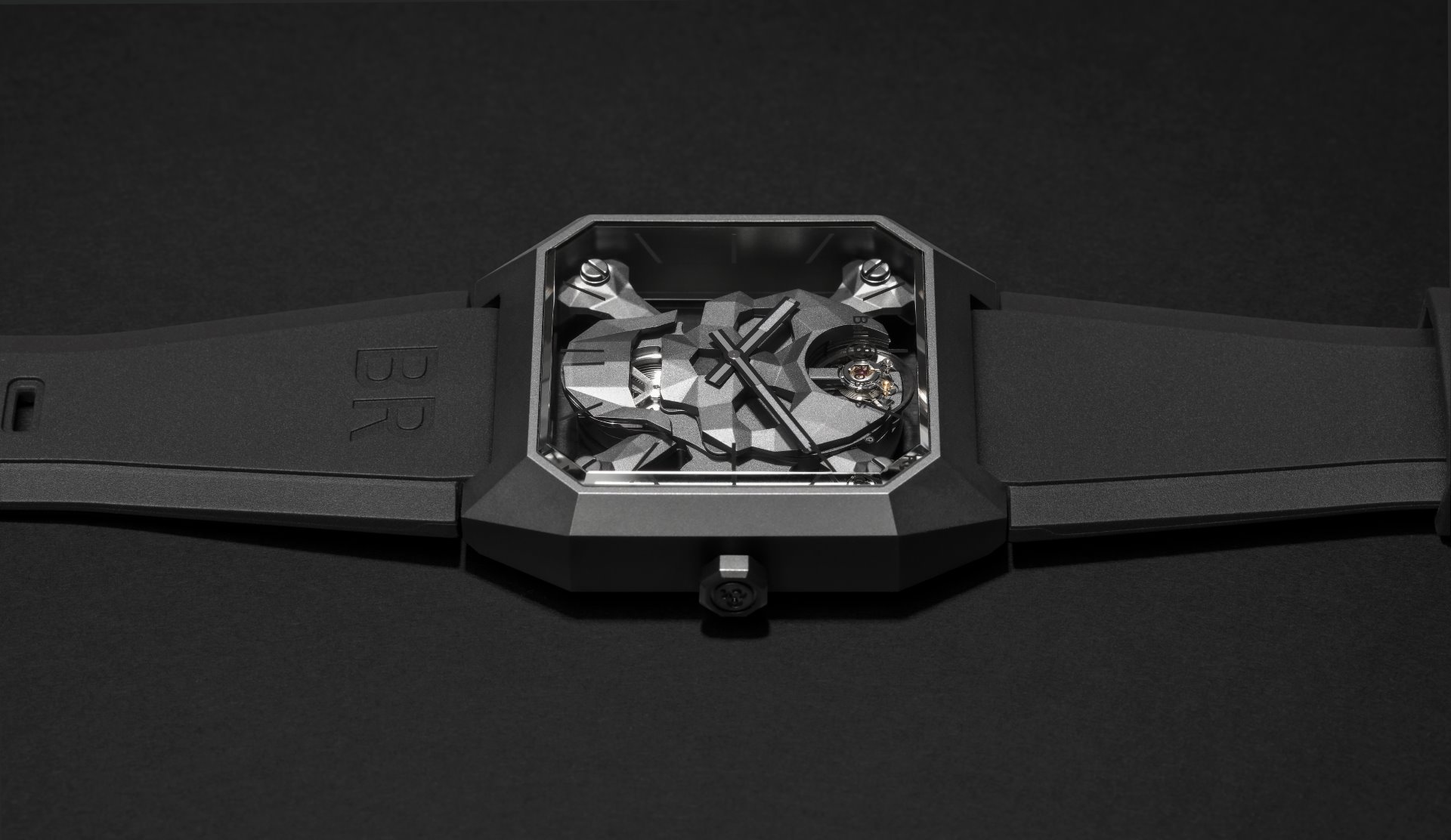 The skull motif is not new to the brand that’s for sure. It’s been in their repertoire in one form or another since 2009, and it’s been quite a hit for them. It used the same basic shape as the regular square watches but changed the dial entirely. Well now, 11 years later, the case has finally changed. It features more angles and an octagonal case (discounting the surfaces around the lugs) for a design that’s said to evoke the sharp angles of stealth aircraft. Think the F-117 Nighthawk or the B2 Spirit, for example, these aircraft use angles and special paint to help make them disappear in the air. The 46mm ceramic case of the Cyber Skull is less likely to disappear on your wrist, however. 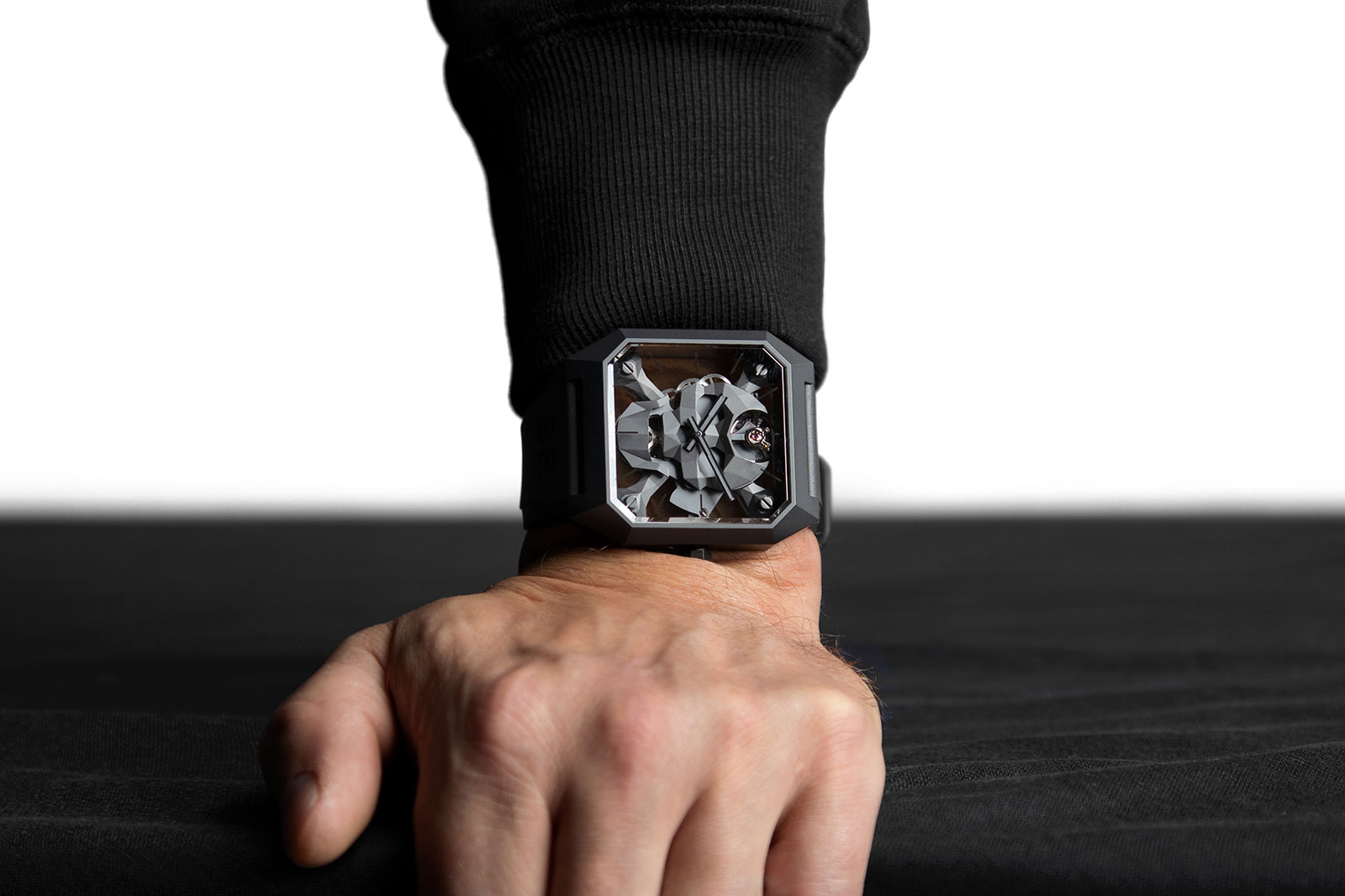 A detail which does help minimise the girth, or at least trick you into thinking that way, is the dial. As you’ll see the edges around the skull are see-through, this is so you know how sweaty you are. Okay, I made that bit up, but if you are of a warmer physique, then that will be the case. The reason you’re able to see all the way through most of this watch is because the custom-built BR-CAL.208 has been built into the angular skull at the centre. 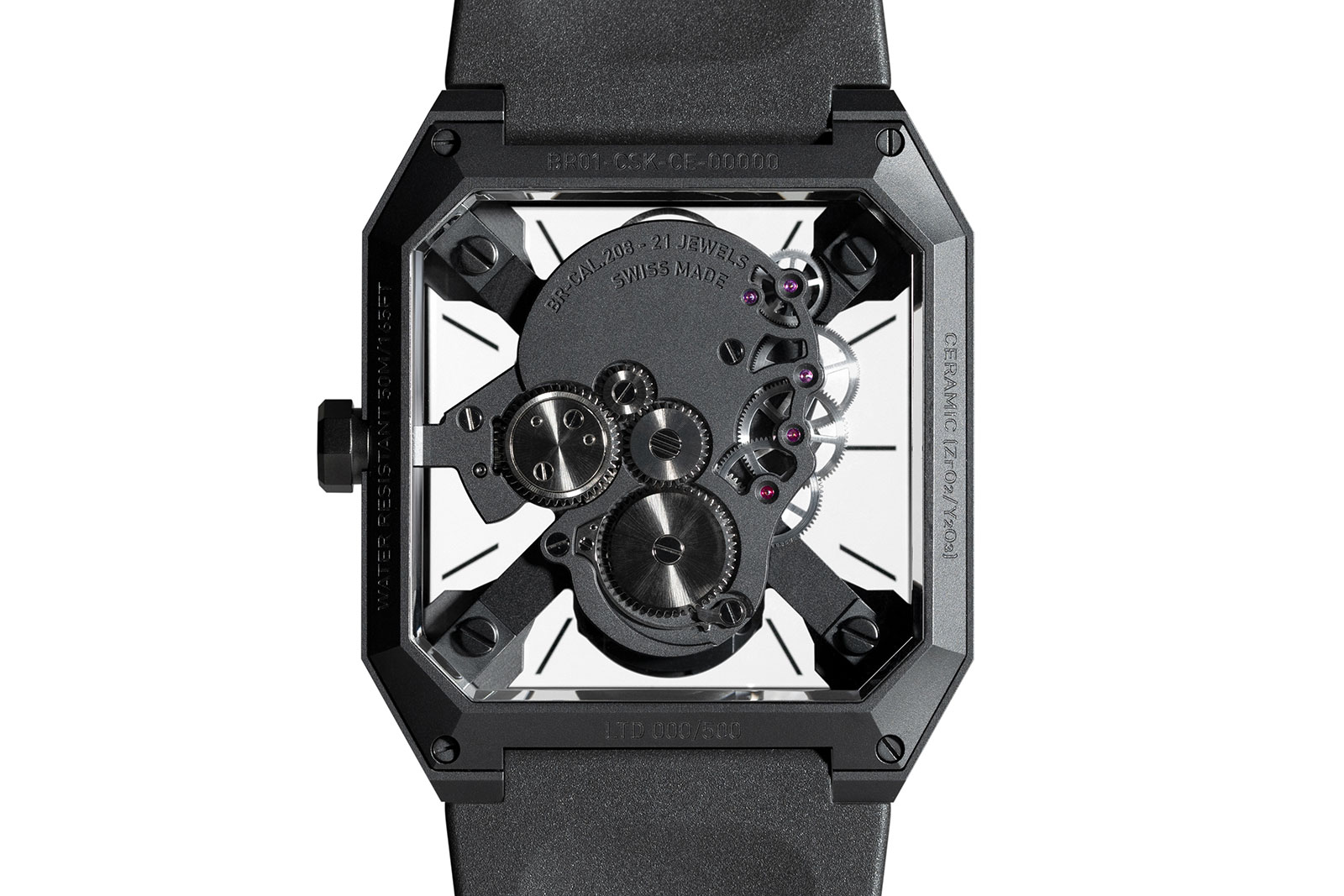 The movement, made in partnership with Concepto, features a 50-hour power reserve and a frequency of 4Hz via the balance wheel stuck in the skull’s forehead. It’s hand-wound with 21 jewels too, and the skull and crossbones that are seemingly floating are made of ceramic. A party piece of this watch is the ‘Laughing Skull’ animation. The jaw of the skull is animated and moves with the mainspring barrel. When winding the mouth opens and closes, as if the skull is laughing in your face (or at your face, depending on how dishevelled you look). It’ll also open and close slowly with the state of the power reserve as the watch unwinds. 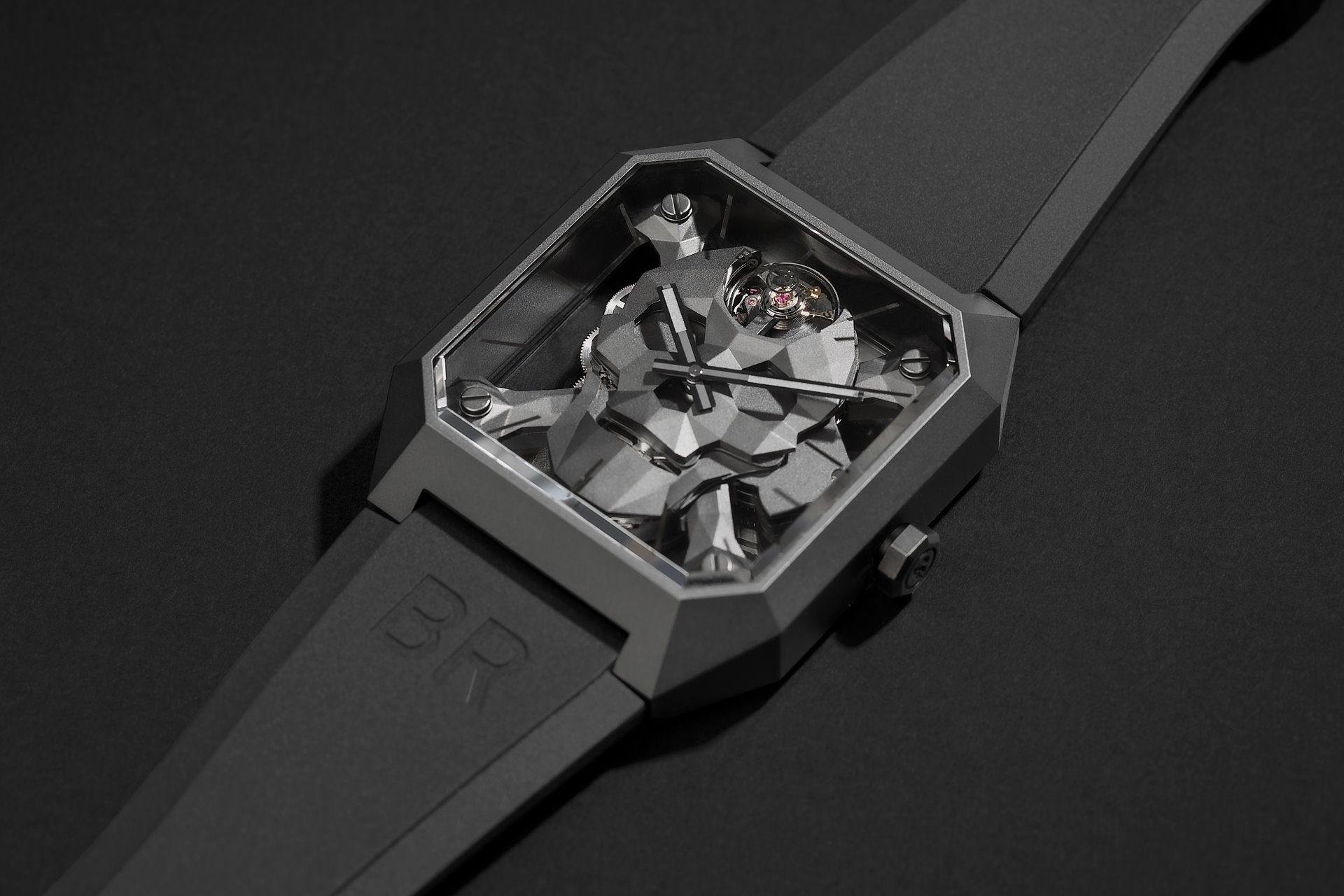 I like Bell & Ross’ square case watches, and I particularly like this one with its modernistic case shape and use of sapphire crystal. There will only be 500 examples of this black ceramic one made, although I expect other materials will be available soon. The retail price for this one is €9900.