Brimming with action for quite a while now, the microbrand scene right now is more mature and evolved than before. While most microbrands try offering great value products in the affordable category, some have been trying to achieve the same on the other end of the spectrum. Carl Suchy & Söhne are certainly a brand that belongs to the latter category and today we will take look at their first watch release, Waltz N°1. 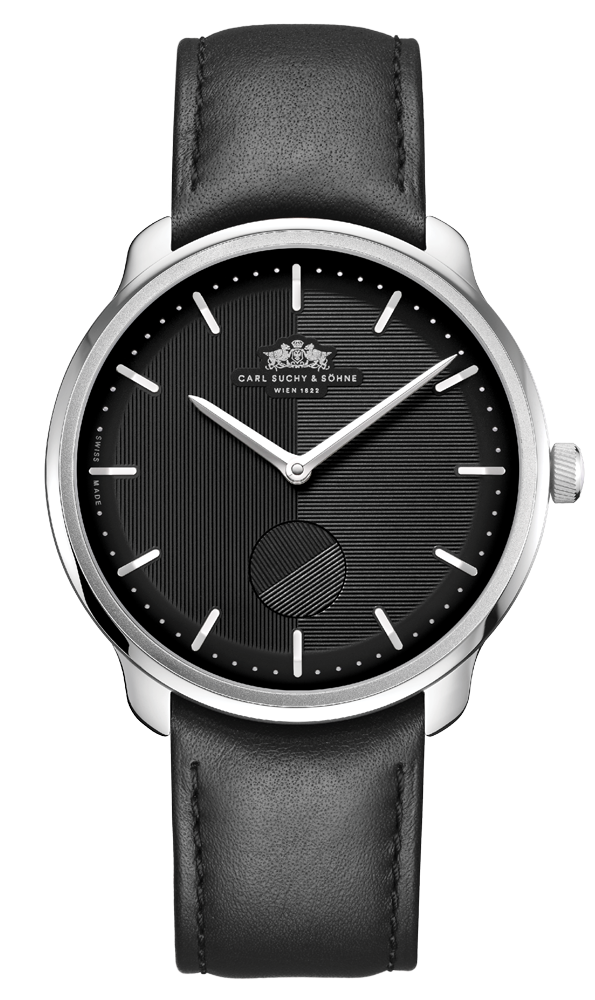 But before we look at the watch, let’s talk a little about the brand itself. Based in Vienna and founded back in 1882, Carl Suchy & Söhne are not exactly a new name in the world of horology. Under the leadership of its founder Carl Suchy, the brand went ahead to become the most important watchmaking company of the Habsburg Monarchy catering to the likes of Emperor Franz Joseph I. and psychoanalyst Sigmund Freud to name a few. Sadly, the demise of the Habsburg empire also meant the end of the road Carl Suchy & Söhne, until 2017, when it was revived under new leadership led by Robert Punkenhofer, a renowned name in the world of art and design. Now that we are over the history lesson let’s get back to the watch in question. 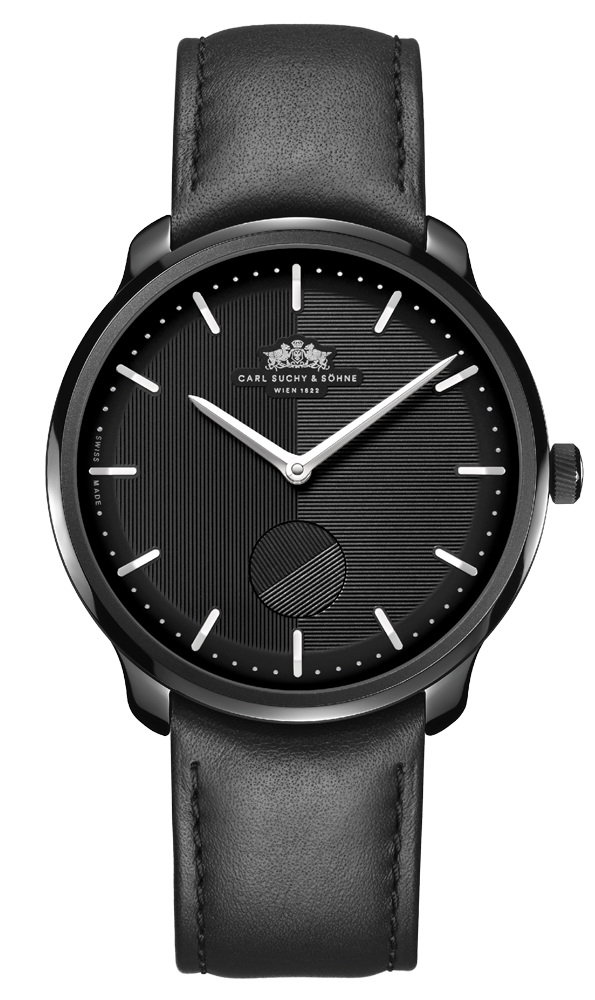 The Waltz N°1 is inspired by the work of prolific Austrian architect Adolf Loos, who was known for mixing minimalism with modern innovations, and this philosophy is quite evident throughout the watch. Starting with the front, you are greeted with a dial that is simple to look but has a high level of refinement and complexity associated with it. Presented in silver, black, or blue, the dial features a unique combination of vertical and horizontal striped guilloche pattern that divides it into two halves and gives the watch a lot of character. The twin guilloche pattern has also been carried over to the sub-dial at 6, which is quite clever and imaginative. As the disc begins to rotate it breaks the symmetry of the dial, but as it completes one rotation, it brings everything back in harmony. 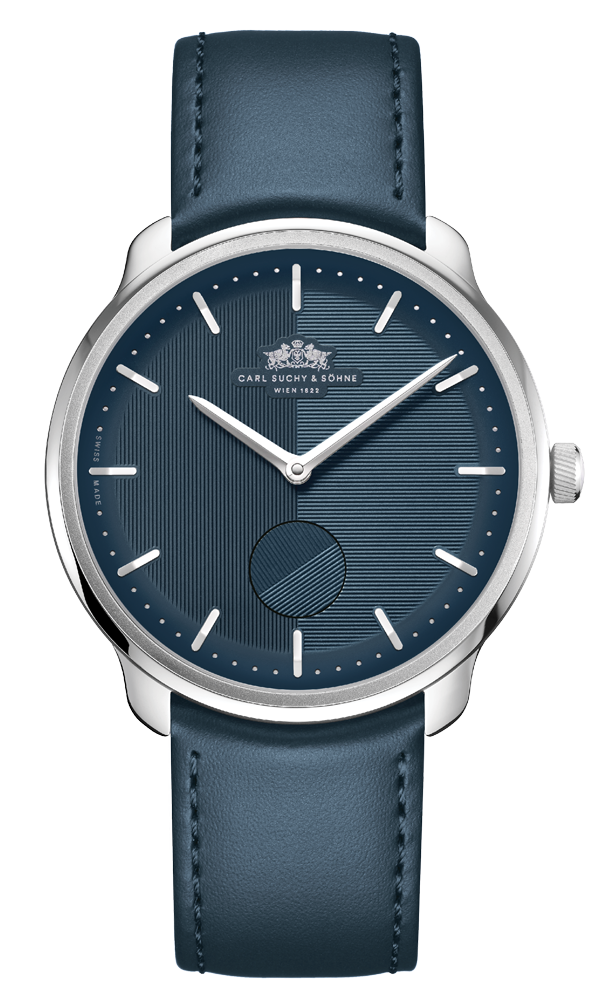 To break the monotony of the guilloche pattern, the outer section of the dial has been given a simple Matt finish. It houses the applied baton-style hour markers as well as the minute track. Showing some nice attention to detail, the markers have curved to match the curve of the dial and the minutes have also been presented using applied circular dots, which isn’t a common sight either. Time can be read using a well-proportioned faceted and polished handset. 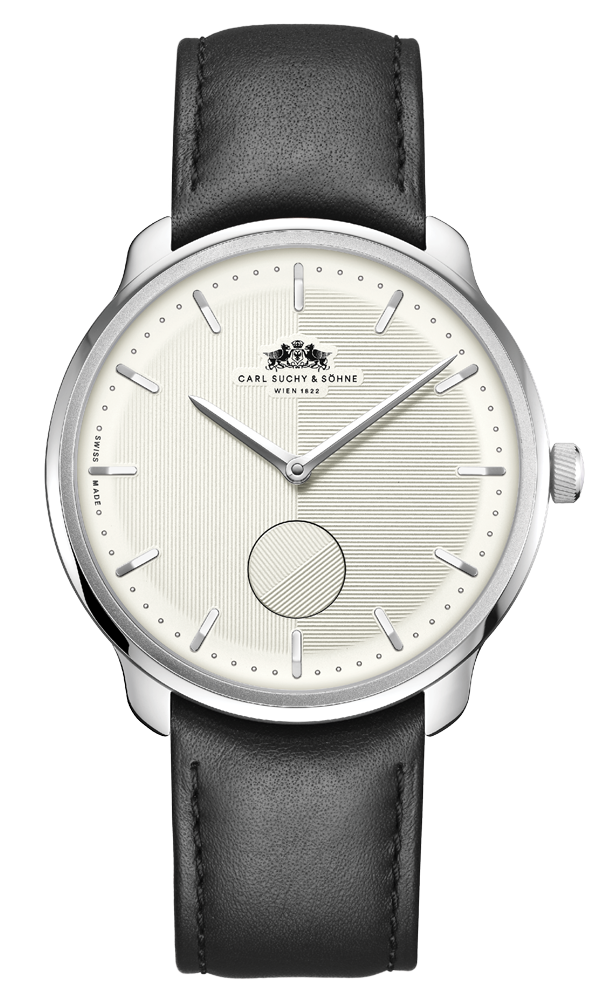 To complement the understated look of the dial, Carl Suchy & Söhne has given the Waltz N°1 an elegant looking case. Crafted from stainless, the case measures 41.5mm in diameter and 9.3mm in height, resulting in a thin profile that should make it sit comfortably on a wide variety of wrists. Sitting on top of the case is a domed sapphire crystal that is surrounded by a finely polished bezel. This is followed by a rounded mid-case that flows seamlessly flows into the lugs that have been polished on the top. The sides of the case have been given a sandblasted finish to complement the polished surfaces, and it ends with a screwed-down case back with a sapphire window. 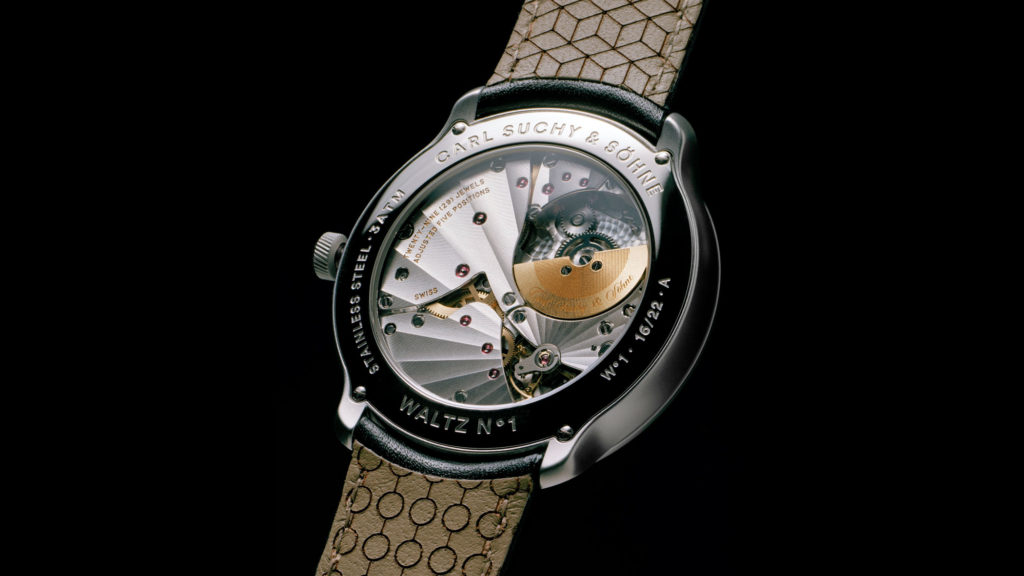 While the case and dial on the Waltz N°1 offer a minimalist experience, the story is quite opposite under the hood. Powering this watch is the modern and highly capable Vaucher Caliber 5401. This is an automatic movement that comprises 29 jewels and offers a power reserve of around 48 hours. It has been beautifully finished using Geneva stripes, perlage, and hand-polished bevels, and features a gold-plated micro-rotor that helps in giving the viewer a nice unobstructed view of the movement. 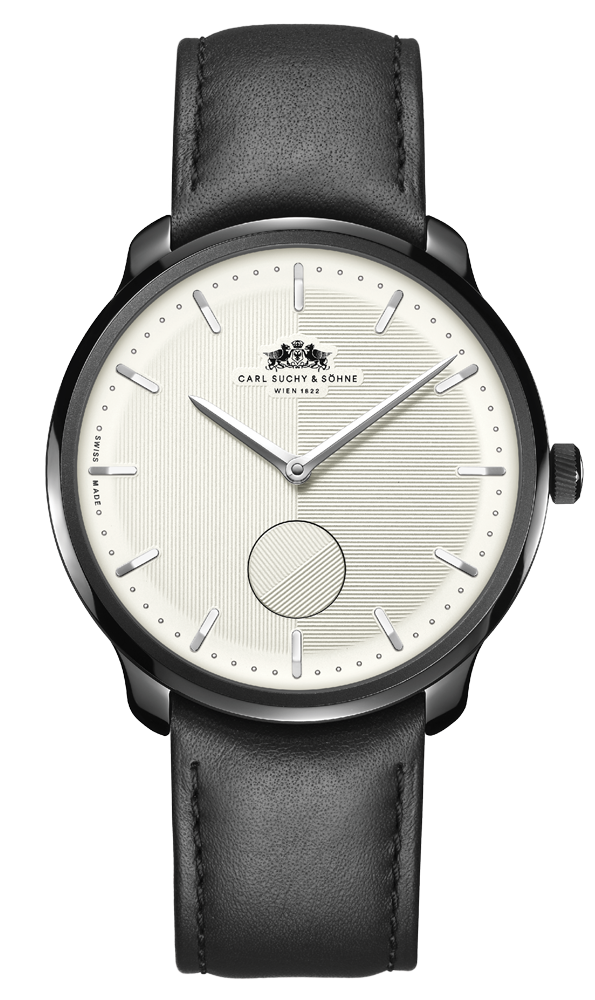 To conclude, I would like to say that the Waltz N°1 is a great revival effort that stands true to the rich history of Carl Suchy & Söhne. Every watch would come attached to a genuine leather strap with a deployment buckle embossed with the brand’s double griffin emblem. And now, coming down to what matters the most, the price. Retailing at EUR 8,495, the Waltz N°1 is not a cheap watch and would face a lot of stiff competition from other brands in its price bracket. That said, given the nice overall design, attention to detail, high-end specifications and exclusivity this watch offers, it does seem to be fairly priced and ready to battle it out against its contenders.