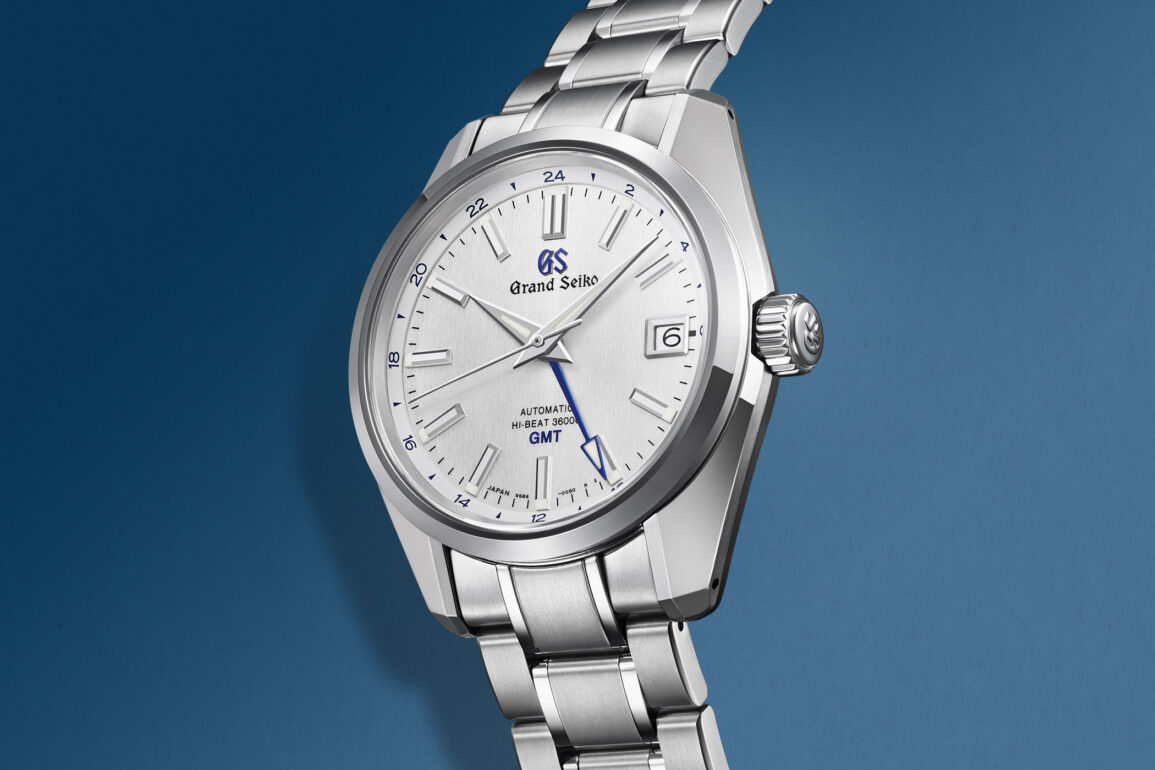 The Grand Seiko SGBGJ255 commemorates the 55th anniversary of the 44GS case. 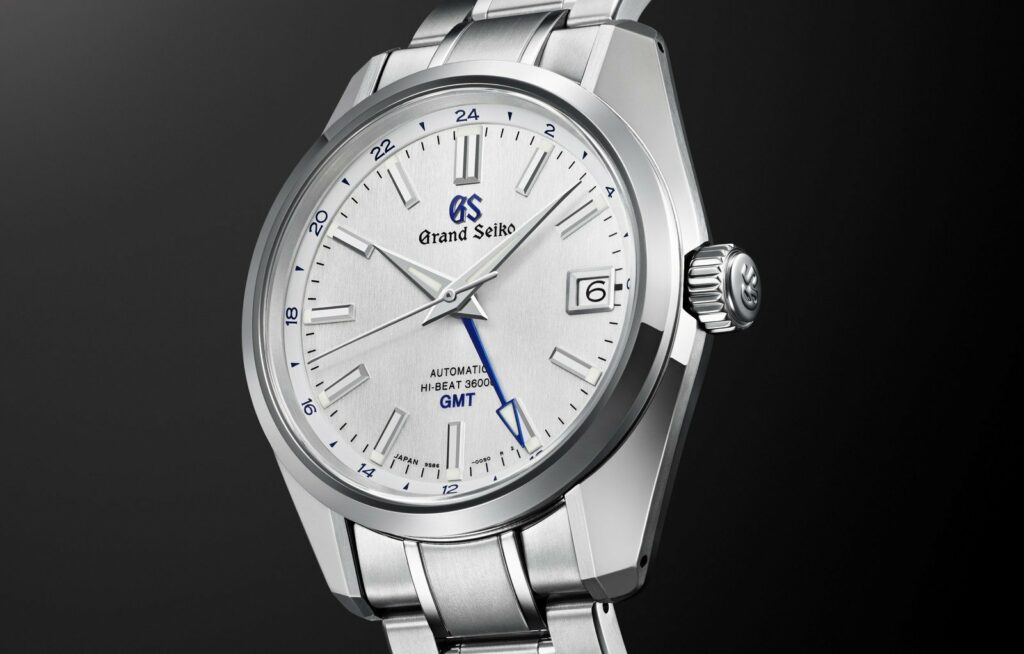 Most of the time with Grand Seiko’s, the talking point is their exceptional dials. However, the brand’s exemplary craftsmanship extends to the body of the watches as well, and the 44GS case is a testament to it. Introduced in 1967, the original 44 GS case featured a nice angular geometry and exhibited a nice mix of beautifully finished brushed and mirror-like Zaratsu polished surfaces to reflect maximum light. The modern reinterpretation of the 44GS case we see today sticks to the design DNA of the original but at the same time brings more refinement to certain aspects of the design. The case on the SBGJ255 measures 40mm in diameter, has a thickness of around 14mm and has a very wearable lug to lug distance of around 46.5mm. What should further add to the wearing comfort with this model is that the entire case including the bracelet has been crafted from lightweight Titanium. The case is sealed with the help of a threaded crown at 3 to provide a healthy 100 meters of water resistance. 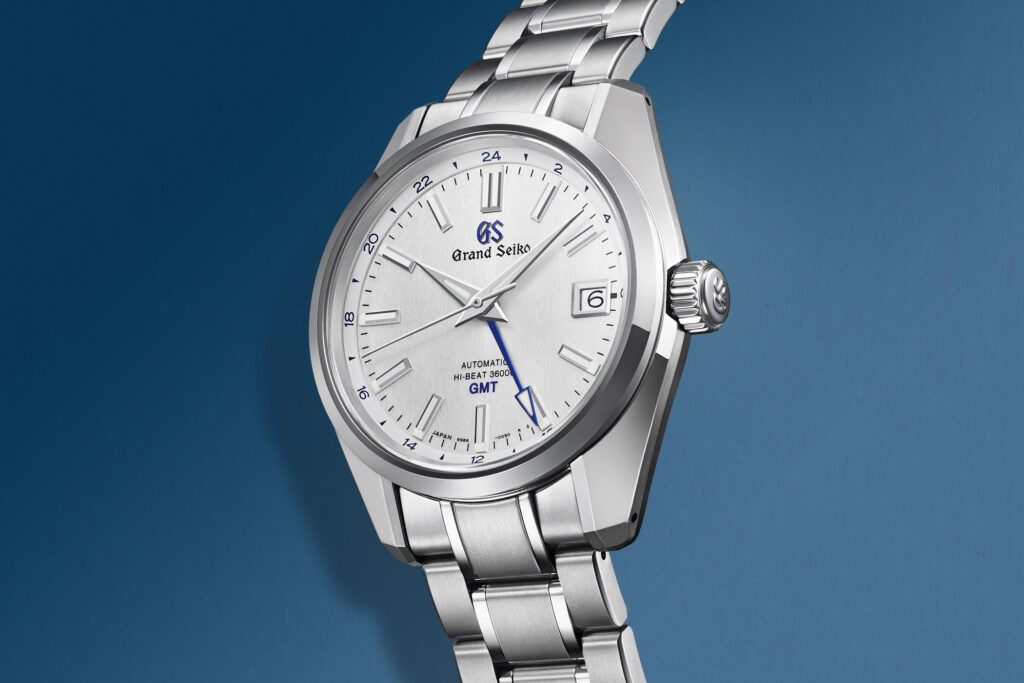 Grand Seiko dials are in a league of their own, and the one on the SBGJ255 looks no different. Presented in white, the dial has been vertically brushed to add visual interest. Furthermore, to add a pop of color the applied GS logo at the 12, the GMT text at 6, the GMT hand, and even the 24-hour scale on the outer periphery have been presented in blue. The hour markers and the hands like on any other Grand Seiko look sharp and are exceptionally finished. Grand Seiko has used luminescent material on the markers, and the hands, to ensure that time can be easily read even in dimly lit situations. 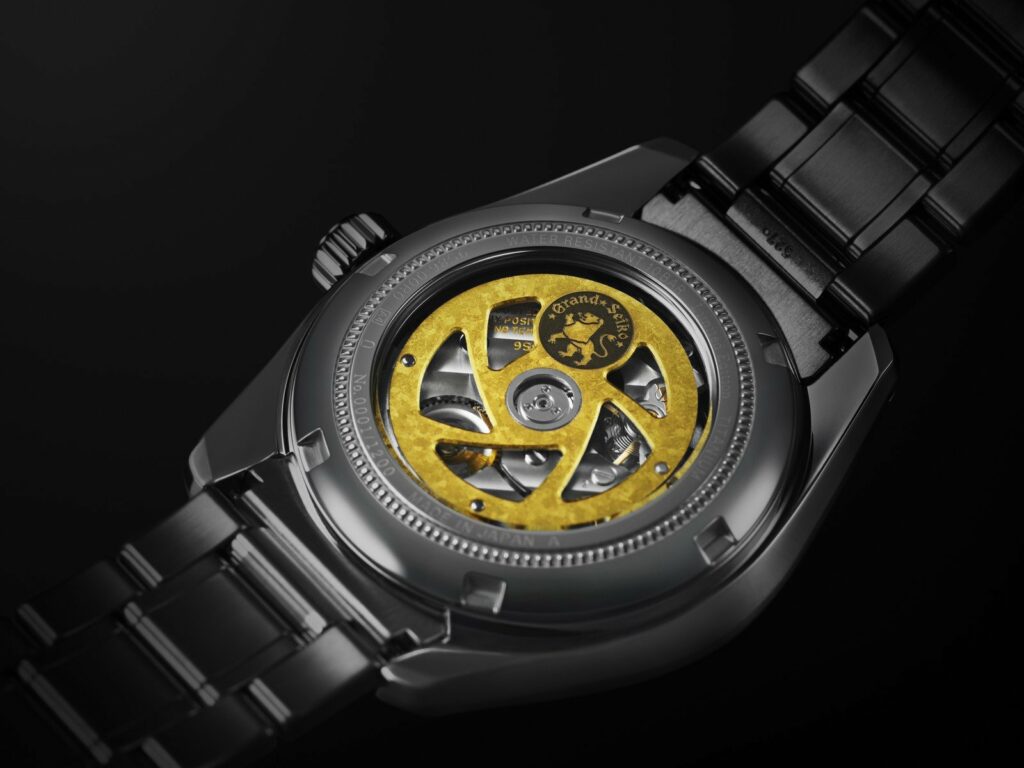 Turning the watch over reveals the mechanical powerhouse that drives this watch, the in-house calibre 9S86. Ticking at 36000 VPH, the 9S86 is a true high beat movement which not only results in higher timing accuracy but also means a buttery smooth sweeping seconds hand with almost no stutter. The movement is nicely decorated but is not fully visible because it is hidden underneath an even more beautiful and unique titanium oscillating weight that has a nice golden tone, which is achieved through an anodic oxidation process. The movement offers a power reserve of around 55 hours and boasts an accuracy of -3 to +5 seconds per day.