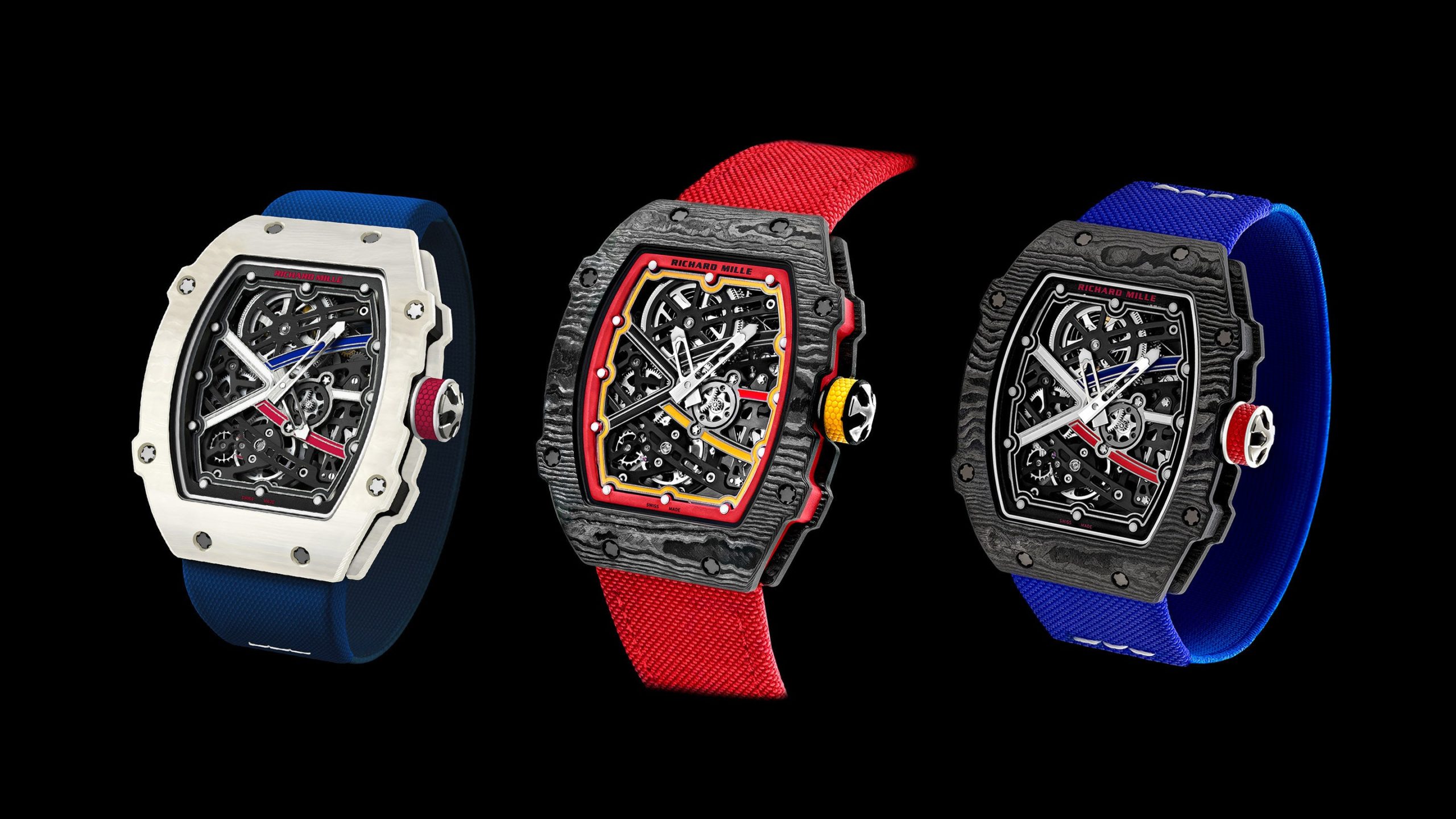 The world of Haute Horology occupies a relatively small yet significant place in the overall horological space. While I would certainly agree that Haute Horology products are not really attainable and not to everyone’s taste, what they do offer though is a look on the surrealistic and experimental side of the watch world. These products are a result of years of continued innovation and research and offer a slightly different take on time compared to what we are normally used to seeing. So, on that note let us have a quick look at the new variations of prominent Haute Horology brand Richard Mille’s RM67-02 watch. 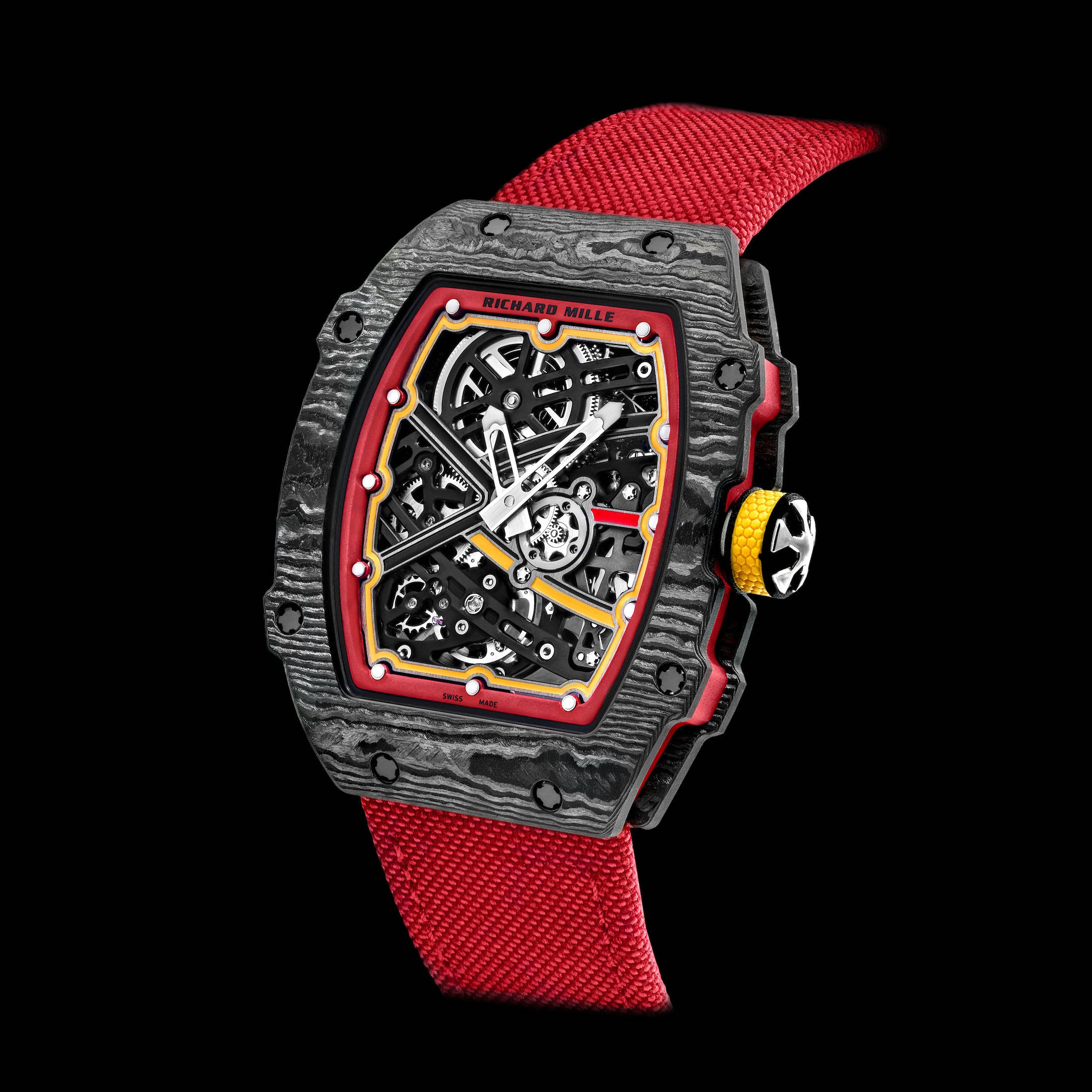 The Richard Mille RM67-02 is a watch that draws inspiration from the sports of athletics and was initially launched as a pair paying a tribute to athletes Wayde Van Niekerk and Mutaz Basrshim. Likewise, these three new variations are also dedicated to prominent athletes and the colors on these watches represent the countries which these sportspersons play for. The black, red and yellow version is for Germany’s tennis star Alexander Zverev; the Quartz TPT-cased white model is for the French skier Alexis Pinturault; and the full Carbon TPT version is for Sébastien Ogier, a World Rally Champion from France. The RM67-02 watches are immediately recognizable as a Richard Mille product as they feature the brand’s signature design DNA combining a distinctive case geometry with highly skeletonized movements. 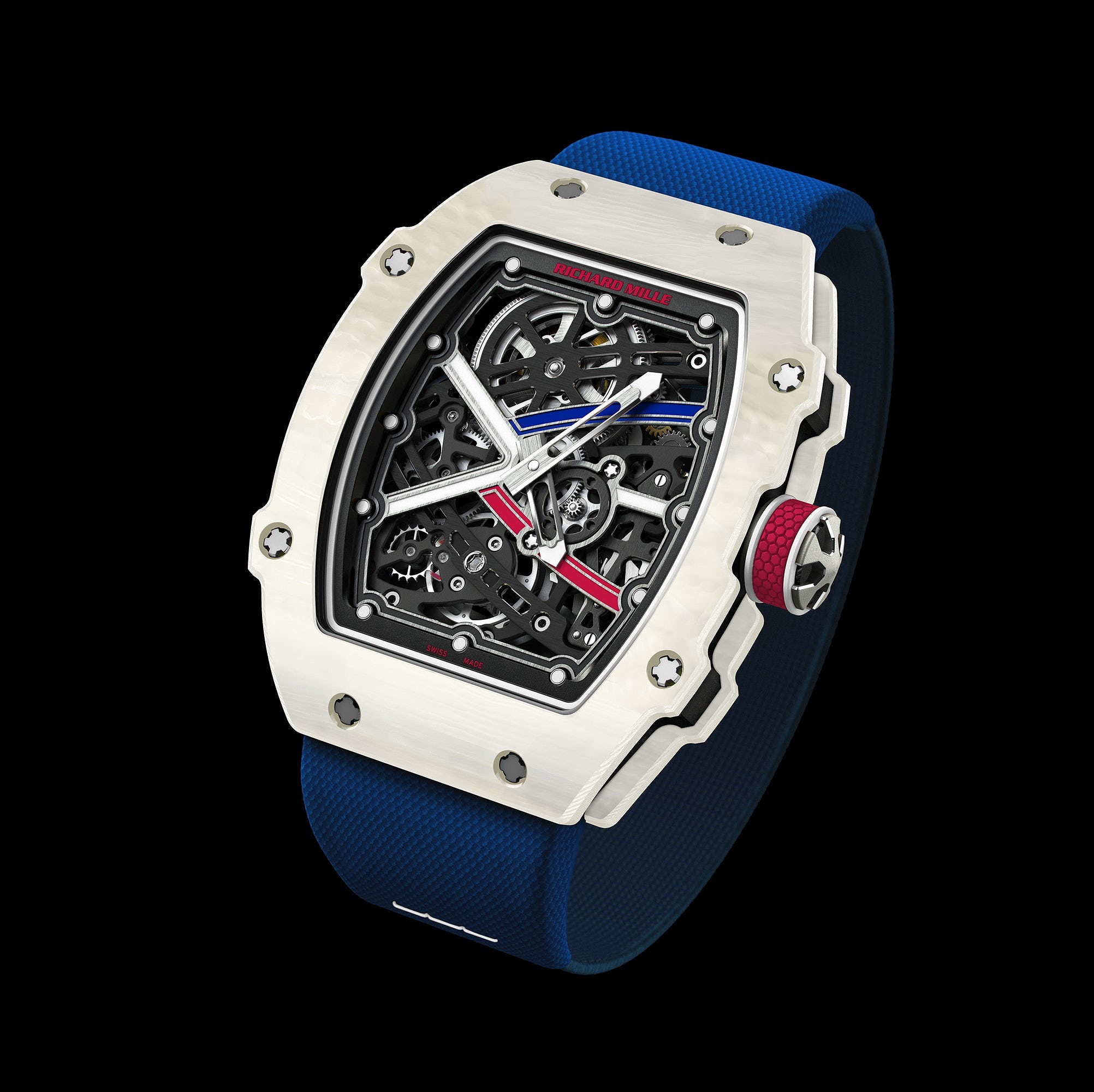 The case on the RM67-02 features a bold look and in typical Richard Mille fashion is constructed by using interesting materials such as Quartz TPT(for the colored front and back case plates) and Carbon TPT(for the case bands)making these watches the lightest automatics produced by the brand weighing in at around 32 grams. Dimensionally speaking the case is 38.7mm wide, 47.5mm long and 7.8mm tall suggesting that the watch would wear comfortably on varied wrist sizes. One of my favorite details on the case are the screws on top of the case accentuating the raw and brazen look of the watch. 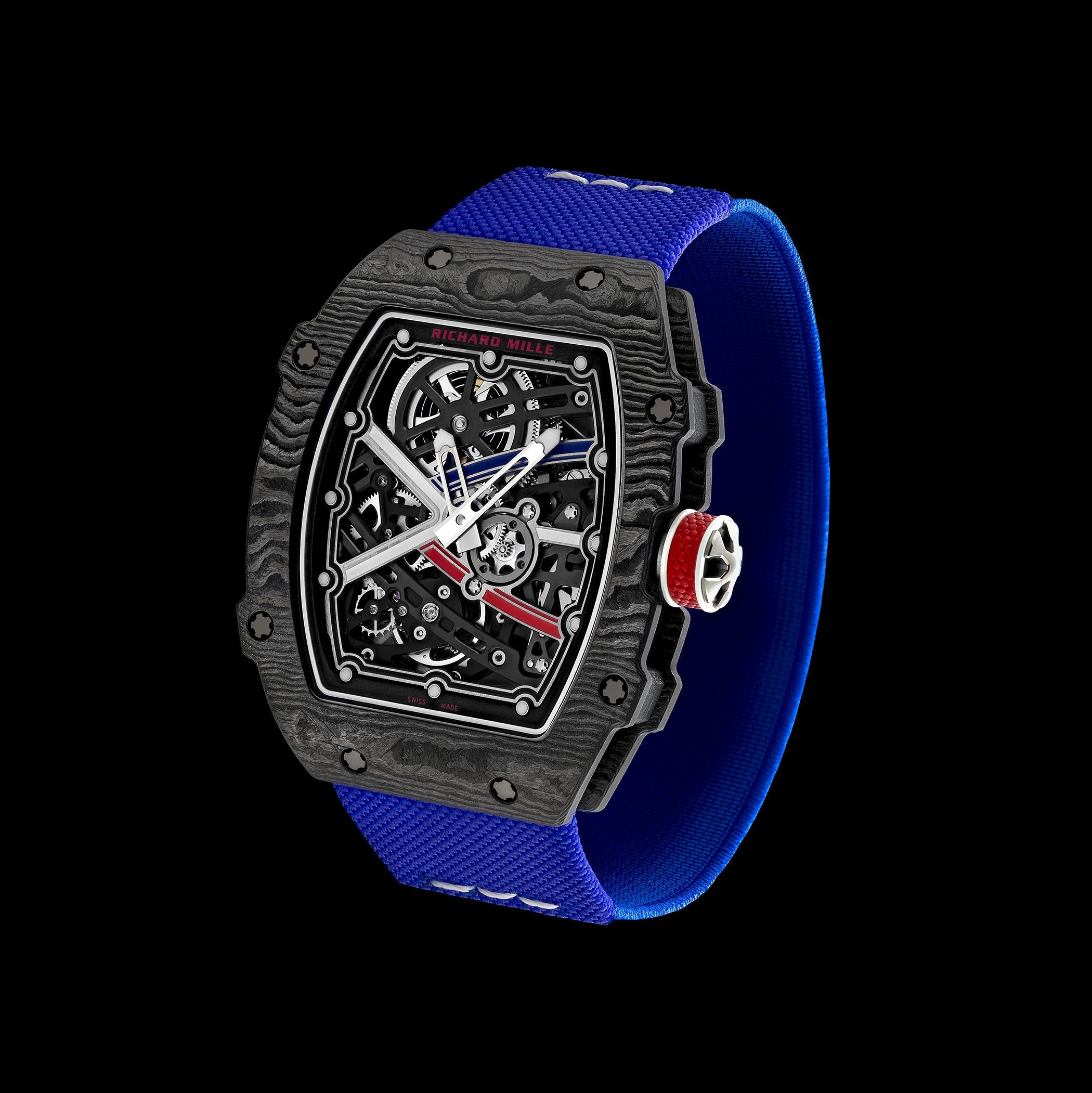 The dial on the RM67-02 watches is fully skeletonized offering a great view of the machinery that powers the watch, but as is the case with almost all skeletonized watches this one also suffers on the legibility front. The dial comprises of applied circular hour markers which seem to be have been filled with luminous material to aid low light readability and have been placed at the outer periphery of the dial. The handset consists of just the minute and the hour hand which like the rest of the dial has been skeletonized. The only text that exists on the dial is the brand’s initials above the marker at 12 and the “Swiss Made” text below 6, once again giving an unobtrusive view of the movement.

The Richard Mille RM67-02 watches are powered by the brand’s in-house automatic caliber CRMA7. The movement operates at a frequency of 28,800 bph, has 25 jewels and offers a healthy power reserve of around 50 hours. As expected, the movement is beautifully finished and has its baseplate and bridges made from grade 5 titanium which are then further DLC coated. The rotor is made out of carbon TPT and white gold supporting the lightweight nature of the watch and at the same time improving the winding efficiency. Further to this parts of the movement have also been hand painted to match the colors of the countries the athletes represent.

The new color variants of the RM67-02 do not bring anything new or revolutionary to the table, but they do add some interesting variety to the existing RM67-02 lineup. Also, as I mentioned earlier these idiosyncratic watches are not meant for the masses and given their exorbitant pricing, only a select few with deep pockets would be able to flaunt these watches on their wrists. The watches would retail at a price of USD 120,500 and would come fitted on a textile strap. For more info, visit Richard Mille online.