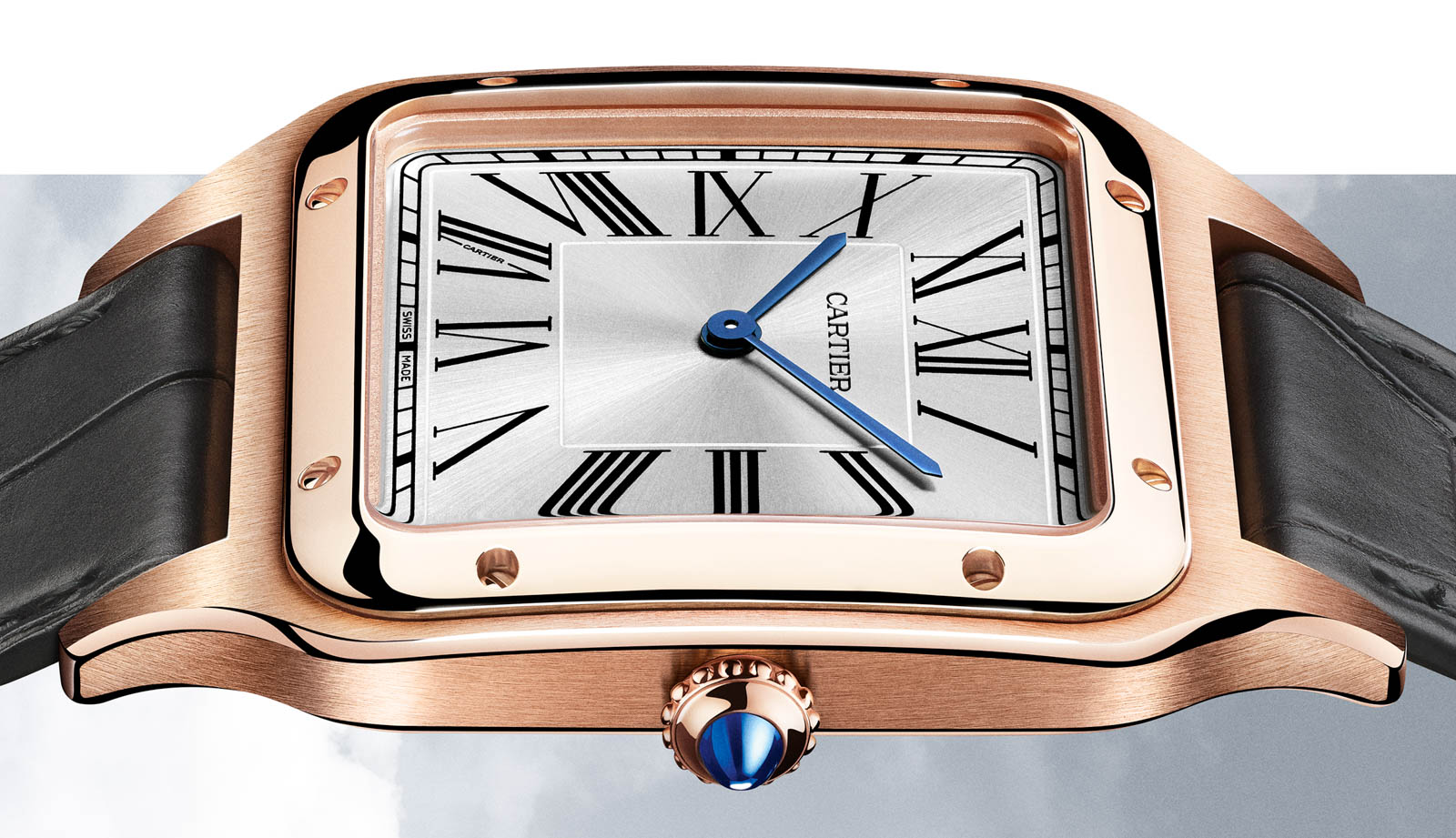 So, with no trade shows to go on, the big brands are now turning to WristReview *and some other blogs I guess* to do the promotional legwork for them. While it may be true that we cannot go hands-on with these watches this year, we can still offer our insight on new products and the industry as a whole. Without going on too much about the elephant in the room, it’s evident to most that the Swiss watch industry is suffering right now, but then again, most businesses are.

Did you know that most designs on the market are under a century old? The Submariner that we appreciate as a classic design only came about in the fifties and has changed a lot since then, the Nautilus was designed in the seventies and has since become an icon of the industry. The Royal Offshore, the darling of Audemars Piguet’s muscle-laden fanbase was introduced in the nineties and annoyed the designer of the original Royal Oak too. 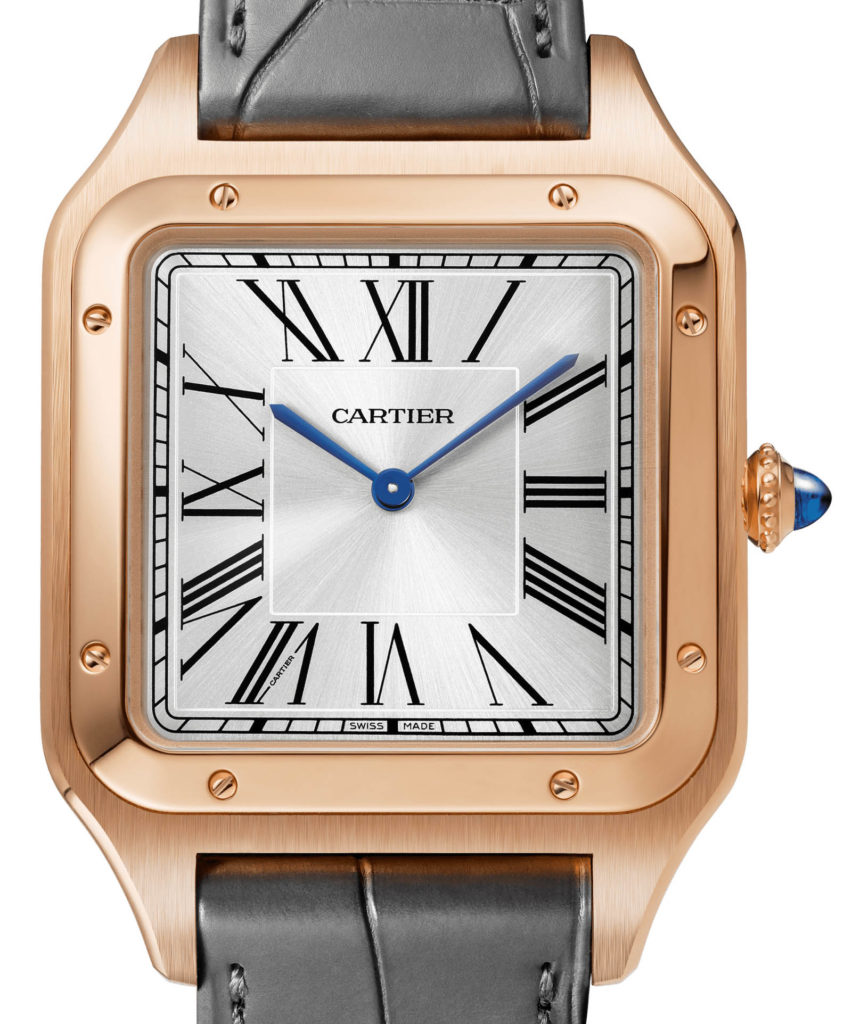 The Cartier Santos Dumont (from now on known as the Santos), meanwhile, has been going about its business since 1911. It’s frequently come up against the Rolex DateJust, and while it’s never quite been able to dethrone the DateJust in terms of sheer popularity, it’s certainly given it a run for its money. Now, times have changed, and Cartier is once again turning to the Santos to re-invigorate the buyers. 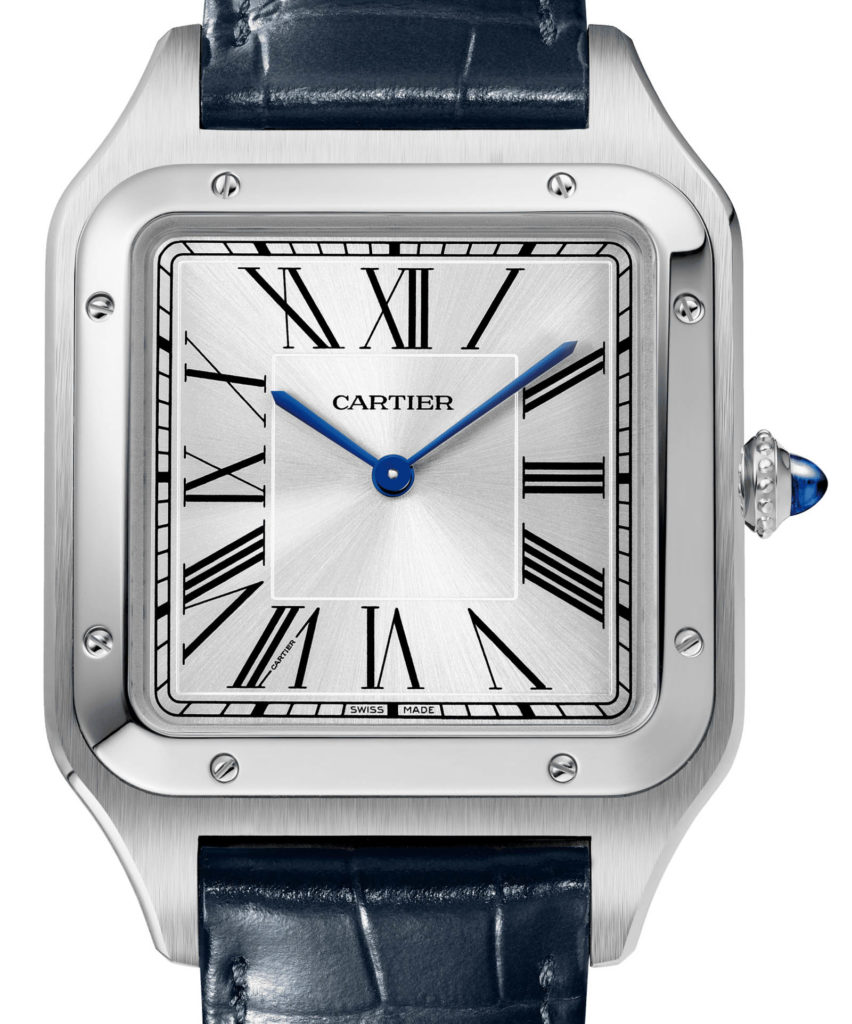 While Cartier has made the Santos in many different sizes over the years, the new ones are deemed to be extra-large. All three of the new watches measure in at 46.6mm x 33.9mm x 7.5mm. That thinness comes from the manually-wound calibre 430MC, which is itself a Piaget movement. Piaget, the masters of thin watches for decades, call this calibre the 430P, and it has a power reserve of approximately 43 hours. The frequency of the watch is 3Hz, too. While Cartier in the past has focused on quartz and automatic calibres for the Santos, the calibre 430MC in the Santos can only be powered via interaction with the cabochon-topped crown. 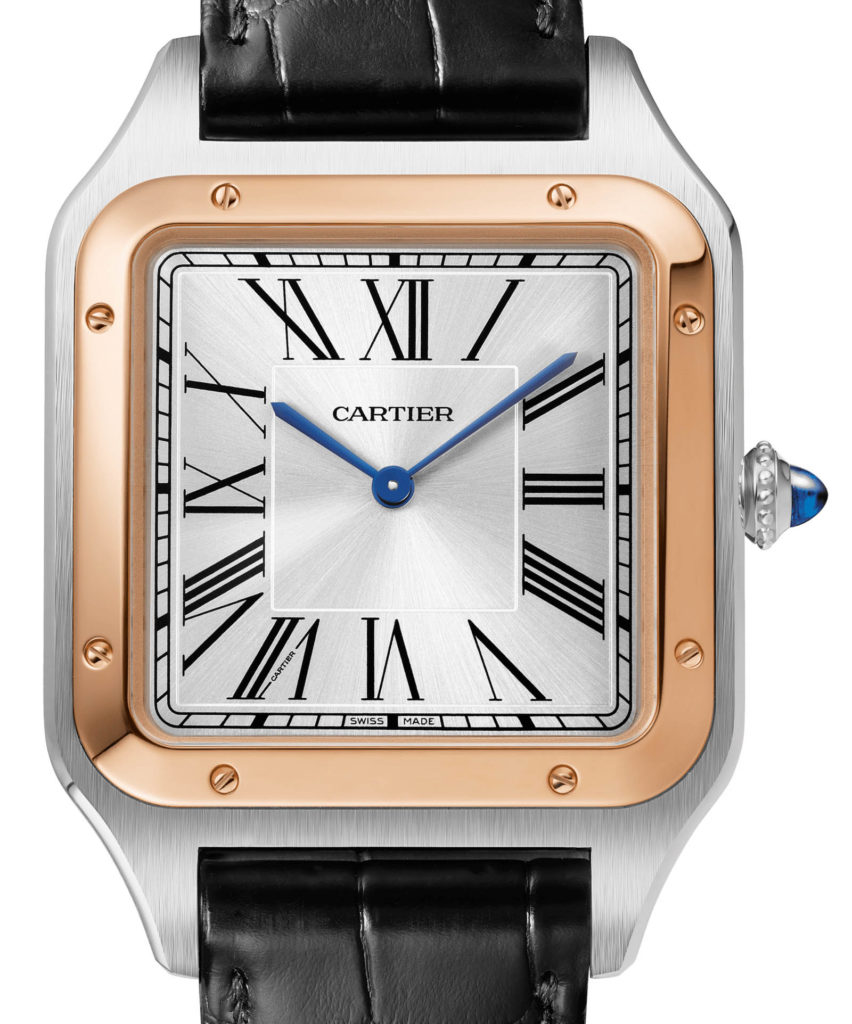 The new Santos XL Hand Wind watches come in three distinctive colours that complement the design. You can have either stainless steel with a blue leather strap, two-tone steel and pink gold with a black leather strap or full-on rapper-level solid pink gold with a grey strap. Prices haven’t been announced yet, but expect them to cost roughly €5100, €7000 & €13,000 respectively.