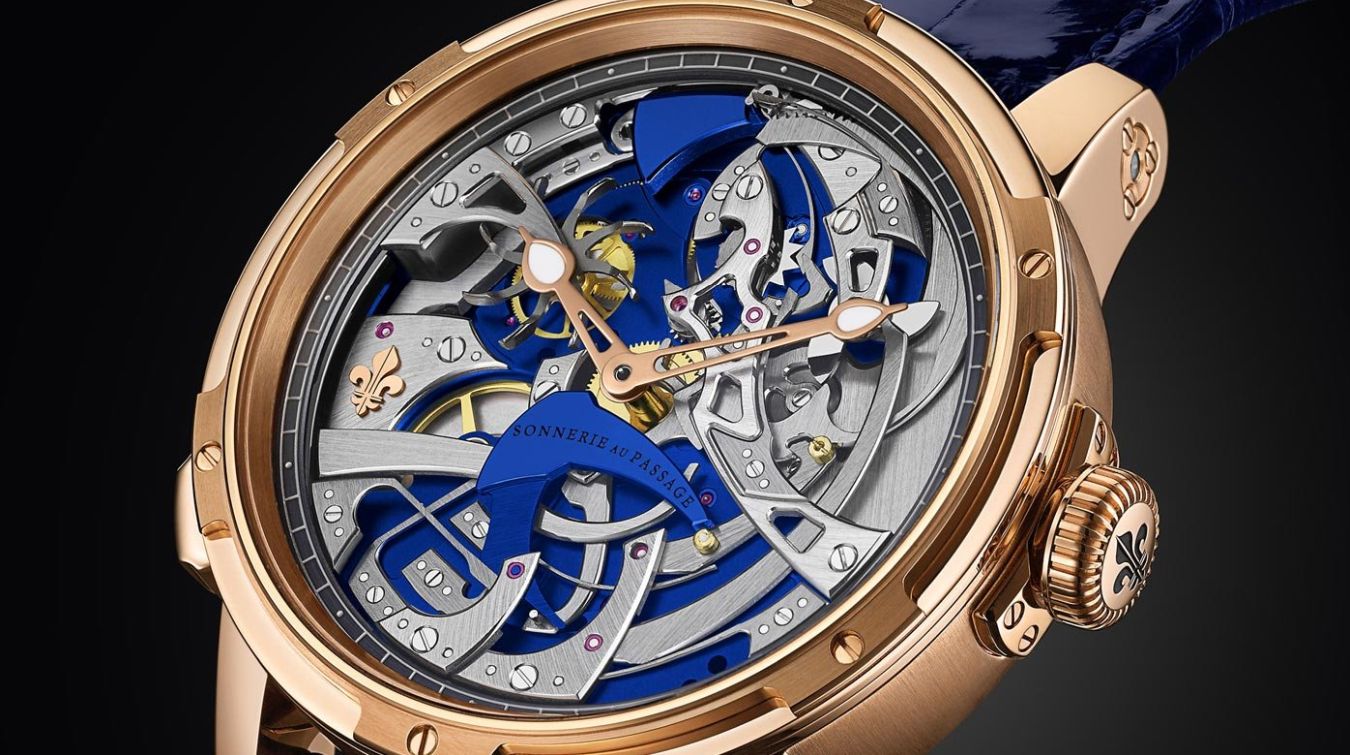 The Ultravox movement is released yet again as the brand celebrates the 250th anniversary of the birth of Louis Moinet in Bourges, France. Technically, it was developed with Master watchmaker Eric Coudray and his team. Coudray has 20 years of work done at JLC before joining Cabestan in 2008 and is known for the cult Jaeger-LeCoultre Gyrotourbillon. He was awarded the prestigious Gaia prize in the craftsmanship creation category in 2012. He finally joined TEC Ebauches in 2016.

Louis Moinet combines great respect for traditional watchmaking with an original creative approach as seen with the new Ultravox which is a limited edition of 28 pieces. The brand also rethinks a mechanical passing-strike mechanism which is a proven centuries-old horological complication rarely implemented by contemporary watch manufacturers. 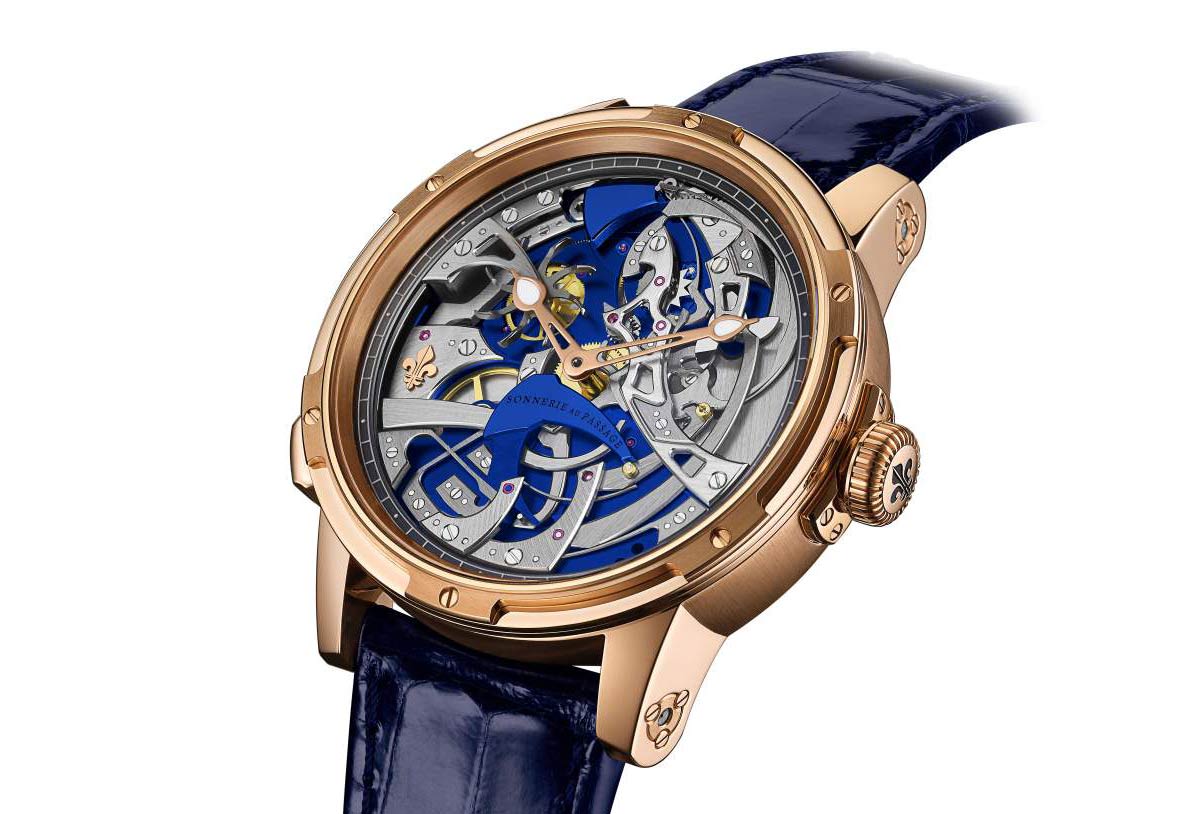 The 46.5 mm x 14.5 mm pink gold case looks cool balancing the elegant effects of gold with the sheer mechanical design of the case. By mechanical design, I mean the 6 screw bezel and the knurled crown that is decorated with the logo of the brand. Housed inside is a sophisticated 316-part movement beating at 4 Hz (28,800 vph) frequency. It is equipped with two self-winding barrels, that ensures that the hours will be struck with no interruption. This can be seen through the sapphire crystal caseback although in front is where the magic happens. Each barrel functions uniquely: one is exclusively working for the striking mechanism with a 90-hour power reserve; while the other barrel ensures the precision of the hours and minutes for up to 38 hours of service. The movement is also adorned with Geneva stripes. The twin micro-rotors also feature a black finish with gold engraving. 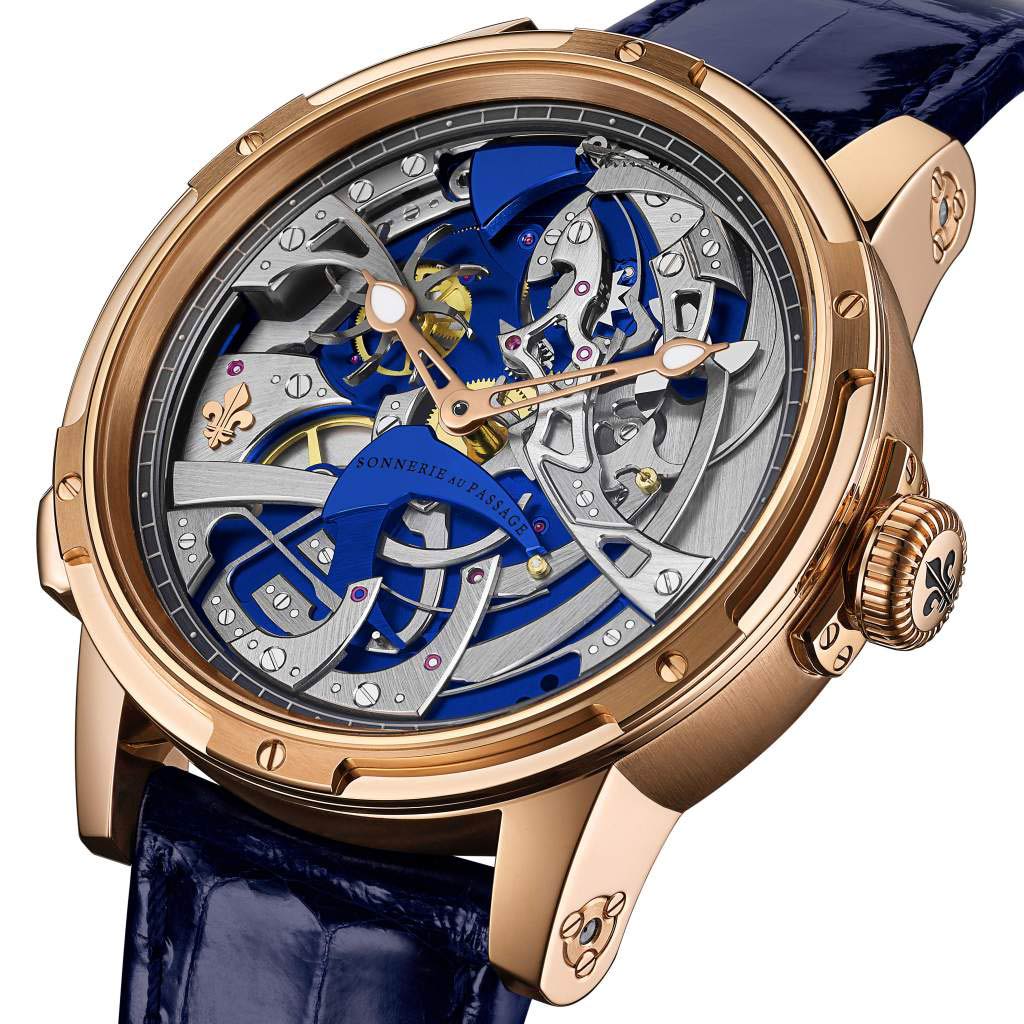 Moreover, the Louis Moinet Ultravox’s rare complication displays the striking mechanism up front on the dial giving an skeletonized appeal. It is splendid where you can see the effect of the pusher at 8 o’clock that allows the wearer to choose the silent mode as it disengages the chime function. The pusher at 10 o’clock strikes the hours directly by demand which is good for when you want to be noticed or just test the beat. We can also see the eye-catching fly-wheel that uses air resistance to regulate the chiming rhythm and speed. Technically, the air resistance on the wheel’s blade increases with the fast rotation of the fan allowing a seamless integration.

The new Louis Moinet Ultravox comes with a classy alligator strap fitted with an 18K gold folding buckle in the shape of the brand’s lily logo. The black strap not only looks superb and cool but its neat folding buckle is very functional. There will only be 28 pieces of this watch so that is really a rarity. At CHF 130,000 price point, I believe it is geared to net collectors and the brand’s loyal fans.

Finally, to recap quickly, this is a chiming watch, highly skeletonized both up front and back. The color combination is nice but I wonder how it would turn out in white gold or steel. Visit Louis Moinet here.