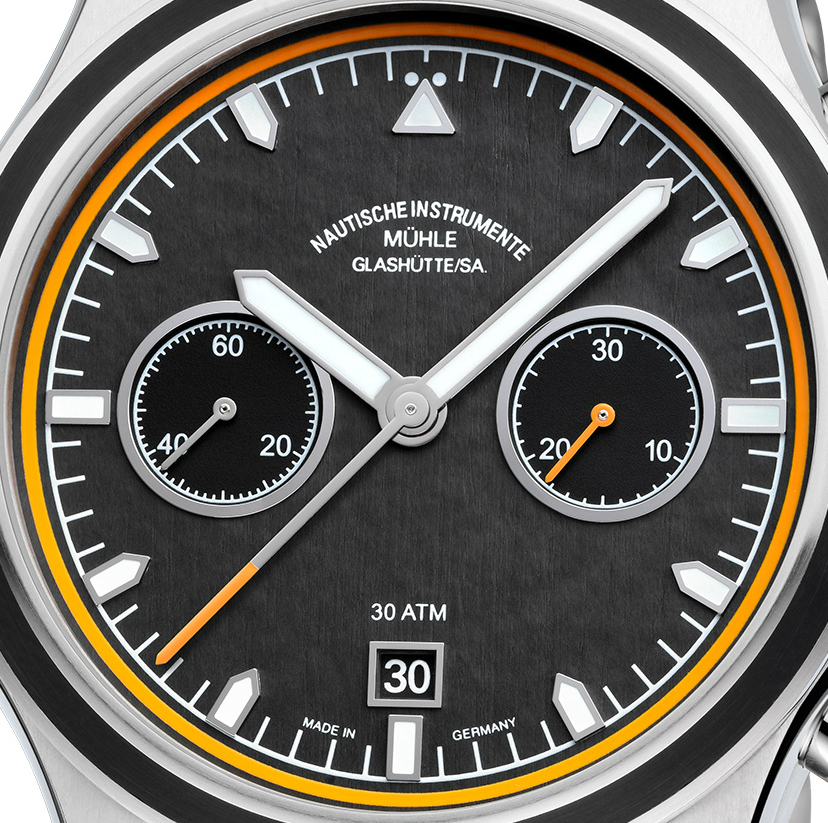 Do you love sports watches but hate the often huge bezels that are attached to them? Do you find that the usual array of subdials involved with a chronograph watch just gets a bit too tedious for every day life? Are you bored of the usual slew of sports watches such as Rolex, Omega, Breitling and many others? Perhaps what you need doesn’t hail from Switzerland at all, maybe it actually comes from Glaschütte, Germany. A.Lange & Söhne and Glaschütte Original aren’t the only companies there as the town is also home to manufacturers of sports watches and affordable watches too, this is one of those.

The designer of this piece, Theo Mühle called the watch a ‘logical step’ for the company. He himself spends a lot of time either at his desk thinking about his next mountain bike ride, or going out on his next mountain bike ride. He wanted the company to have its own watch that transfers faultlessly between his two jobs without the need for a major change in wrist attire. The classical design of the case itself with elegant lugs and flowing crown guards shows to the distanced onlooker the owner has a contemporary dress watch while the combination of a grey dial and a bright orange ring inside the bezel and on the hands show someone up close you’re actually a die-hard activity animal and hate being stuck at the desk. 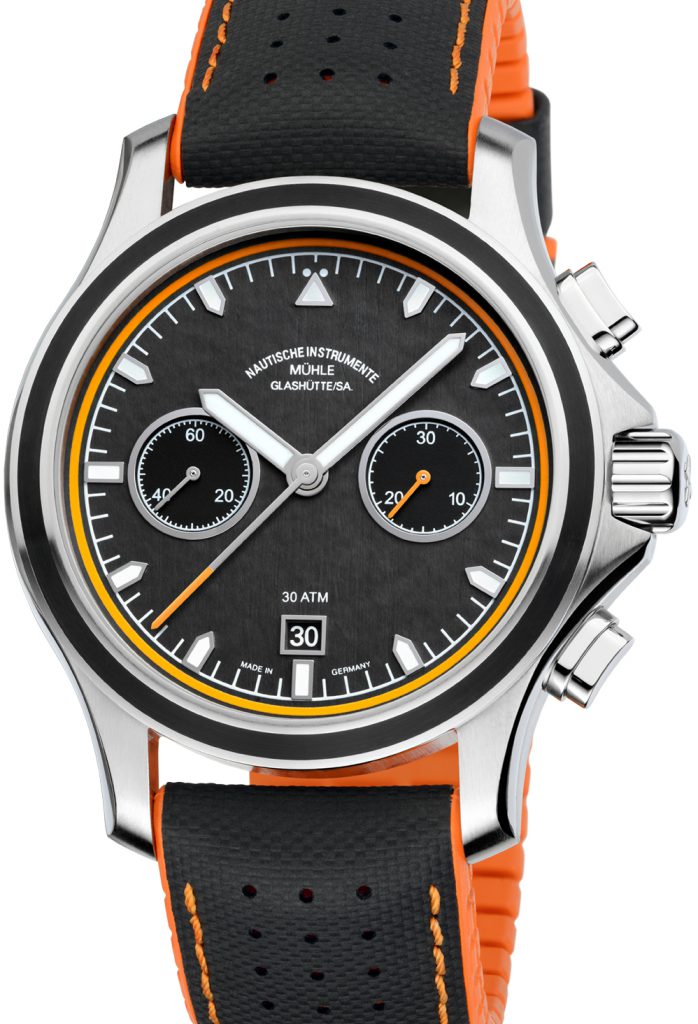 One of my favourite parts of the watch is the simple chronograph which only counts up to 30 minutes. I like the fact that they chose to go the route of two subdials and less complex design than adding more subdials for the sake of it. How many things that need timing require a chronograph anyway? You could use simple intuition and work out where the minute hand will be when the time is up or if it’s over thirty minutes you’re probably going to use the alarm on your phone instead.

Don’t let that fool you into thinking that they’ve gone out of their way for little gain, the sports watch market has been the biggest in the wristwatch game for a long time now with several icons coming to fruition over the years. While Mühle-Glaschütte is looking to have a crack at the sporty market for young and often rich go-getters, that doesn’t mean they’re simply abandoning shop and forgetting everything they’ve done over the years. The hallmarks of the company still prevail in the design such as enormous sword hands coated with bright blue SuperLumiNova. Also, notice the dial which is carbon coated and an unmarked ring of black ceramic around the bezel which keeps to the dress/sports design. 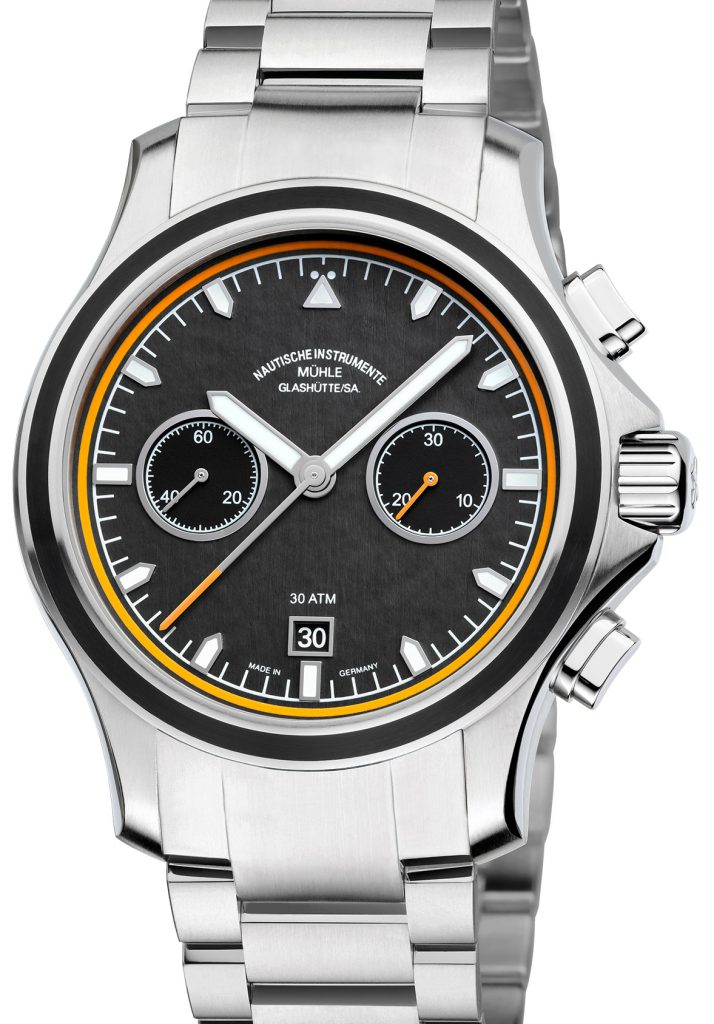 Mühle-Glaschütte has loaded this new sporting piece with their MU 9408 movement which is automatic movement with hacking seconds and their woodpecker neck regulation system which has received a patent. The 44mm steel case protects the watch to 300m underwater and yet still shows off the chronograph movement through the back. The watch will sell for $4299 on a black Hirsch sail cloth strap and $4399 on the steel bracelet.