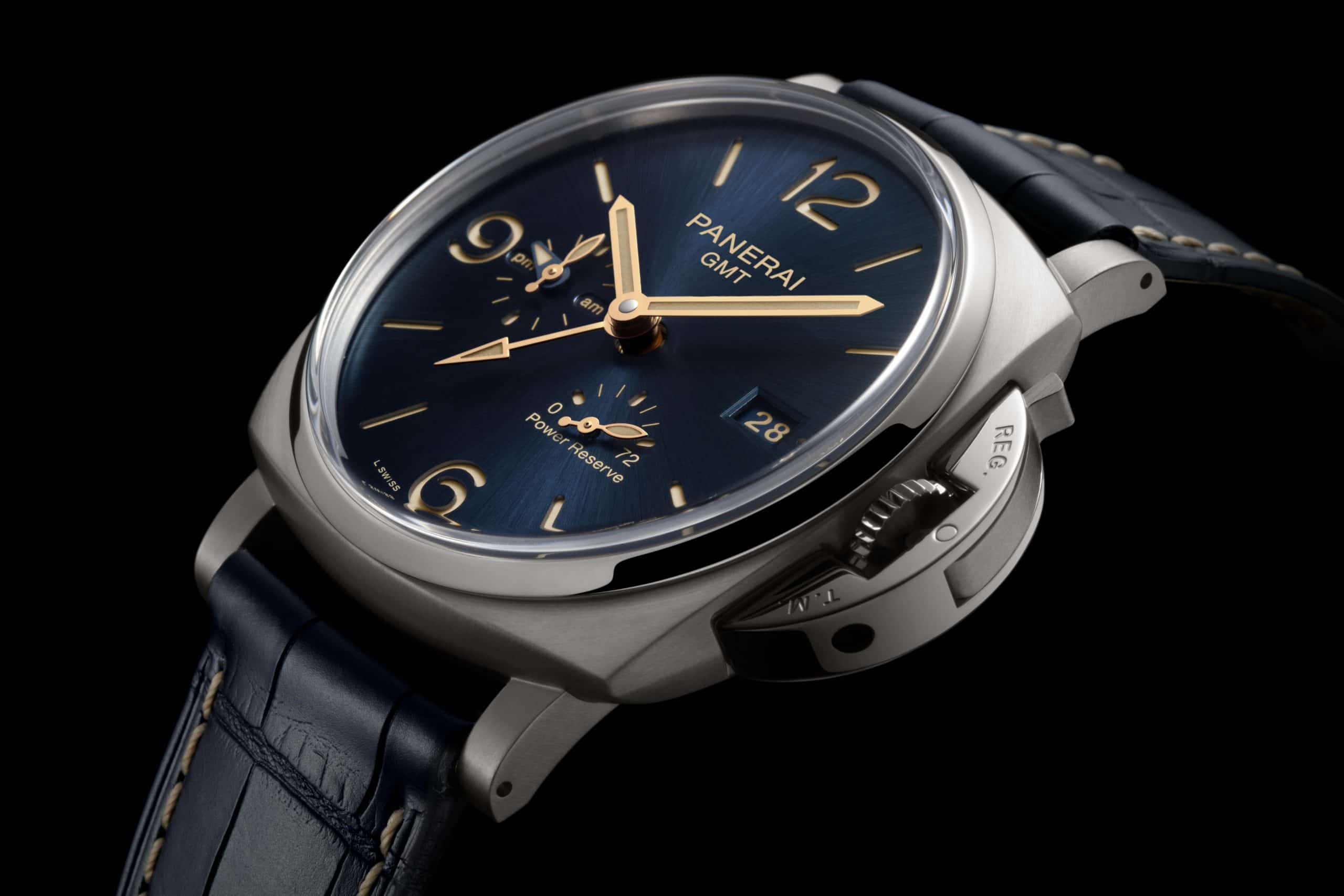 Known for its oversized and masculine sports watches Panerai diversified its product catalog with the Due collection in 2016. Featuring a broad variety of case sizes ranging between 38 -45 mm, elegant looking dials and slimmer movements, the Due collection comprises of versatile watches with the Panerai DNA that are suitable for both formal and casual environments. For 2019 the Due collection is being expanded to include six new watches; Three new models with a titanium construction and the remaining three featuring stainless steel or Goldtech TM case. Also, being introduced along with these watches is the new automatic caliber P.900 which happens to be the thinnest from Panerai yet. So, lets have a quick look.

The common ingredient on these three watches is the use of titanium for their case construction, which makes them stronger, more corrosion resistant and most of all lighter than their stainless-steel counterparts. Apart from the choice of material, the overall case design remains quite familiar to many other Panerai models. The cushion style case combined along with the brand’s patented crown assembly lend these watches a distinctive visual identity making them easily identifiable as a Panerai from a distance. Size has always been a controversial topic when discussing a Panerai and this has been taken care of with the Due collection including these new watches. Short wristed people can opt for the 38mm PAM00926, medium wristed can go with the 42mm PAM00927 and the large wristed can enjoy the presence offered by the 45mm PAM000964. The dials have been rendered in blue and feature a beautiful sunburst finish lending an elegant character to the watch. As for the layout, you still have the ever-loved sandwich-style construction with bold cut-out Arabic numerals, a date window at 3 and power reserve indicators along with a GMT function (only on the PAM000964).

As opposed to the watches we discussed above the case on the PAM01043 and PAM01046 is constructed from stainless steel whereas the case on the PAM01046 is made from a special alloy called Goldtech. A special mix of copper and gold, Goldtech emits a warm red hue which gives the watch an additional dose of elegance and sophistication. The case design on these watches is similar to their Titanium-based siblings apart from minor differences in the overall finishing. The dials this time around have been presented in an opaline white shade which is complemented by the custard colored luminous paint used on the indices as well as the hands. Even the dial layout has been tweaked a little on these watches, the sandwich-style construction has been replaced with a flatter dial with printed numerals and indices. Two different case sizes are on offer; the PAM01043 and PAM01045 measure a relatively small 38mm in diameter whereas the PAM1046 measures a slightly larger 42mm.

Powering these new watches are a couple of new in-house movements. The date and time only models (PAM00926/PAM1043/PAM1045/PAM00927/PAM1046) would be powered by the new P.900 caliber. This is an automatic movement that operates at a frequency of 4 Hz and offers a power reserve of around 72 hours. Coming in at around 4.2mm in thickness, this is one of thinnest automatic movements being produced by Panerai and is responsible for the slim profile of these new watches. To power the GMT model (PAM000964) Panerai has opted for the in-house caliber P.4002. This movement once again operates at 4Hz and offers an autonomy of 72 hours. It is also worth noting that despite being a GMT the movement is just 4.8mm thick.

To sum things up I would like to say that Panerai has shown a great focus on their elegant Due collection with these new watches. All models would come attached to matching leather straps equipped with a handy quick-release mechanism making it easy to changes the strap if needed. Prices for the respective models are as mentioned below.