Rolex vs Omega: Are They That Different?

To put this article into context, I’m not, as I have been repeatedly asked before, remaking the Seamaster vs Submariner article from the Clash of the Divers series that caused quite a commotion in the comments feed. That article still stands although BaselWorld is around the corner now. No, what I am going to attempt to do is look at the companies in general and examine just why they are more dependent on each other than you might expect.

If you go into any non-brand associated forum and ask the simple question of “Submariner or Seamaster?” you’ll get a whole gamut of responses. Some will cite Omega as the one to go for, while a lot will big up Rolex and talk about the ‘better’ movement and 904L steel and so forth. This then, in turn, upsets the owners of the new Master Co-Axial and Master Chronometer watches as they tend to state the higher accuracy readings, more stringent testing and Omega’s broad use of construction materials. Take a step back and you can instantly see how anyone new to the game of watches would be considerably baffled by the array of comments coming in. I’ve met a few people in the very extremes of both camps who state how they would never even consider the opposition’s watch, but, like it or not the two companies actually share quite a history and wouldn’t be here today without the competition from the other. Let’s take a closer look.

We’ll start off with Rolex which has ended up being responsible for a number of things we see on modern day watches from waterproof cases to automatic rotors and such. Rolex is known best for the practicality of its watches, each watch is designed to go above and beyond what it’ll actually end up being used for and Rolex will make a song and dance about the practicality of their products. Let’s face it, almost all of us will never explore the depths our watches are designed to reach, in fact, it’s most likely they will end up going as deep as the washing up sink or maybe the pool. However, we still buy these watches because we like to know they can go all the way and back, even if we can’t. In this respect, Rolex nailed it in making sure that even those who have no interested in watches are aware of the capabilities of their watches.

A lot of it stems back to an innovation still in used today, the so-called ‘Oyster’ case, aka the first hermetically sealed watch case. It was an amazing feat of engineering in the mid-1920s and ended up on the Submariner as well. This case idea stems from the fact that pressures increase depending upon how far down underwater you go. The further down you go, the more pressure is applied to the components of the case, thus ensuring it becomes even more watertight, to a point of course. The Oyster case design is used by nearly every manufacture of sports watches and for good reason. Although Omega did invent the first true diving watch in the 1930s, as discussed in our Golden Era article, the design relied on one case sliding inside another one which is watertight and also complex and so forth, as much of an icon as it is it wasn’t the best solution. If you really want to keep a tally on this article, then make that score one for Rolex.

However, while everyone was busy concentrating on how to make watches for the war effort, Omega had a different idea. René Bannwart, the eventual founder of Corum watches, changed the way Omega and pretty much every other company would approach the design of their watches. It was in 1940 that he set up the company’s in-house design department, the first of what would become many. Before it was done in watch case factories by draftsmen using records of previous designs, now though it had become something of an art. The first product was the 100th anniversary of the company, which ended up being called the ‘Seamaster’. Bannwart, pushed for time with this watch, ended up presenting the watch unfinished and, he thought, clunky. Despite this, the executives loved it and the Seamaster went into production and was issued to the RAF during WWII. In-house design departments? Most companies have them nowadays, so if you are keeping score (even though there’s no need), add that to Omega.

Omega ended up using the style developed by Blancpain and Rolex for their popular Seamaster watches. They also incorporated automatic winding movements inside them as well, these used the design created by Rolex, who themselves improved upon a creation by English watchmaker, John Harwood. This design ended up being used by pretty much everyone these days in their automatic watches, even Omega uses them (although they do decorate and display their movements). But, what has Omega done for Rolex recently?

Do you remember the Explorer II holes case? Or the bracelet on the 90s Submariner? How about the dreadful stamped clasp components? These were all pretty common of Rolex watches of the times, some will argue that they really were the epitome of a working watch, but nowadays your average joes have more cash to spend and expect more for their money in return. So imagine the looks on the faces of those Rolex owners when other blokes came in showing off their shiny new Omega Diver 300 watches with their elegant clasps and solid build bracelets. It took Rolex a little while to respond, but now they are up there with their bracelets.

Rolex then countered this with the development of a ceramic bezel on the Submariner and GMT Master II lines. Ceramic having a few benefits over the metal bezels beforehand, it was much more resistant to scratches, it won’t fade over time and keeps the pristine look for longer which should help for resale values. Rolex then followed this up a while later with the GMT Master II BLNR edition which uses two different colours of ceramic on the same ring, an incredibly demanding project for the company.

So what does Omega do? They strike back with a new ceramic technology they developed called LiquidMetal. LiquidMetal aims at protecting the metallic parts of the bezel. By chemically fusing the two metals together, Omega created for itself a technology that allowed the bezels of its sports watches to be three times as hard as stainless steel, as well as creating an absolutely seamless finish to the bezel when viewed through a loupe.

It was only recently that Rolex announced it would step up the already stringent quality control tests on its watches as well as offer a 5-year warranty on all its new timepieces. Their watches have been chronometer rated since 1910 and all watches in their lineup are COSC chronometer rated even today.

A Fortnight Review: Two Weeks On The Wrist With The NOMOS Glashütte Autobahn Neomatik 41 Date Watch

Hitting back once again, Omega worked hard to create the world’s first Master Chronometer watch, that is to say, a mechanical watch that passes all the tests set by METAS and carried out by COSC to ensure the accuracy is unparalleled. Unfortunately, they haven’t been around all that long, so only time will tell whether they are as durable and reliable as the legendary Rolex 3135 calibre. 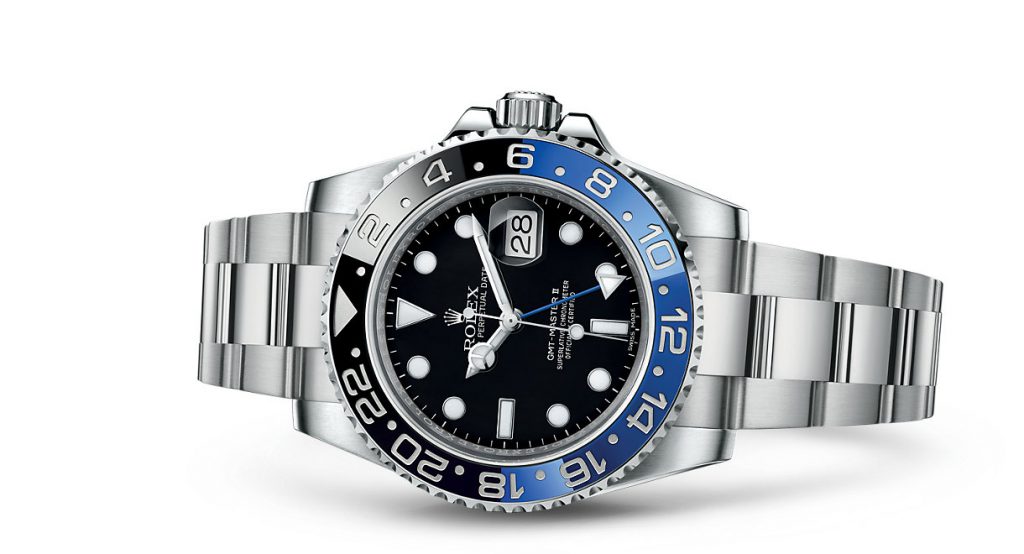 So, with these in mind, it’s fair to say that both companies rely on each other for certain advances and it’s no doubt going to be long before Rolex has a crack at a Master Chronometer rated watch (it is worth noting that the METAS tests are open to anyone, but they’re still fairly new). Also, BaselWorld is around the corner and from the rumours I’ve heard there are going to be some exciting watches this time.

With that in mind, why not comment and tell us what you want to see Rolex do?

Question: Would you rather see Rolex make a brand new model or would you like to see them continue to update their watches every year?