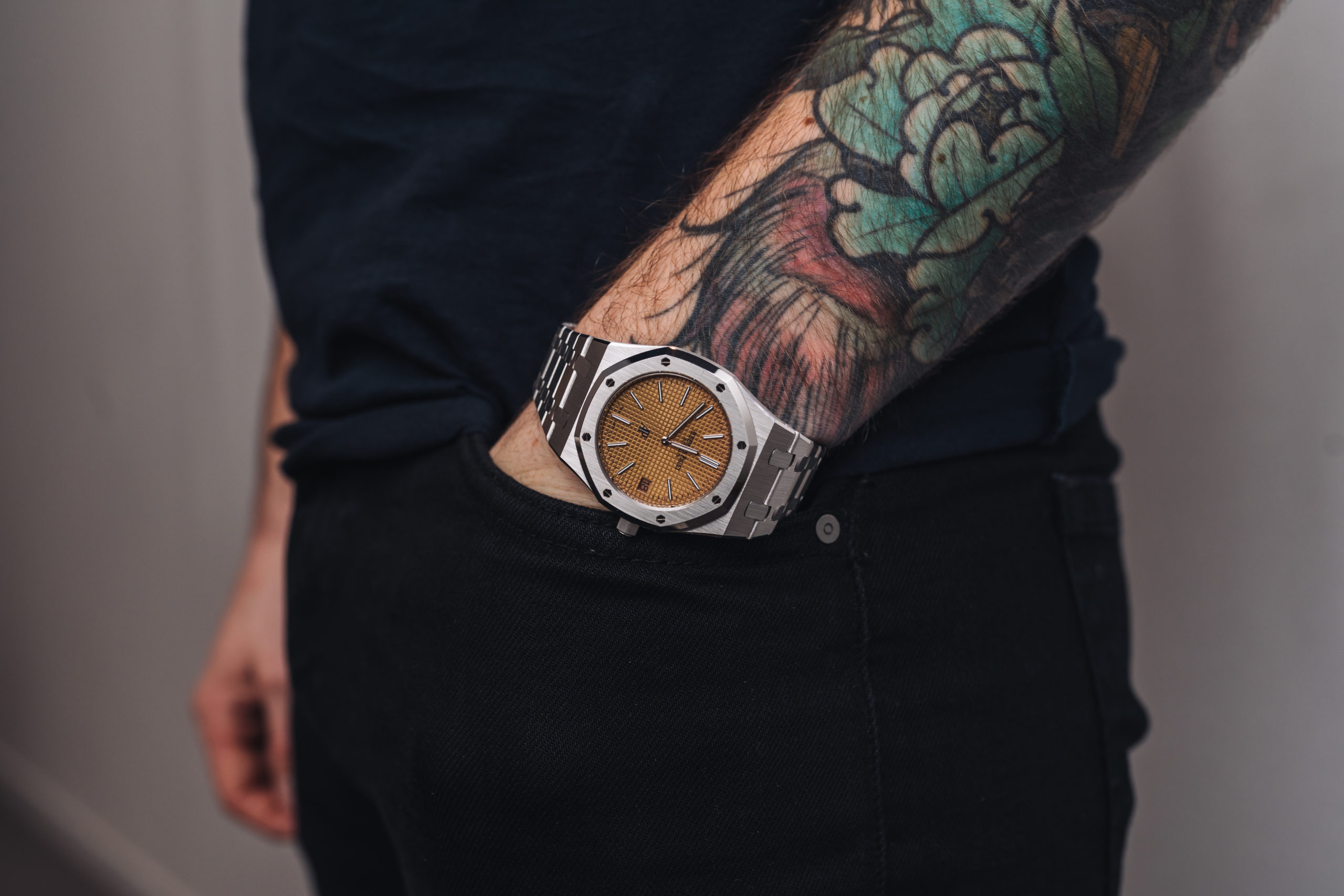 SIHH 2019 was a big event for Audemars Piguet, as after a long gap the brand released a full-fledged watch collection called code 11.59. While the Code 11.59 was received with a lot of criticism there were some interesting updates to the brands staple Royal Oak collection such as the new limited edition Salmon dial Royal Oak Jumbo. 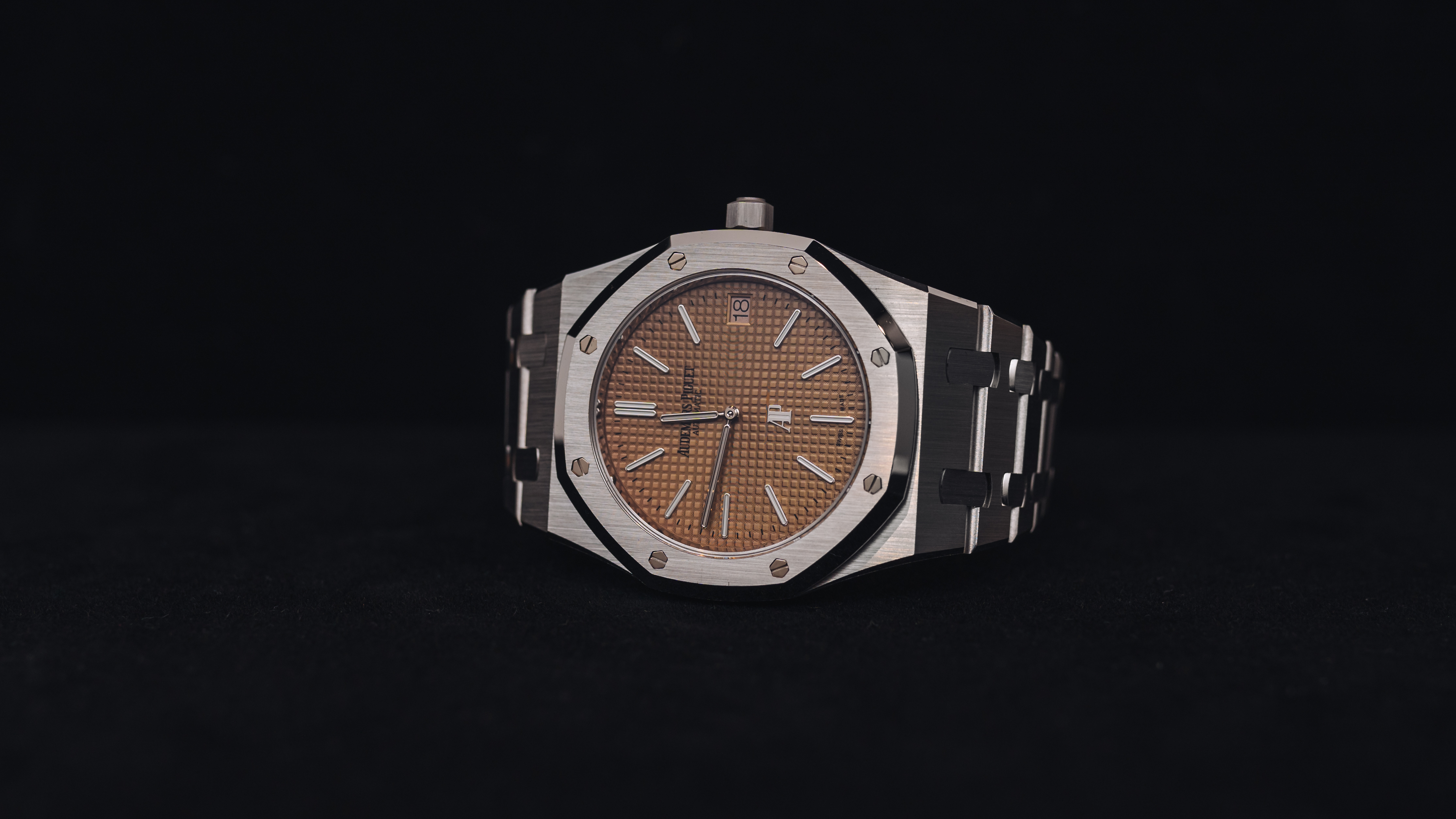 Salmon or pink gold is a rare and unique color tone which is quite uncommon in today’s watch world and the Salmon dial on the Royal Oak Jumbo certainly looks killer. Interestingly this is the second time a Royal Oak has been rendered in this color with the first one being a limited edition watch that was released in 1992 to celebrate the 20th anniversary of the Royal Oak. Apart from the new colorway the rest of the dial is a familiar Royal Oak affair with applied white gold indices, a baton style handset, a beautiful Petite Tapisserie pattern and color matched date window. All printed elements on the dial have been rendered in black which provides a nice contrast to the pink gold base and makes for a clean and legible dial. Further to that the markers and handset have also been filled with luminous material to aid low light visibility. 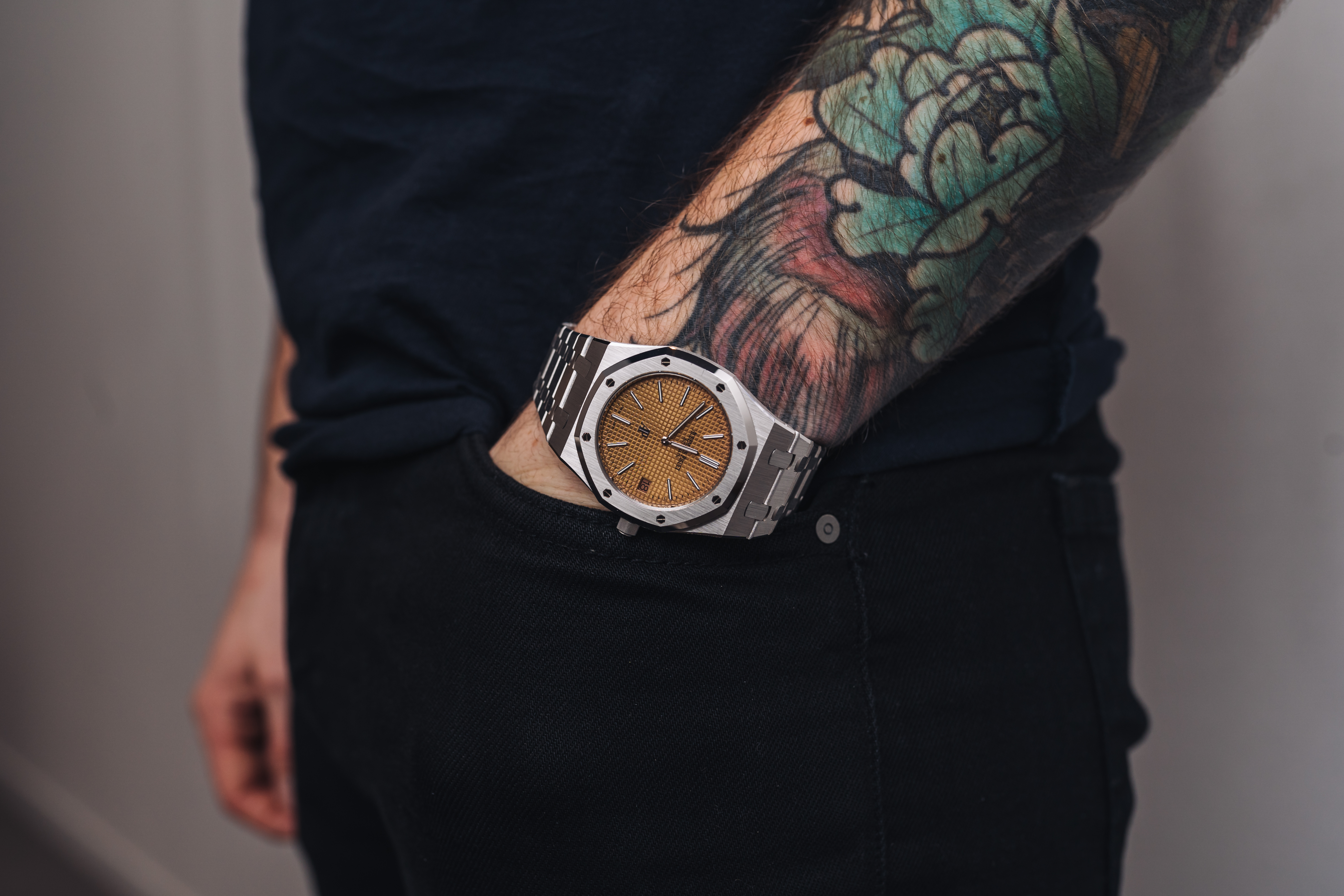 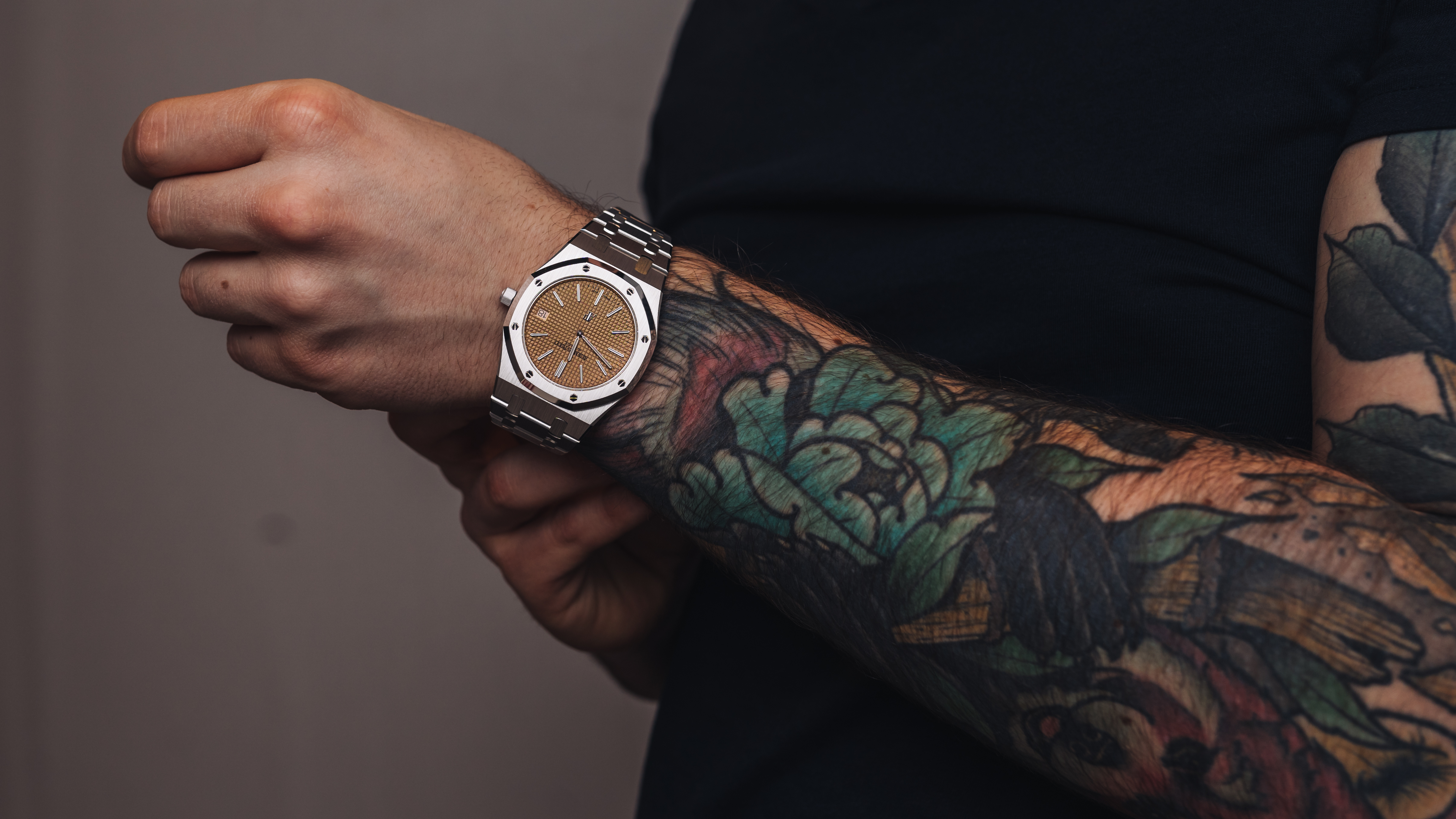 The 39m case is made out of white gold and is just 8mm thick making this a watch that would sit comfortably on a variety of wrist sizes and slide easily under those cuffs. All signature design highlights of the Royal Oak are present which includes a beautiful angular mid case with an integrated bracelet, an octagon-shaped crown and an octagonal bezel with screws. Finishing on the case as expected is top notch with some very fine brushing and beautifully polished surfaces. 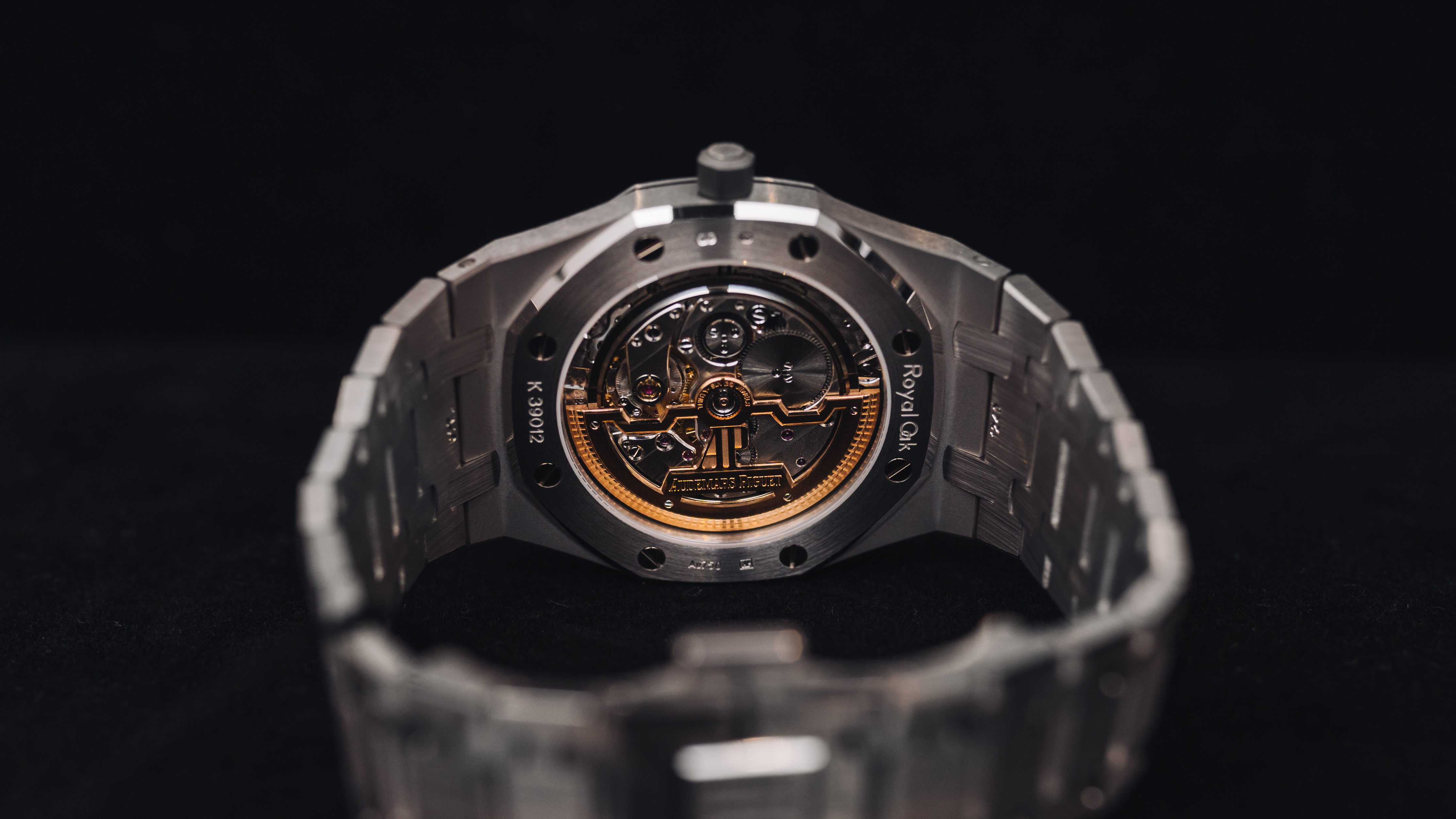 The watch is powered by Audemars Piguet’s in-house 2121 movement which beats @19,900 bph and offers a power reserve of around 40 hours. Overall, this is a great new release from Audemars Piguet and in case you really want to get your hands on one you would certainly have to act fast as the watch is limited to a production run of only 75 pieces. The watch would retail at a price of $55,400 and would be sold exclusively through Audemars Piguet’s boutiques around the world. Visit Audemars Piguet here.