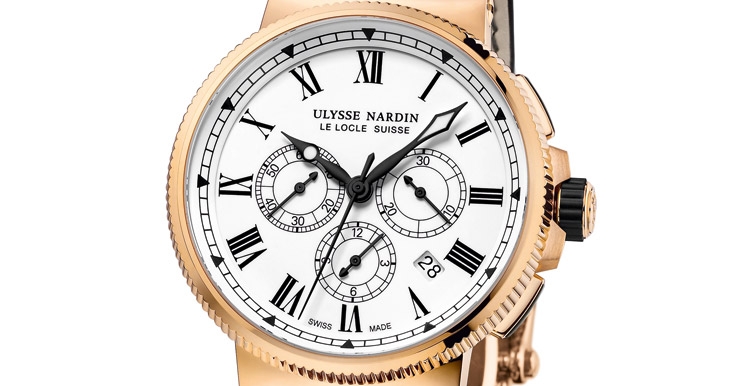 Fine Watchmaking would not exist without History; likewise there would be no History without Heroes. Giving free rein to his watchmaking genius, Ulysse Nardin inscribed his name in the annals of the nascent merchant navy during the second half of the 19th century. His marine chronometers, world-renowned measuring instruments, were used on many ships. Nearly 170 years later, like a bridge spanning time, the new Marine Chronograph Manufacture not only embodies the values of innovation, reliability and high precision that were cherished by the founder, but also marks another step towards the Ulysse Nardin company’s end goal: independence. The enamel Grand Feu dial and the UN-150 movement featured on this new timepiece for 2013 are manufactured entirely in-house – including the silicium balance-spring.

In 2012, Ulysse Nardin had already presented its Marine Chronometer Manufacture equipped with the in-house movement UN-118. The new Marine Chronograph Manufacture has now been added to this collection, bearing all the hallmarks of marine instruments: a generously sized case with a 43 mm diameter for excellent readability, a fluted bezel, a screw-locked crown guaranteeing complete water resistance, and solid lugs to ensure excellent stability on the wrist.

However, it is the purity of the dial that instantly attracts the eye. Made by the Donzé Cadrans workshops, acquired by the Ulysse Nardin company in 2011, it is a unique homage to the founder’s designs. In Grand Feu enamel, it demands skills and techniques that are rare today, and which very few Manufactures can still pride themselves in mastering. The craftsman applies the enamel in successive layers, between which the dial is fired at a temperature of almost 900°C. Gradually, from the pure white background emerges the intense black of the roman numeral hours, the railtrack minute circle and the various counters. The pride of Ulysse Nardin, this everlasting Grand Feu enamel dial features on the Marine Chronograph Manufacture in an 18 ct. pink gold limited edition of 150 pieces. 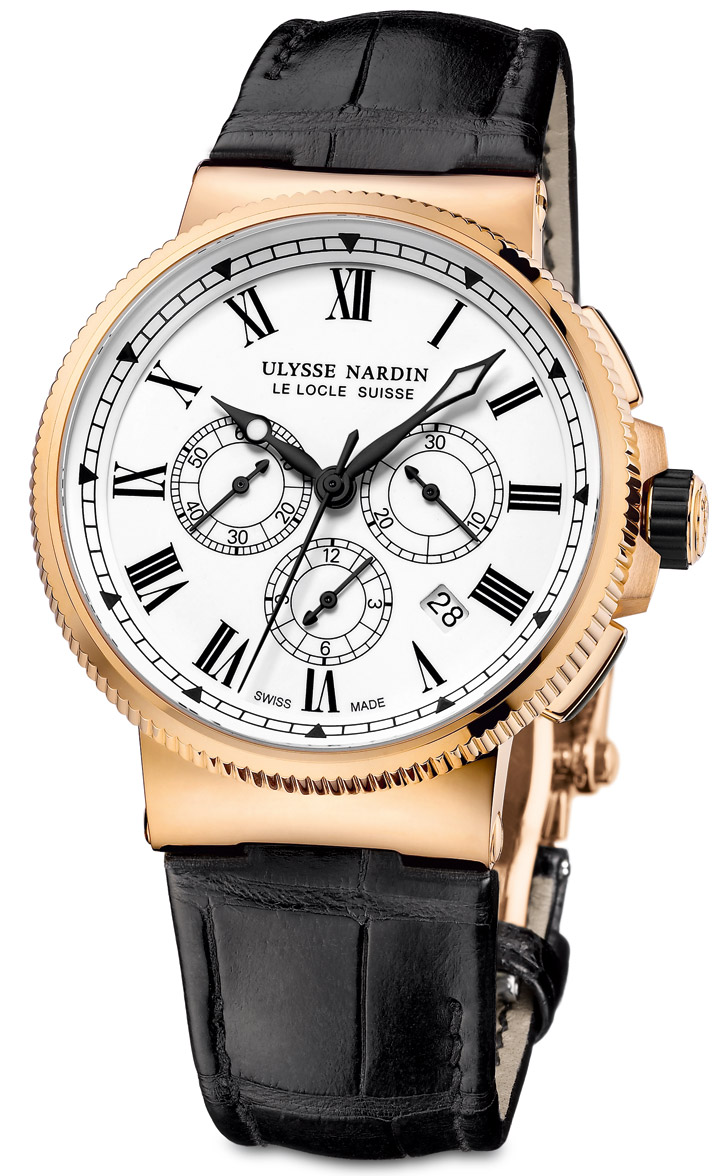 Another of Ulysse Nardin’s proud achievements is the automatic chronograph caliber UN-150. With a 48-hour power reserve, it displays the hours, minutes, small seconds at 9 o’clock, a date aperture at 4.30 and a chronograph showing the seconds in the center, as well as a minute counter at 3 o’clock and an hour counter at 6 o’clock. Made up of 322 components, the watch required two years of adjustments and finishing after its rights were acquired from a leading Swiss brand. Today, it is made in-house by Ulysse Nardin, which has also endowed it with its silicon escapement that beats at 28,800 vibrations per hour, a mark of extreme precision.

At the same time as it pays tribute to the creative genius of the brand’s founder, the new Marine Chronograph Manufacture symbolizes Ulysse Nardin’s quest for innovation and independence. This timepiece has the credentials to launch the family firm onto the greatest oceans of Fine Watchmaking. 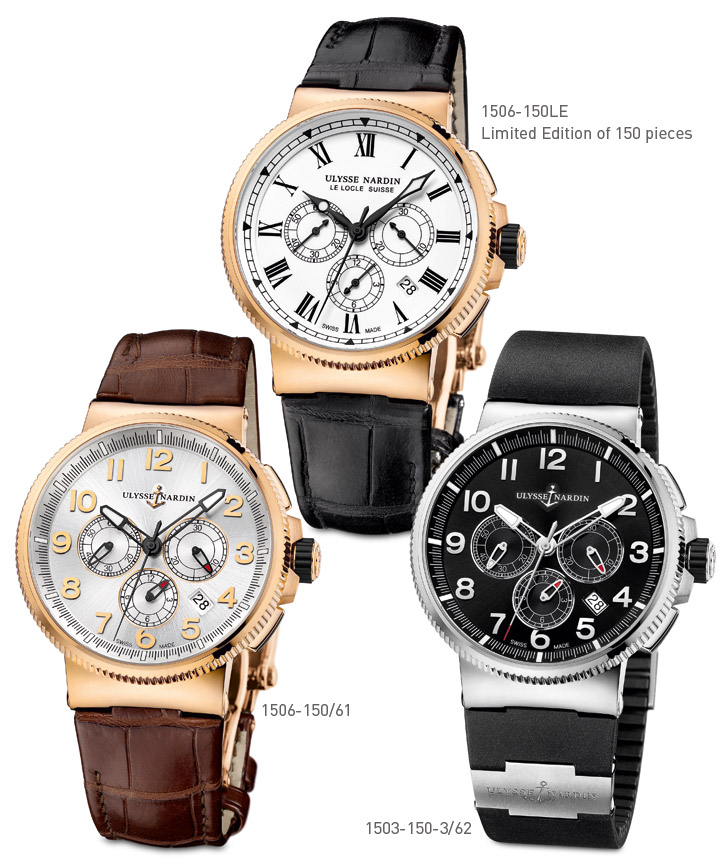