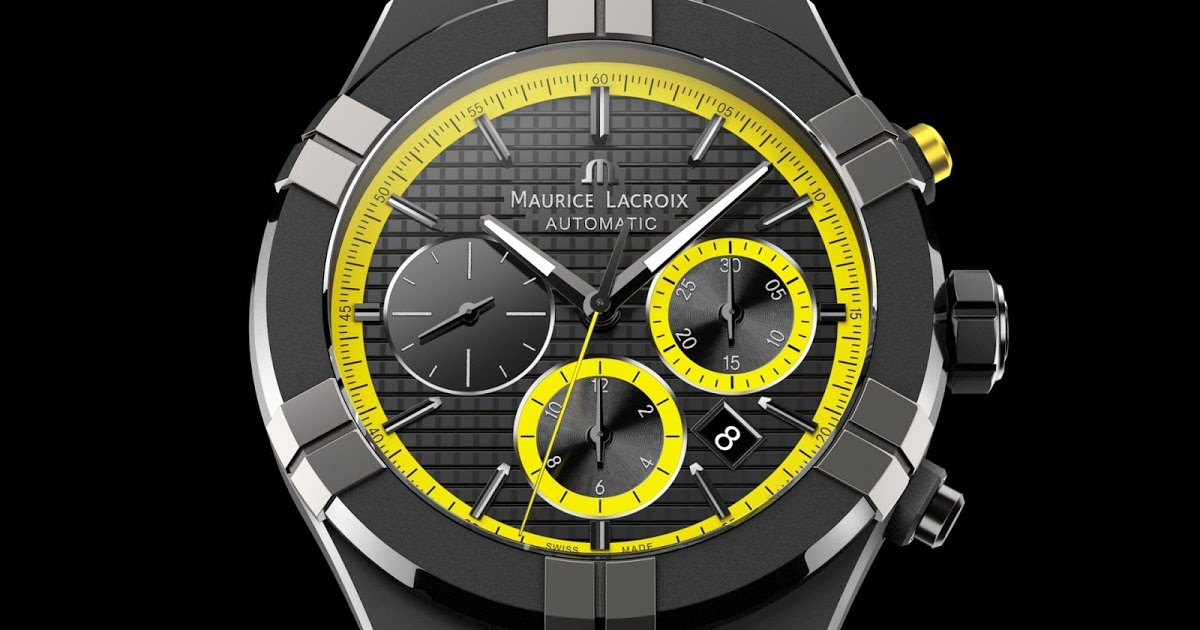 Maurice Lacroix has quite a history, with its roots in the silk trade it was founded in 1889 as Desco von Schulthess but by 1946 the company was a representative for luxury watches including Audemars Piguet, Heuer, Eterna, and Jaeger-LeCoultre. By 1961 Desco had bought an assembly facility in the Swiss Canton of Jura and started producing private label watches for third parties, before moving to marketing watches under the brand name Maurice Lacroix in 1975.

In it’s relatively short history Maurice Lacroix has become an iconic brand. During 1990s their release of high-end “Les Mécaniques” that later became known as the “Masterpiece” line, that saw their brand elevated to the ranks of respected Swiss watch manufacture, helped by their traditional Swiss watchmaking, and let’s not forget the creation of their own movements for the “Masterpiece” line.

Fast forward to 2016 and Maurice Lacroix reinvented their iconic watch renaming it Aikon, and redesigning it giving a sharp, modern appearance, giving it good looks that all but guaranteed it was going to be a best-seller. 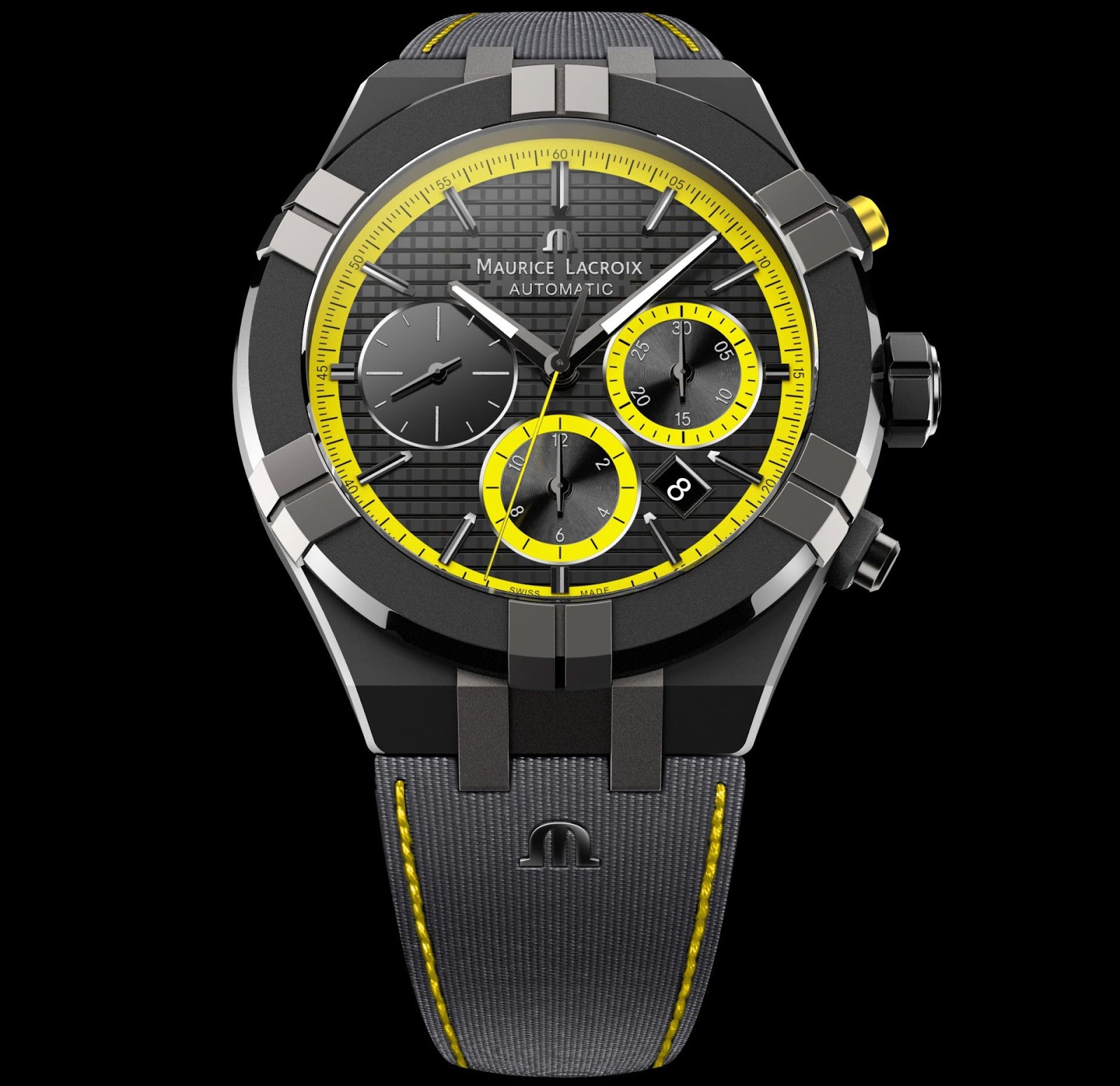 Now, For Only Watch 2017, Maurice Lacroix introduces the Aikon Automatic Chronograph. The updated version of the Aikon will now be fitted with automatic movements, in addition to quartz, and an updated to its look and feel.

Development means the new 44m Aikon is the first ever to be fitted with the automatic chronograph movement caliber ML157 with 48-hour power reserve, running at 28’800 vph.  Its functions give centered hours and minutes, small seconds at 9 o’clock, 30-minute counter at 3 o’clock, 12-hour counter at 12 o’clock, date at 4:30 position. 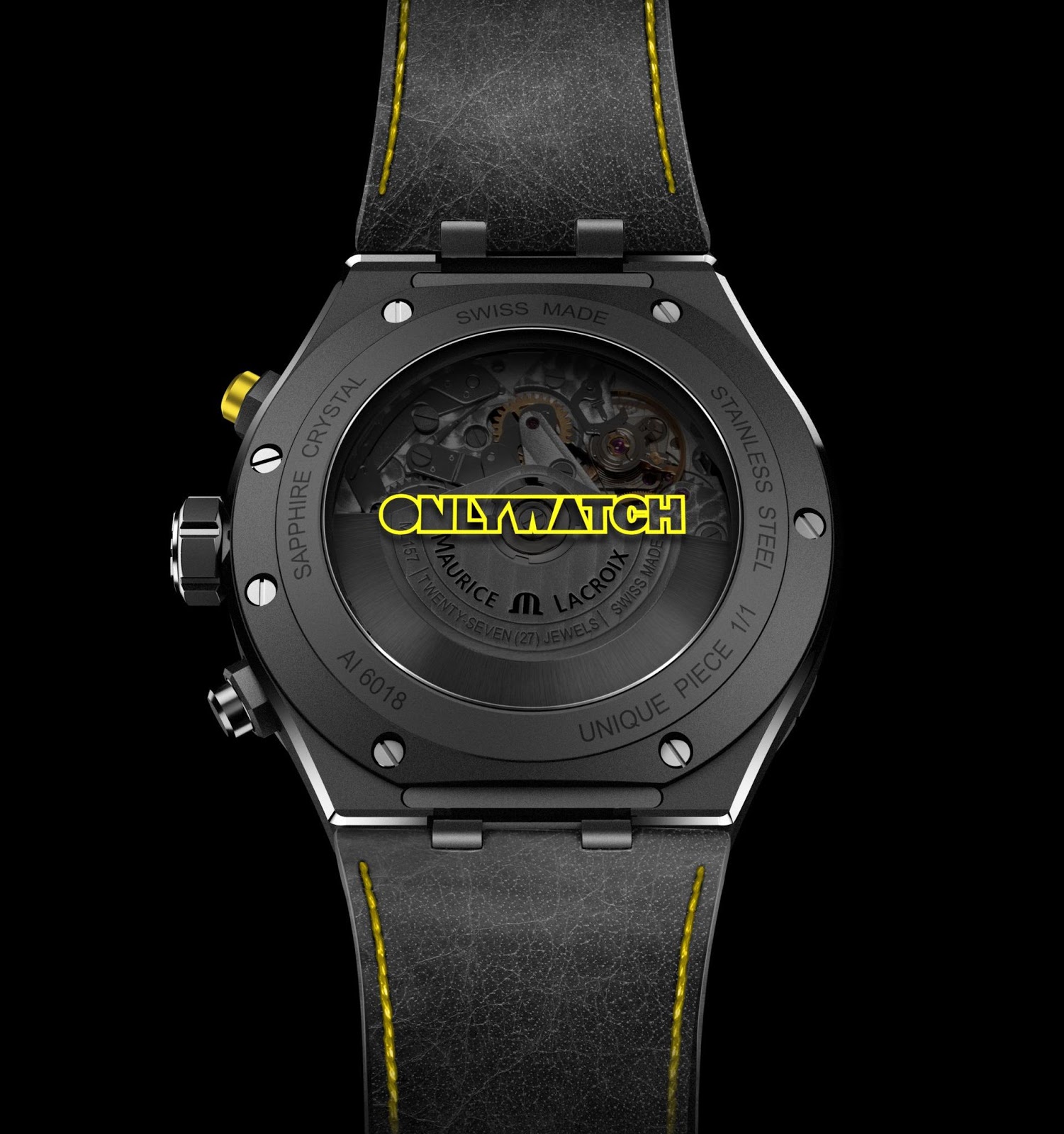 The crystal covered back offers the observer the opportunity to view the new automatic ML157 movement and the rotor arm at work, which is always a joy to behold for any discerning watch enthusiast.

This piece is kind to the eye with its busy, yet functional masculine stance using a beautiful black satin-brushed background with square guilloche dial finish, and yellow minute scale around the circumference in addition to two of its subdials. The black and silver printings together with the diamond-polished black and white luminescent hands stand out well against the sturdy case, and the gray leather strap with yellow stitching reference to the colors of Only Watch 2017 with refinement.

All in all this piece offers a masculine, sporty style with a high-quality finish.

Clearly, this is a well thought through design, built with quality parts to give an all-round positive experience. The piece is clearly a sports action watch but with its subtle design cues, it would be suitable for everyday wear and a casual suit. With an estimated price point of CHF 3,500 to 4,500 or $3,600 – 4,600 it’s priced well to sell large numbers.