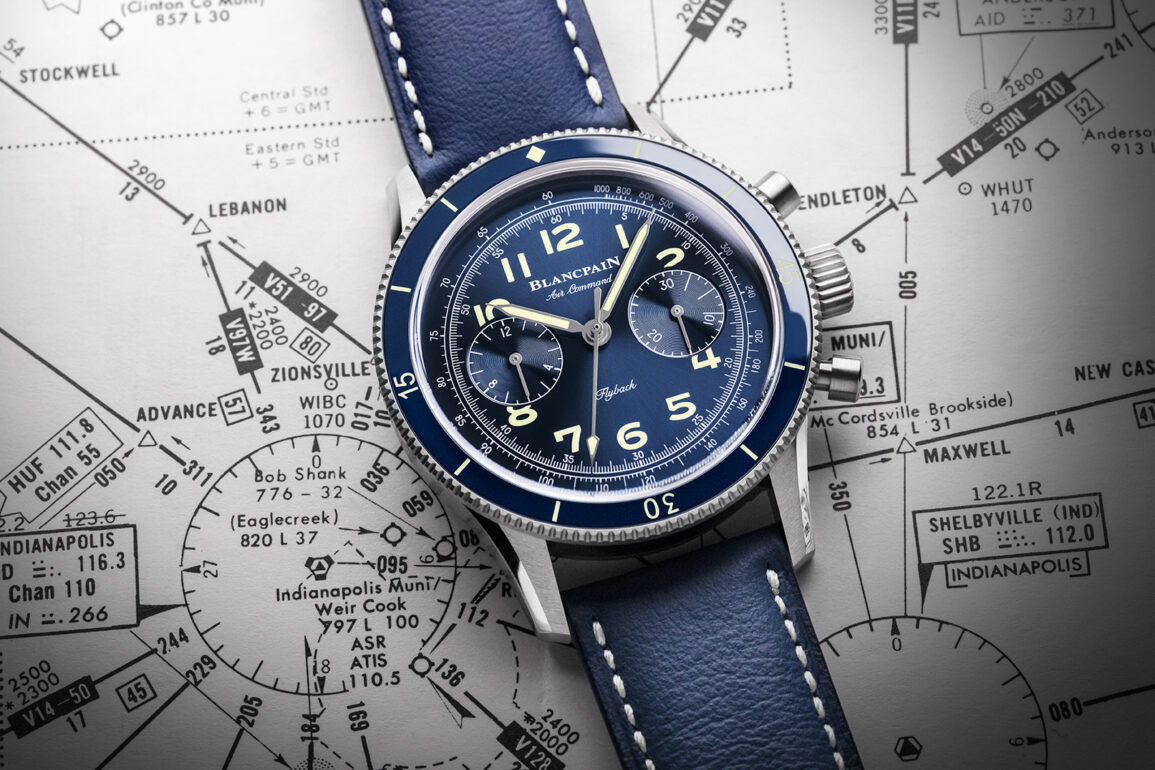 Blancpain makes its coolest watch, the Air Command, a permanent part of its collection.

Blancpain’s Air Command is undoubtedly one of the coolest watches of the 21st century. Well, it’s sort of a watch of the 21st century. Its design is from a run of watches made in the 1950s that never took off (get it, air, take off… I’ll see myself out). Back in the mid-20th century, Blancpain was a maker of specialist equipment available to the general public but not particularly notorious if you didn’t know someone “in the know”, like it is today. It was known for its Fifty Fathoms, which, along with the Zodiac Sea Wolf and the Rolex Submariner, did the groundwork for the diving watches we know today. I suspect that the reason the Submariner often overshadows the Fifty Fathoms in historical terms is that you could buy the Submariner from the shops when it arrived, while the Fifty Fathoms was harder to get hold of and never had the power of the Rolex name. Insult Rolex all you like; it knows how to market itself. 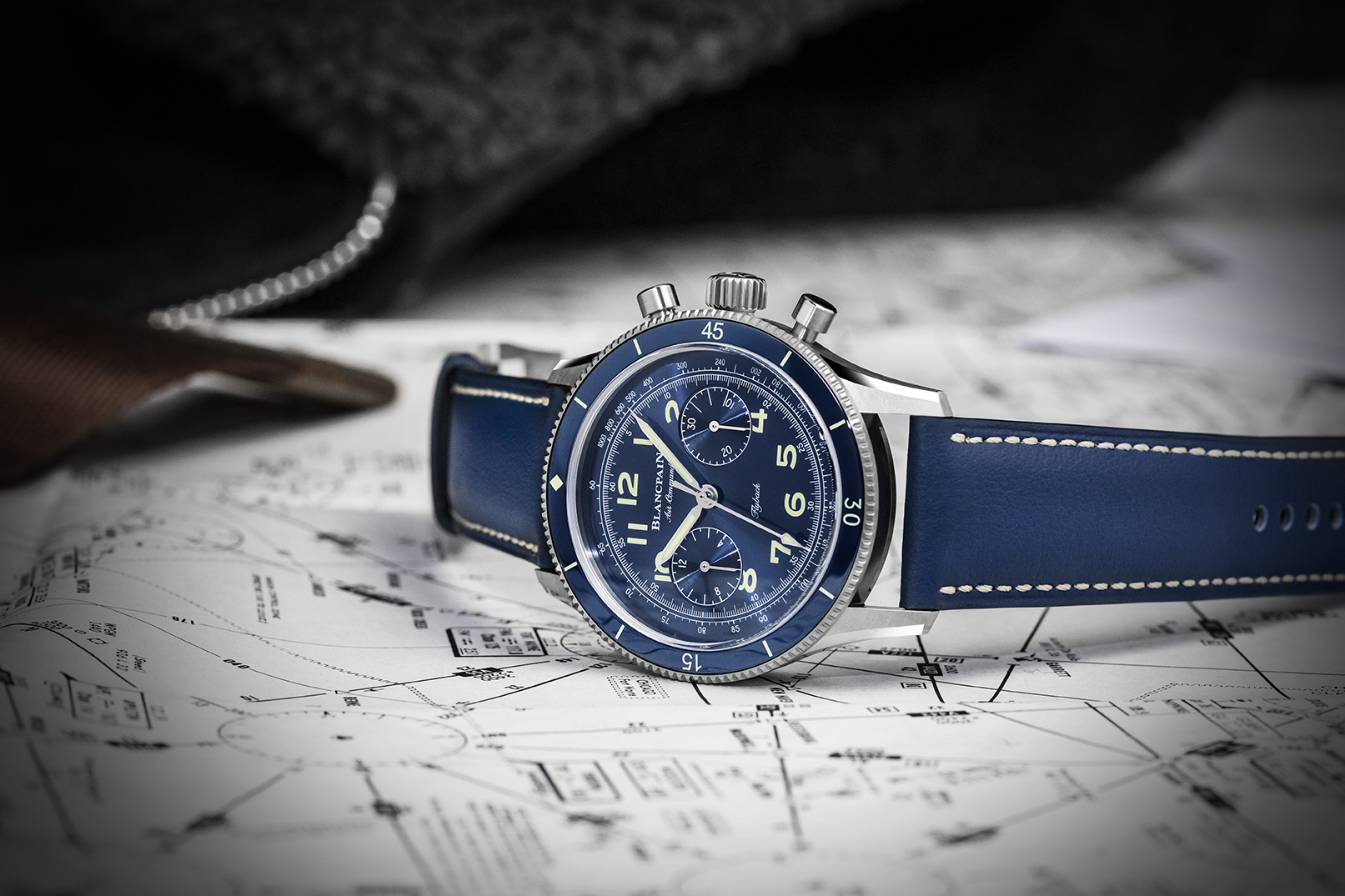 Back to the Air Command. The brass at the US Air Force never ordered any, nor did anyone else. Hell, even Blancpain didn’t keep a record of exactly how many it made. The Air Command name all but disappeared until the turn of the century when it returned for a stint as a GMT chronograph version of the Fifty Fathoms after its 1997 return (thanks Jean-Claude Biver!), but it really was a tribute in name only bearing no resemblance at all to the original Air Command. That changed in 2019 when Blancpain made a limited-edition run of the Air Command, which was inspired a lot more by the original design.

The new version has the same profile. The case is still 42.5mm x 13.77mm with a thin bezel and sleek profile, except now it’s made of Grade 23 titanium, just like the Fifty Fathoms Bathyscaphe I wrote about recently, or you can have it in red gold for the first time. The dial is nearly identical, too, with a clean design with two sub-registers. This is a 30-minute chronograph. The main difference here is the blue colouration, the radiant finish remains, which means the dial will catch the light like the 2019 steel variant, but it’s lost that fauxtina warmth. Even the lume looks whiter than the older version’s. 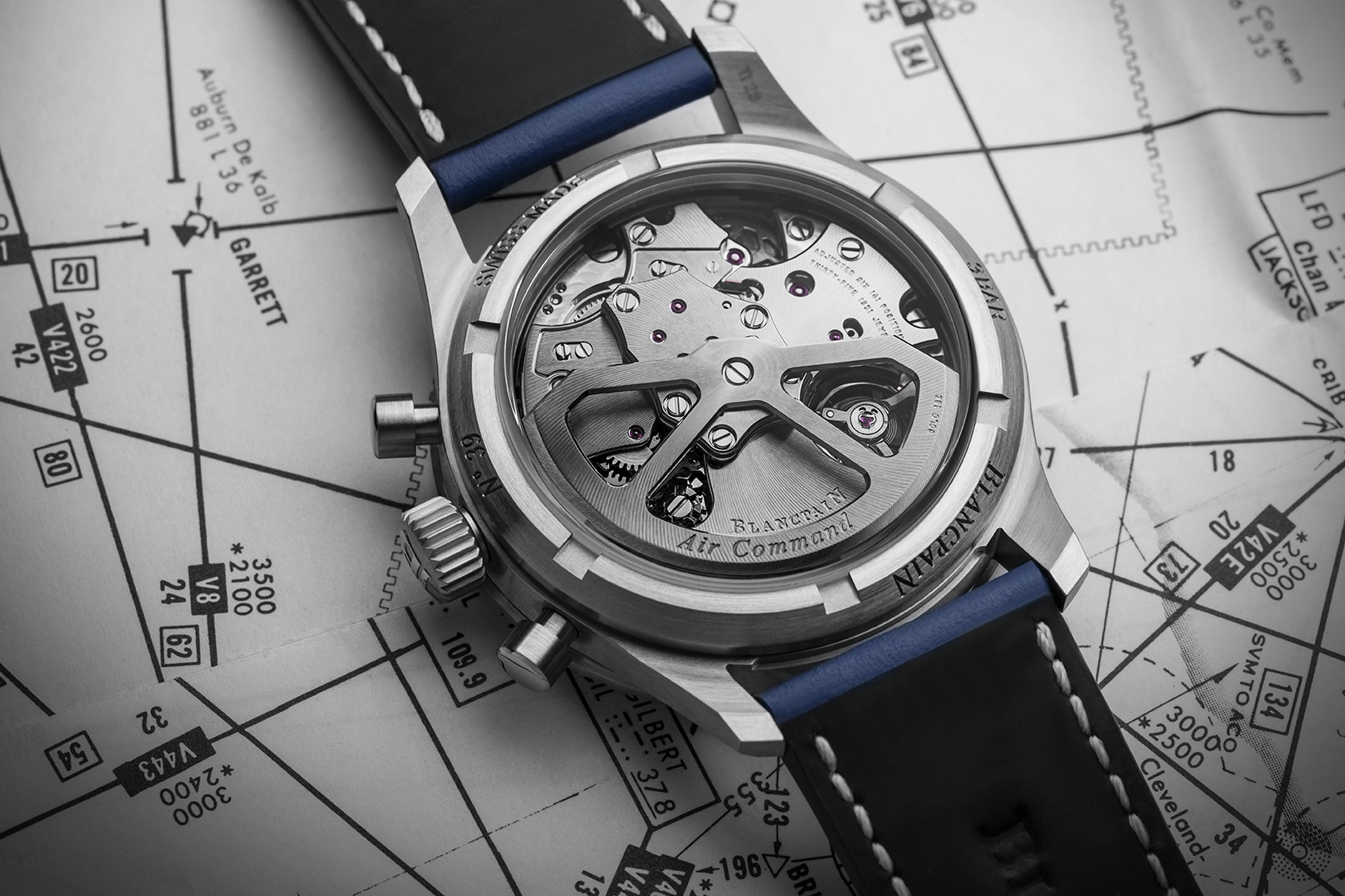 Inside the watch is Blancpain’s excellent automatically-wound calibre F388B. It’s got an integrated chronograph, which means the movement has been designed from the ground up to have it, rather than having the chronograph added as a module. It might not make any difference to the wearer, but we watch fans love to wax lyrical when watchmakers make life difficult for themselves.

The chronograph is controlled via a column wheel for precise starting and stopping, and it connects to the rest of the movement via a vertical clutch which is both precise and impervious to wear and tear if left running. It’s also a flyback chronograph, meaning you can restart it while it’s running, a feature once used by pilots for precise navigation but now used by people as a cool thing to occupy themselves with for 30 seconds. The movement even runs at 5Hz, which means it’s more accurate than most movements not made by Zenith and has a 50-hour power reserve. The movement ticks every single chronograph box you could ask for. I can think of hardly any others that do. It even has extra magnetic resistance thanks to silicon components.

The one thing that puts me off is the rotor on the movement. The 2019 edition had a really cool three-bladed propeller design that’s missing here. It might be to do with the status of the watches. The stainless steel model from a couple of years ago was a limited edition run of 500 watches, whereas both of these models appear to have no production limitations other than the speed that Blancpain can build them at. They are prohibitively expensive, though. The titanium model will cost you CHF17,300, while the red gold will cost you CHF27,300. On the plus side, the titanium version you see now is more affordable than the original steel Air Command, which had a price of CHF18,500. It’s a relative bargain, I suppose.