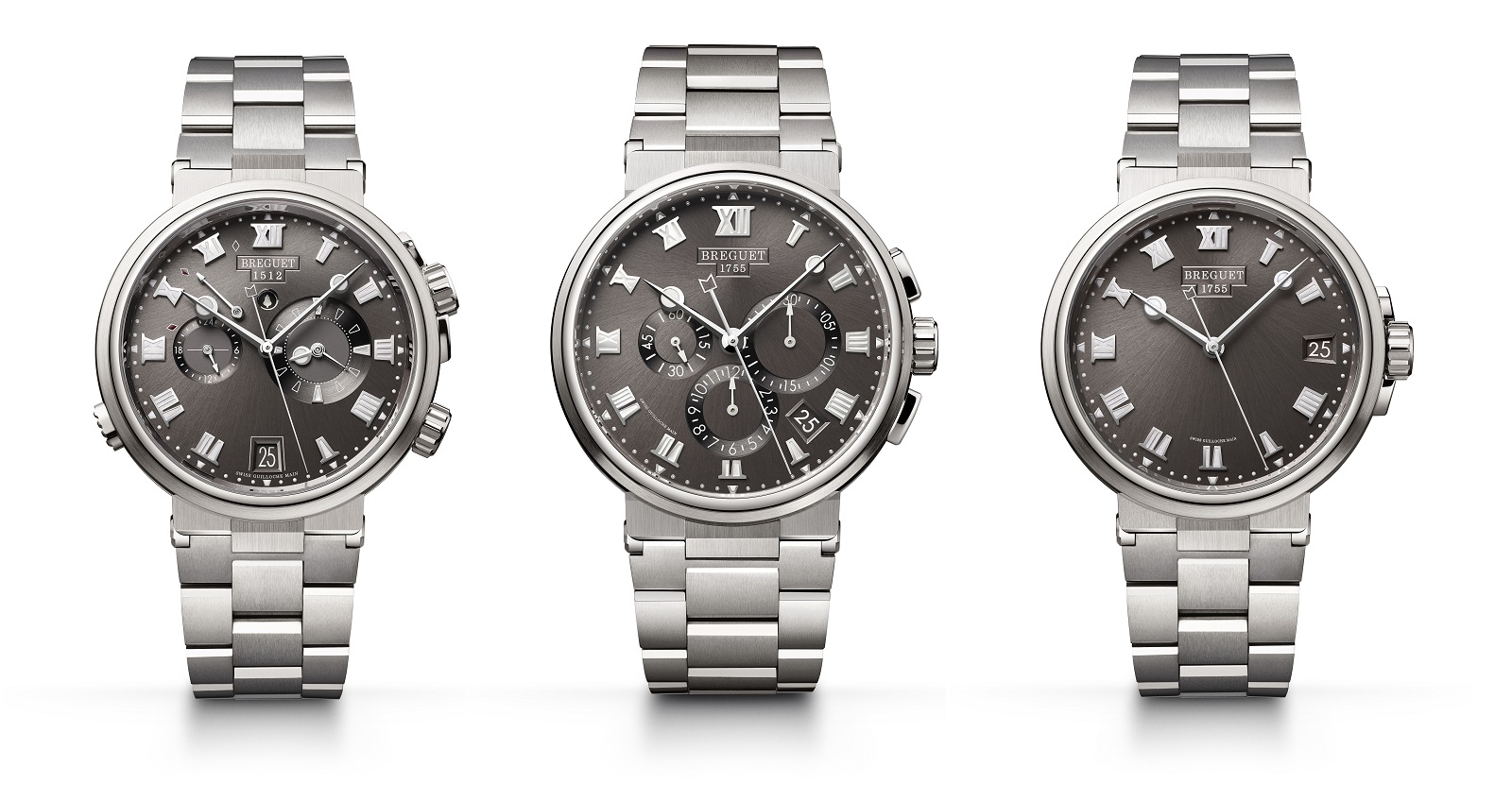 Okay so remember the really really old Breguet Marine? The one that looked like it was straight from the 80s with a dome in the crown? That watch used to come in several different varieties of metal with different strap options. It also had a multilink bracelet, which was nice. Then the second generation Marine came along with updated looks and complications. That watch also came with a bracelet option, but most people weren’t too interested, not likely because of how good the rubber strap looked but more likely that it made an already expensive watch even more costly by a couple of thousand. Then we get to this one, the difficult third act.

Despite what people will try and tell you the revamp of the Marine last year was met with quite a mixed response from the community. On the one hand, it gained a new movement, which was nice. It also gave the boot to the old design, which I recall seeing a Q&A by the Watch Snob a few years ago as being troubled by its complications, that meaning the more things Breguet put into them, the uglier they got. The new model smoothes this over very well, but upset fans by the rather basic design of the entry level three handed model in titanium which lost not only its big date window at 6 O’clock but the iconic Breguet Guilloché dial. 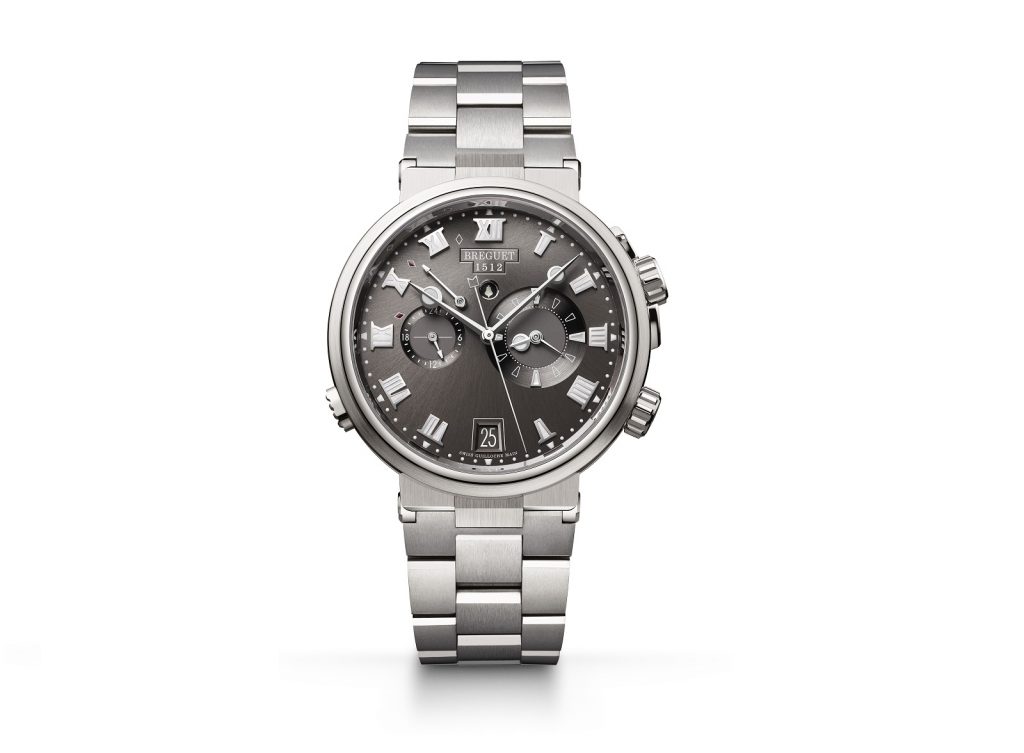 So, what can Breguet do next? Well, the logical step would be to give us back our guilloché. What we get is a titanium bracelet for the three titanium models. The bracelet looks good and being made by a certified haute horlogerie brand is made in such a way too. Every link is held together by screws making for the ultimate sizeable strap. The bracelet itself is held onto the watch with two big polished screws by the lugs which appear to be used to hold the wheels of a truck on, though in this case they’re polished up nicely. 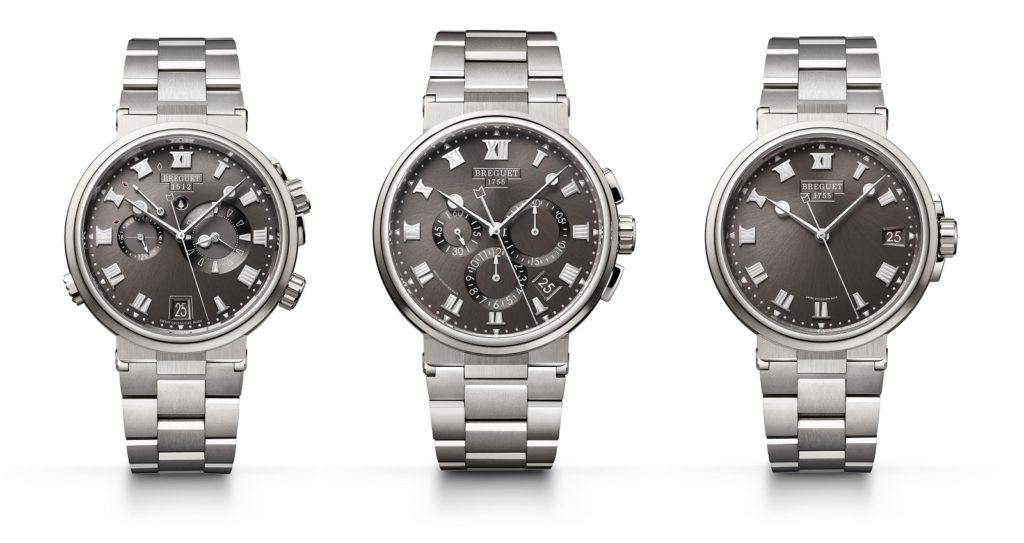 Don’t get me wrong, machining and finishing titanium in this manner is exceedingly difficult to do. It requires all new tools, new measurements and new methods to create the same finish. The links are brushed and unfussy, but perhaps too much. I’d like to see polishing down the sides of the bracelet, too, to match the cold rolled fluting on the case flank. Thankfully the clasp is a butterfly clasp. If you’ve ever tried on a Type XX model watch or one of its variants you’ll know it has a friction fitted single arm folding clasp which you push down on halfway along to close for some reason. This twin trigger butterfly is much more elegant.

The prices for the models with bracelets are as follows:

Can you imagine if they did a solid gold bracelet for their Équation Marchante watch? The weight of that thing.