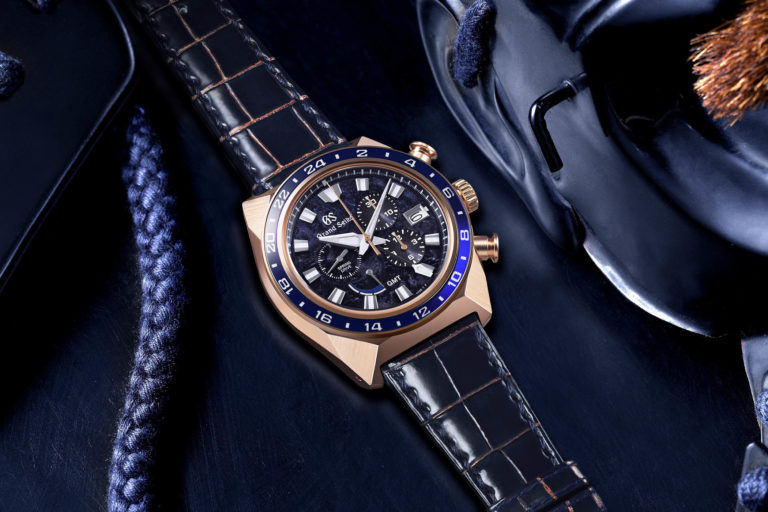 You know, I think it’s the 60th anniversary of Grand Seiko this year? I may be wrong, but we have had five different articles on 60th-anniversary pieces so far this year. Well, here’s another one! This is the Grand Seiko reference SBGC238; it’s Grand Seiko’s idea of a heavy-hitting sports watch in solid gold with a complicated dial and unique design features. It’s also rather good looking.

Limited to 100 examples only, this anniversary piece is based on the Grand Seiko Sport collection which was used last year to, incidentally, celebrate the 20th anniversary of the Spring Drive mechanism. If you’ve forgotten what those watches looked like, click here to read our article and remind yourself. 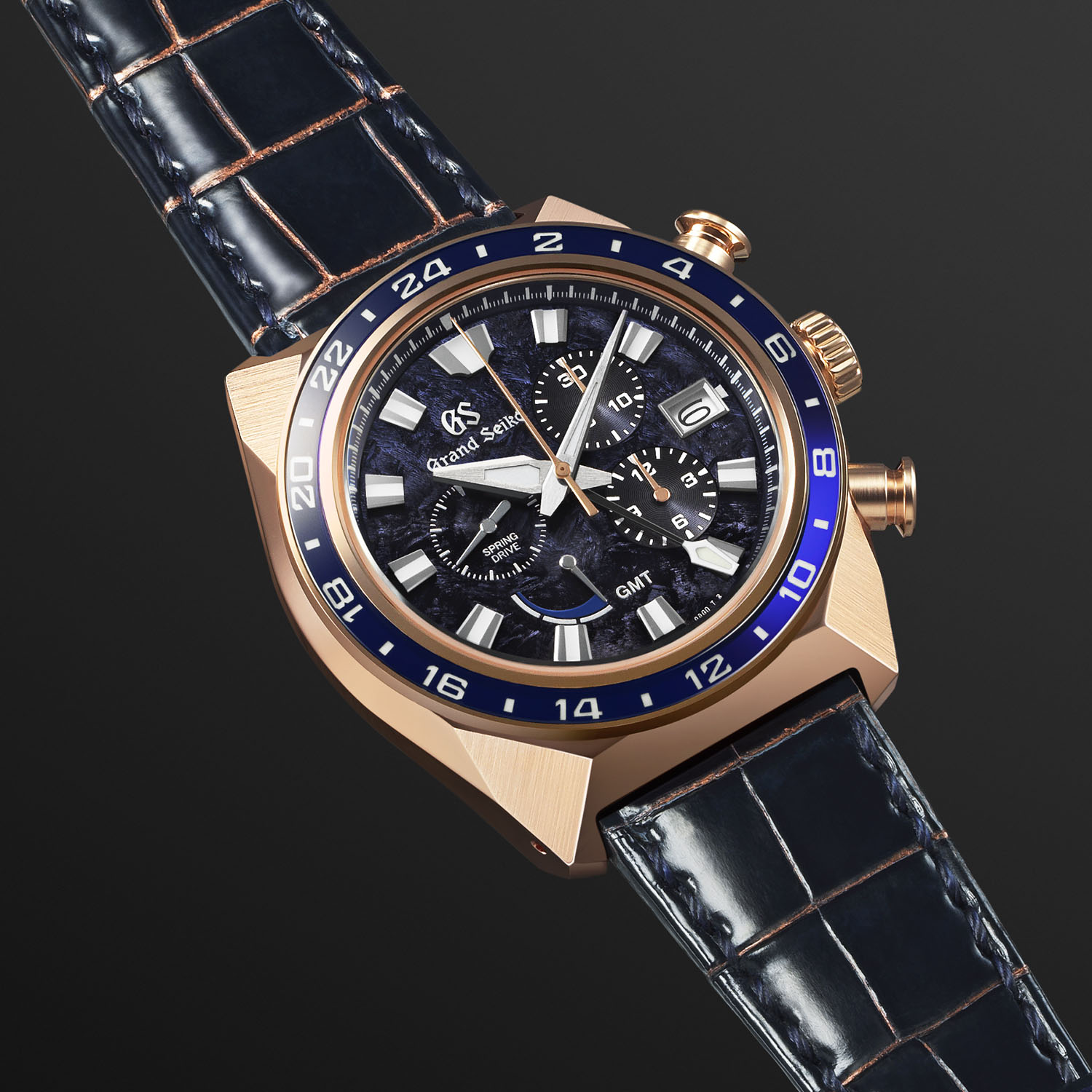 When I first looked at the pictures of the watch, I was quite impressed, and I remain impressed after looking at the Grand Seiko Sport. The angular case, similar to the Royal Oak Concept, makes a return for the SBGC238. The case is made of solid 18k rose gold and has a 44.5mm diameter with the dial sitting quite a way inboard from the edge, but its proportions mean that it still looks like a proper luxury watch and it should be a good wear on the wrist. Connected to the watch is an indigo blue crocodile leather strap with 18k rose gold clasp, I sort of wish Grand Seiko had gone all the way and added a solid rose gold bracelet to this one, I think it could pull it off. 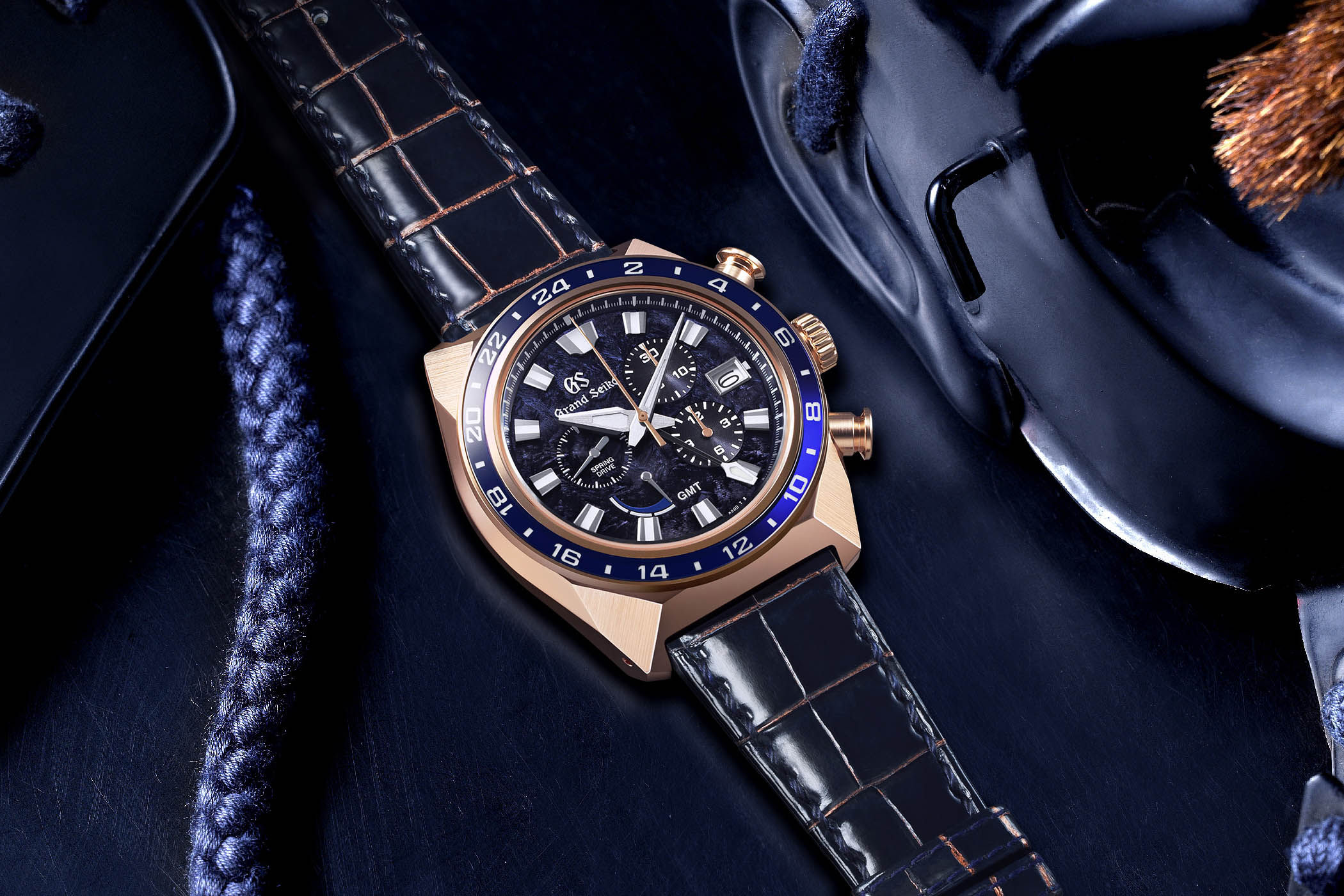 The textured dial of the watch is also blue to match with the strap. Grand Seiko describes the texture of the dial as inspired by a lion’s mane, as the lion is a symbol of the brand, though it looks like it could be made from a rare Japanese gemstone. The watch features running seconds, a power reserve, chronograph and a date window (with white background). The layout of the dial is unusual and yet not unpleasant to the eye; it also handily reminds you that this watch is a Spring Drive watch. 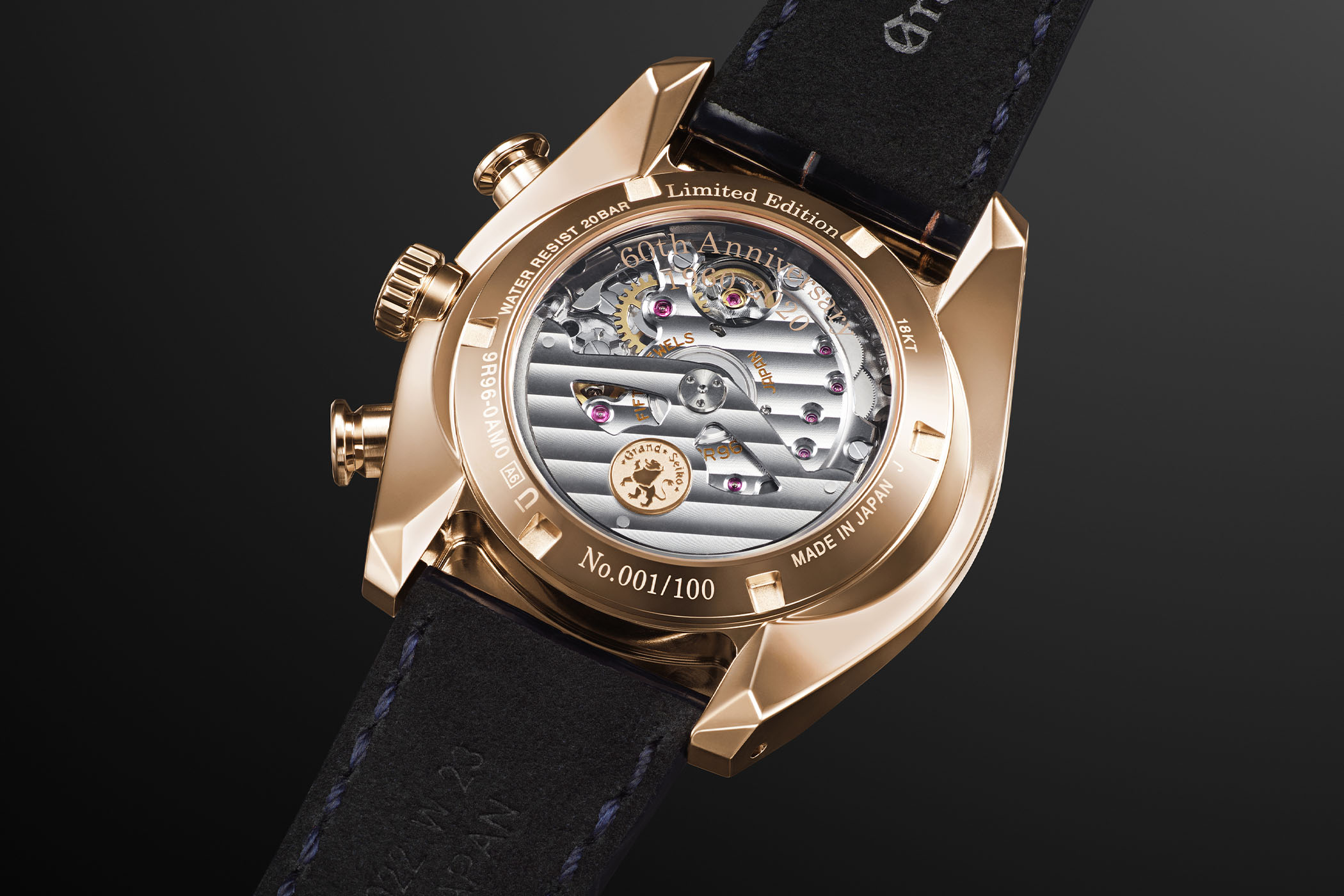 Spring Drive is Seiko’s combination of electronic accuracy and mechanical engineering. A traditional mainspring, gears and rotor power an electronic high-precision quartz regulator, the output is controlled via the same gears as a standard mechanical watch, and there’s even a column wheel for the chronograph. It has a 72-hour power reserve and an accuracy rating of +/- 0.5 seconds per day. The only thing I’m disappointed by slightly is the lack of gold decoration on the movement which would have set it apart. Still, there is a little golden lion logo on the rotor.