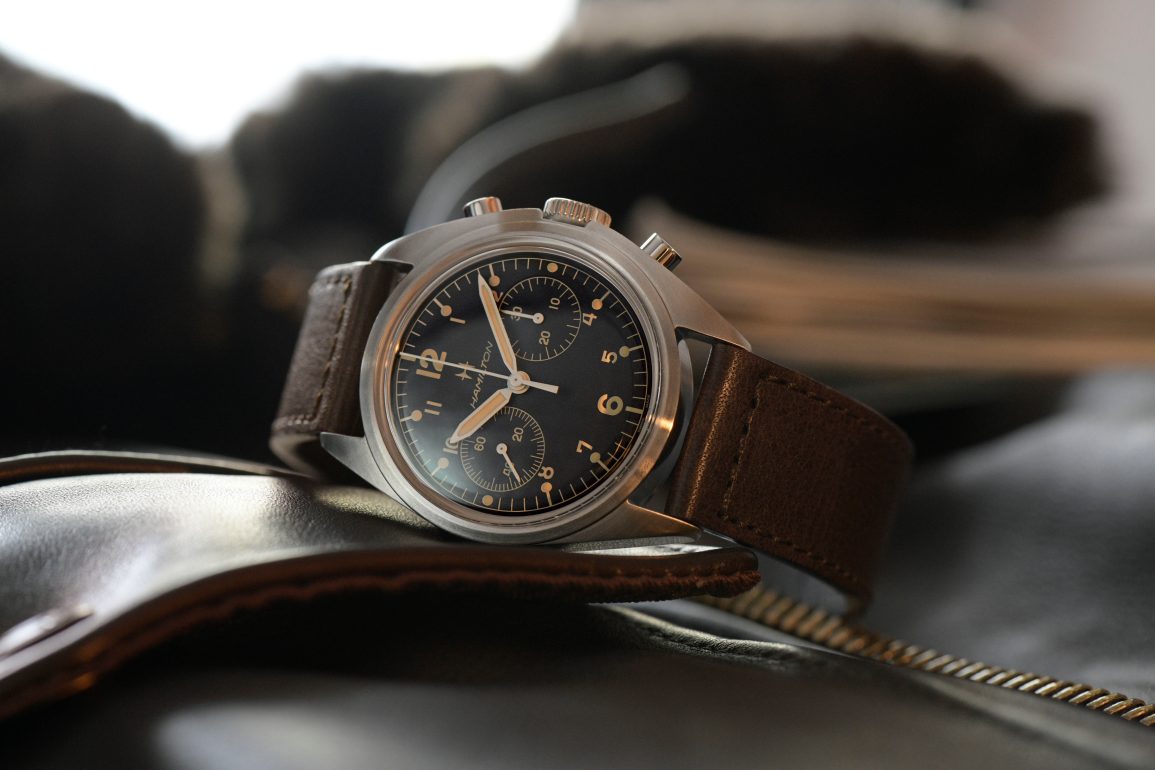 Hamilton digs up the past with its new RAF-inspired pilot's watch.

As with most watch manufacturers these days, Hamilton loves to remind us that it was a watchmaker a long time ago by making something inspired by Hamiltons of the past. Sometimes it’s a little tricky to decide where a watch sits in terms of new design vs old design, but with the new Khaki Pilot Pioneer Mechanical Chronograph watch, it seems easy to see which era the design came from (hint, it’s not from this century). 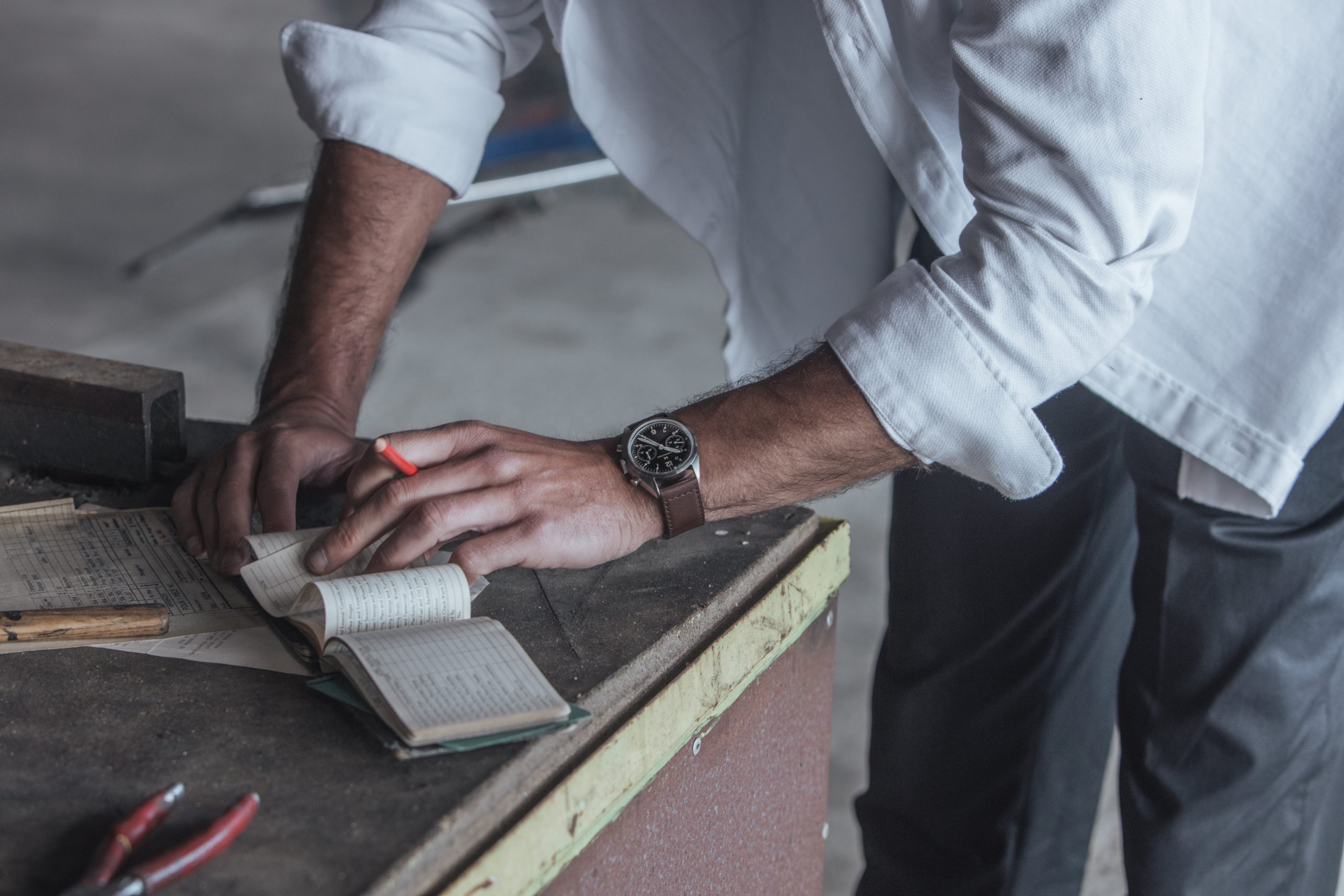 Along with many other watchmakers, Hamilton has a history of making wristwatches and other mechanical instruments for the world’s armed forces. This particular design harks back to the days Hamilton spent making watches issued to the world’s oldest independent air force, the British Royal Air Force (RAF). The RAF equipped its servicemen and women with Hamilton watches back in the 1970s, and it’s these watches the new piece aspires to be. 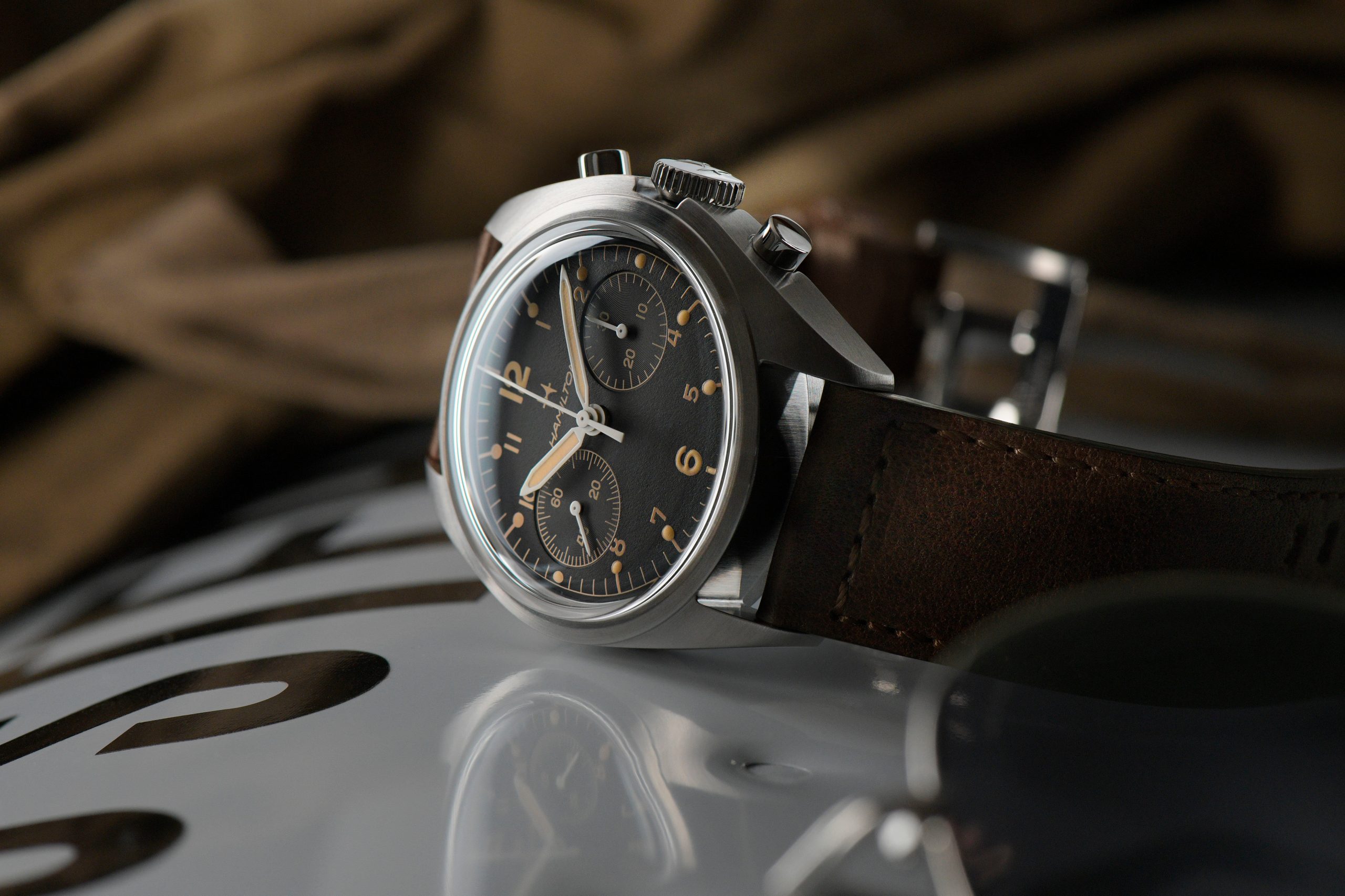 Case in point, the stainless steel case measures 40mm in diameter, which is a moderate size in today’s world. The case is also quite smooth in appearance, curving gently and gracefully from lug to lug. The pushers are also recessed, and the crown is very flat but wide, so it’s still easy to grip. 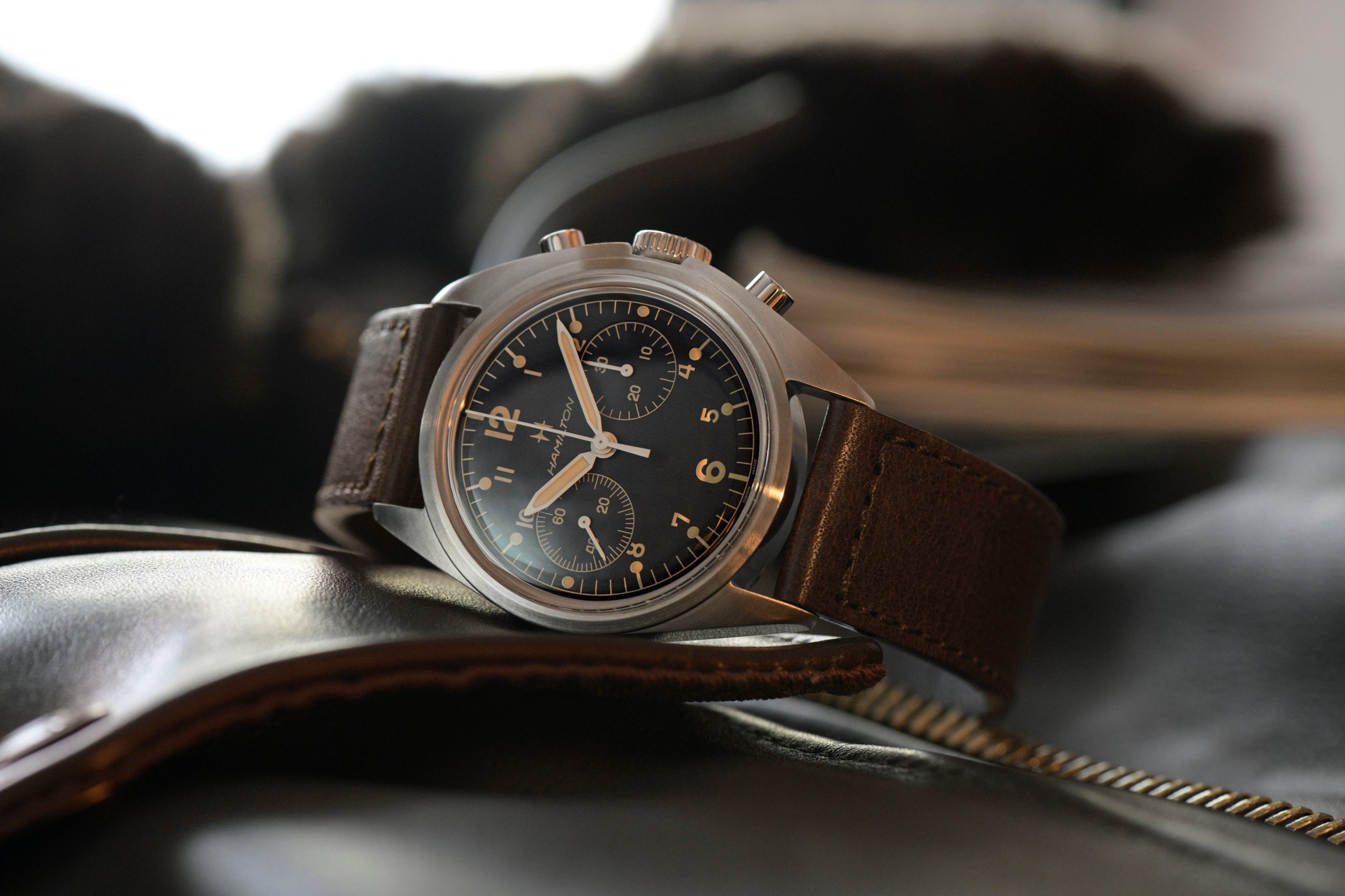 The main giveaway to the watch’s vintage inspiration is the simplistic black dial with sepia-tone markers. The hands and markers seem to have a touch of fauxtina, and you know how I feel about that (on the fence). Clarity is the name of the game with this watch. That’s why the numbers are nice and clear, and there’s hardly anything to jumble the dial’s appearance. The only obvious word is the Hamilton name under the vintage logo. 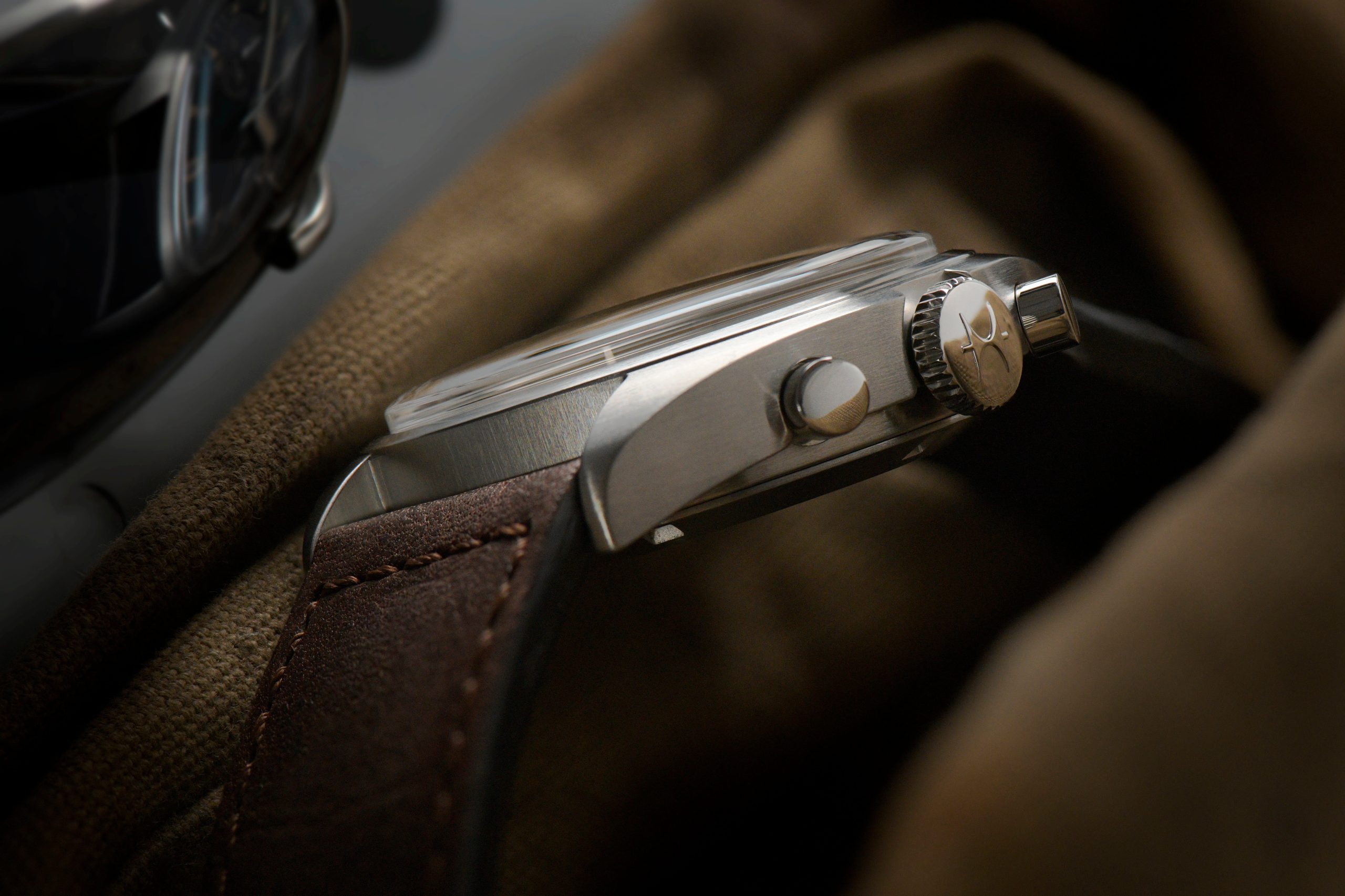 Inside this watch is Hamilton’s hand-wound H-51-Si calibre. Based on an ETA 7753 calibre, it has a silicone escapement assembly for high resistance to magnetism. It’s also durable, and thanks to that ETA base, it’ll be easier to service than if it were a purely in-house movement. The power reserve is 60-hours without the chronograph running, and the balance wheel oscillates at 4Hz.

While I’m still undecided about vintage re-issues as a whole, Hamilton has done a good job at bringing the past back to life with this leather-strapped effort. The price is $2,045 USD.