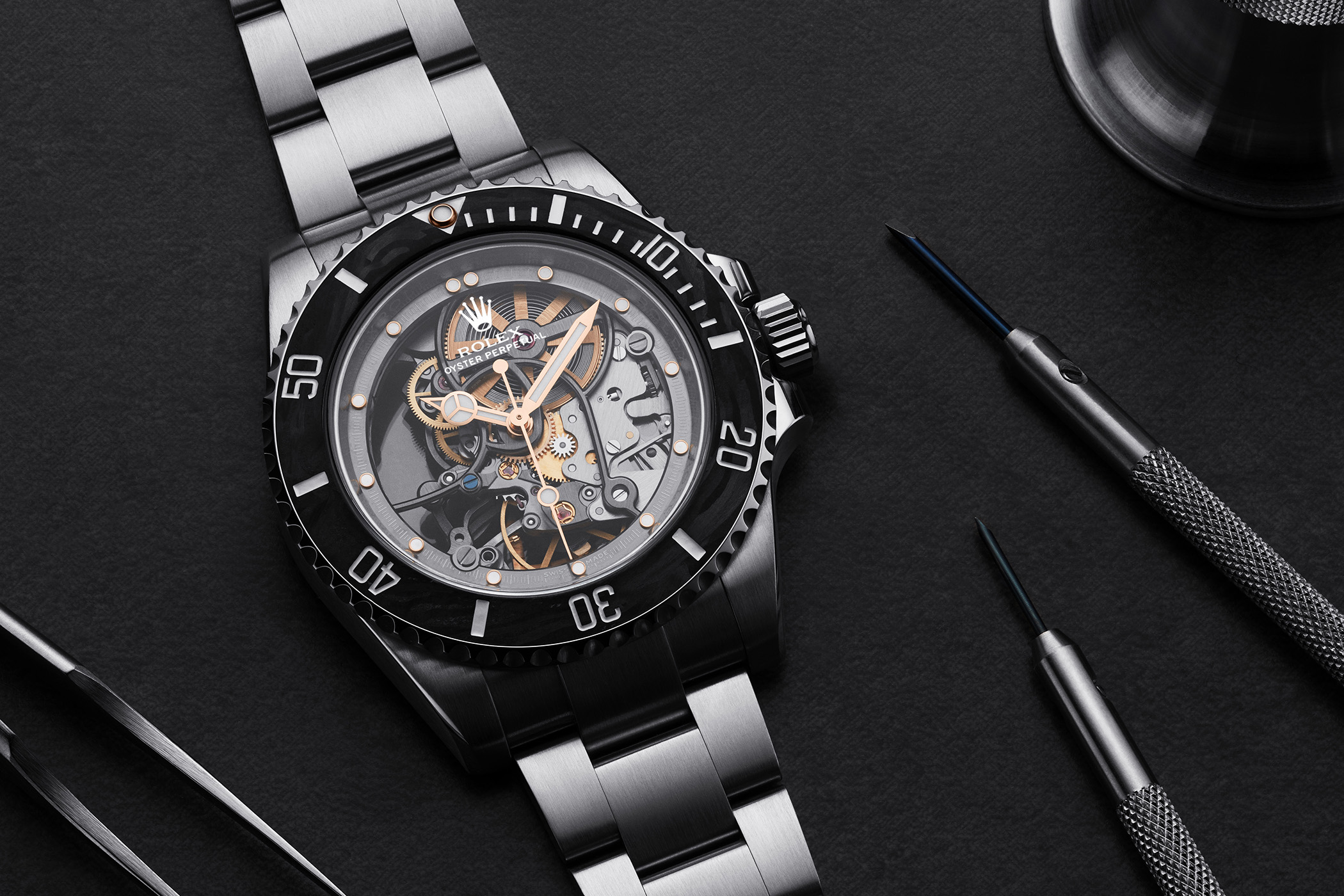 The Submariner is most likely the first name to come mind when one thinks about Rolex, making it one of the most sought-after Rolex watches out there. A rugged tool watch, the Submariner has remained aesthetically unchanged for decades now and has been known for its clean uncluttered design. So, what happens when a renowned modification house like Artisans de Genève attempts to give a visual makeover to the personal Rolex Submariner of a great footballer like Andrea Pirlo? Well, it results in a bold looking timepiece like the Artisans de Genève Andrea Pirlo Project. 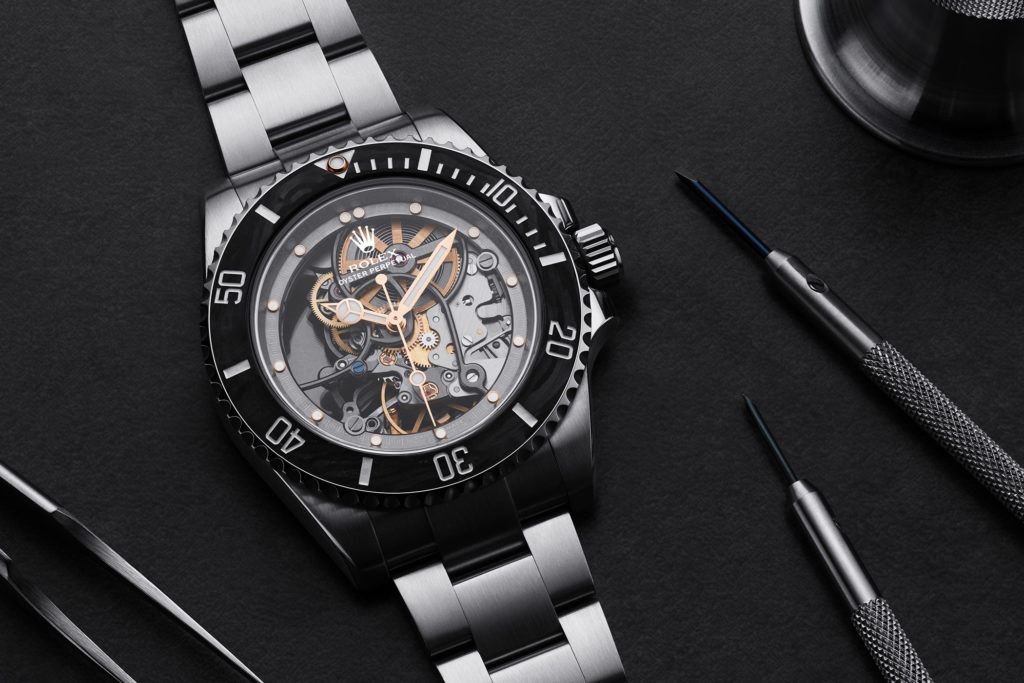 The Submariner has always been a watch with a clear focus on function, but Andrea wanted his submariner to be modified into something special with a heavy focus on the mechanical underpinnings. To achieve this, the talented folks at Artisans de Genève took the skeletonization route creating a Submariner with an open-worked dial giving way to a highly skeletonized 3130 movement. The movement has been extensively worked upon and thoughtfully carved out to expose the minutest of details. The hairspring, gear train, blued screws everything is clearly visible and as per Artisans de Genève, each component has been entirely dismounted, cut and beveled by hand to highlight the attention to detail. As a result of this, the dial has been stripped down to its bare essentials and is left with applied lume filled hour markers placed on top of a chapter ring on the outer periphery and a Mercedez style handset to read the time. 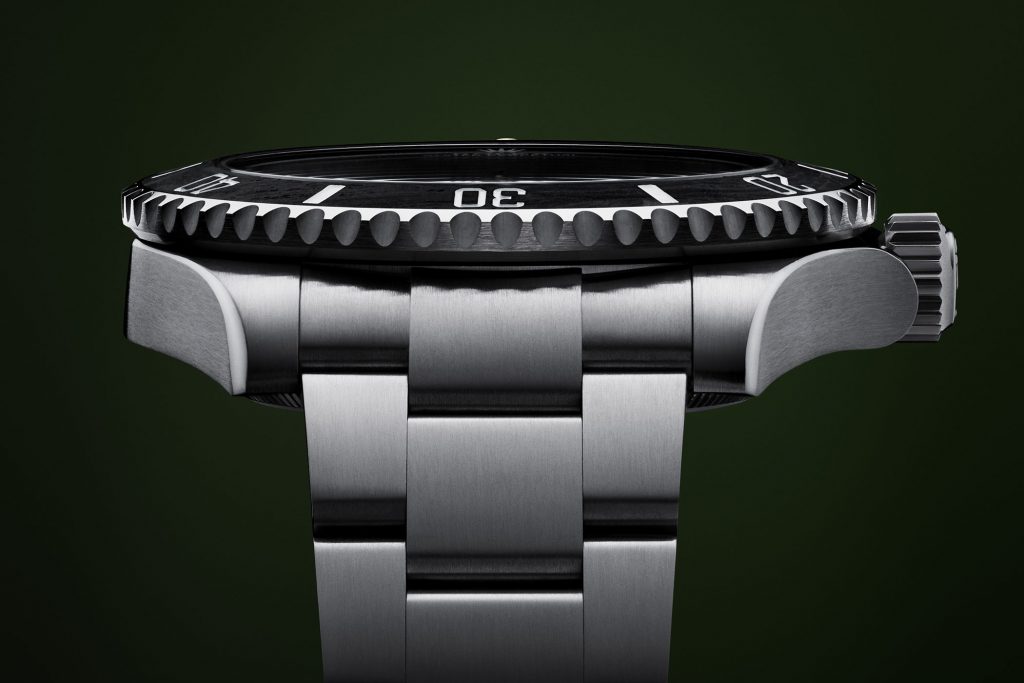 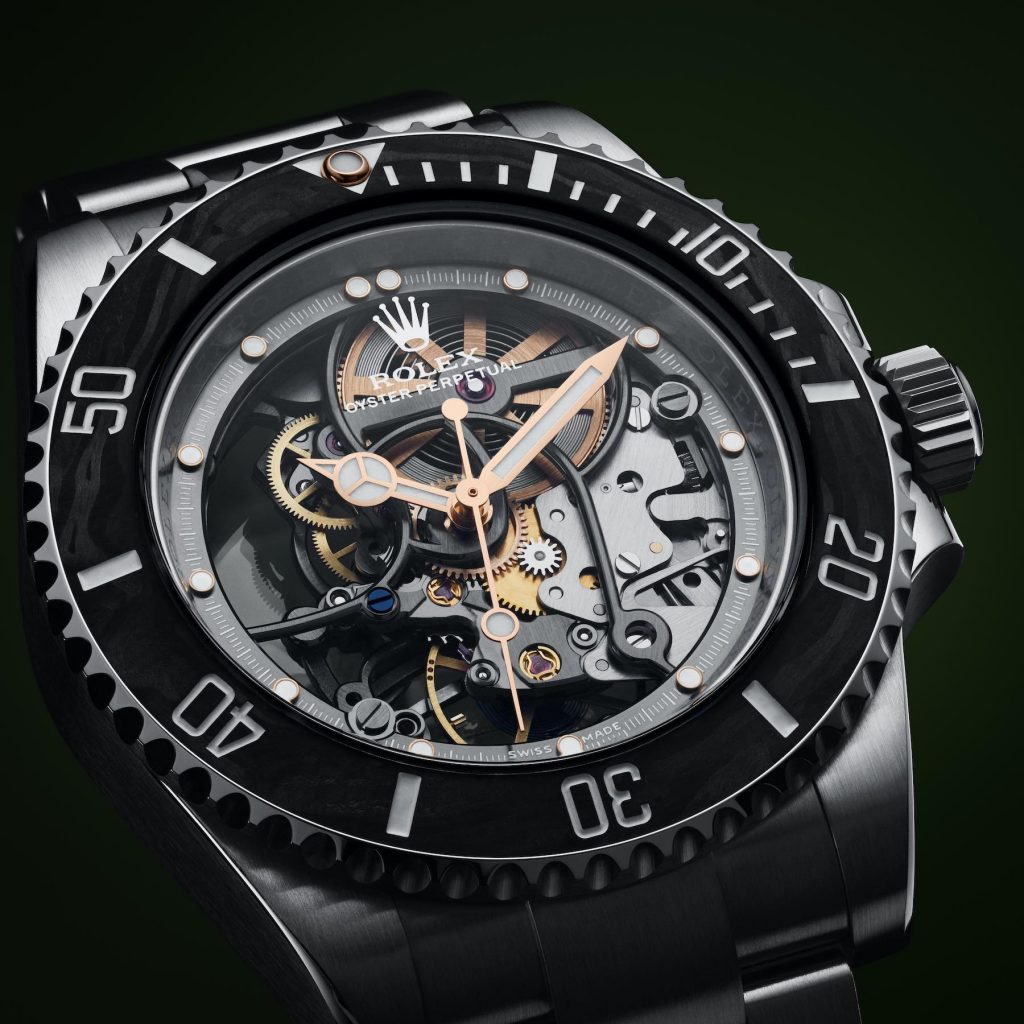 Unlike the dial, the case does not see any major changes to the structure but features a host of small details that make it unique. The 40mm case still features the familiar submariner silhouette and is still crafted from 904l stainless. Sitting on top is a uni-directional bezel that upon Andrea’s request has been carbon forged adding to the visual dynamism of the piece. Finishing is another aspect which has seen some improvements. The sides of the case feature prominent polished chamfers, the lugs have been sand-blasted and the rest of the surfaces have been finely satin-brushed. Another big surprise shows up when you flip the watch over as this watch features a sapphire window which quite unlike any modern-day Rolex and can be used to appreciate the 3130 architecture from the rear. The movement operates at a frequency of 4Hz, offers a power reserve of 48 hours and is equipped with a skeletonized tungsten rotor. 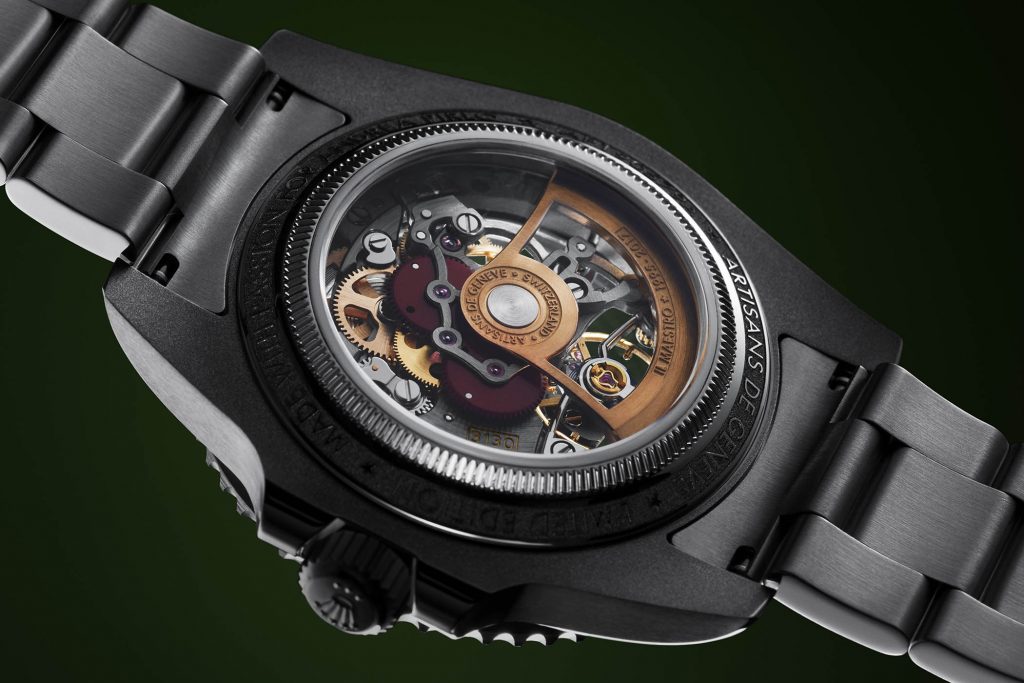 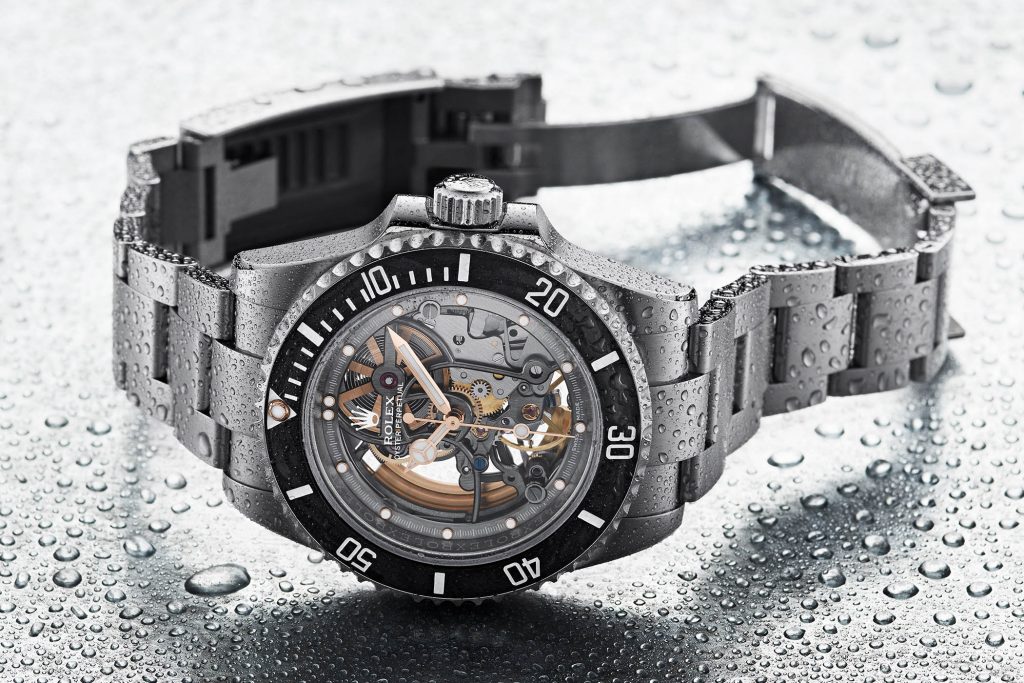 To conclude I would say that the Artisans de Genève seem to have succeeded in creating a one of a kind Submariner to suit Andrea’s requirements. And while I do understand and appreciate the effort which has gone into this watch, its more of a miss than a hit for me as it veers a little too far away from the pure and clean looks a Submariner has always been known for.