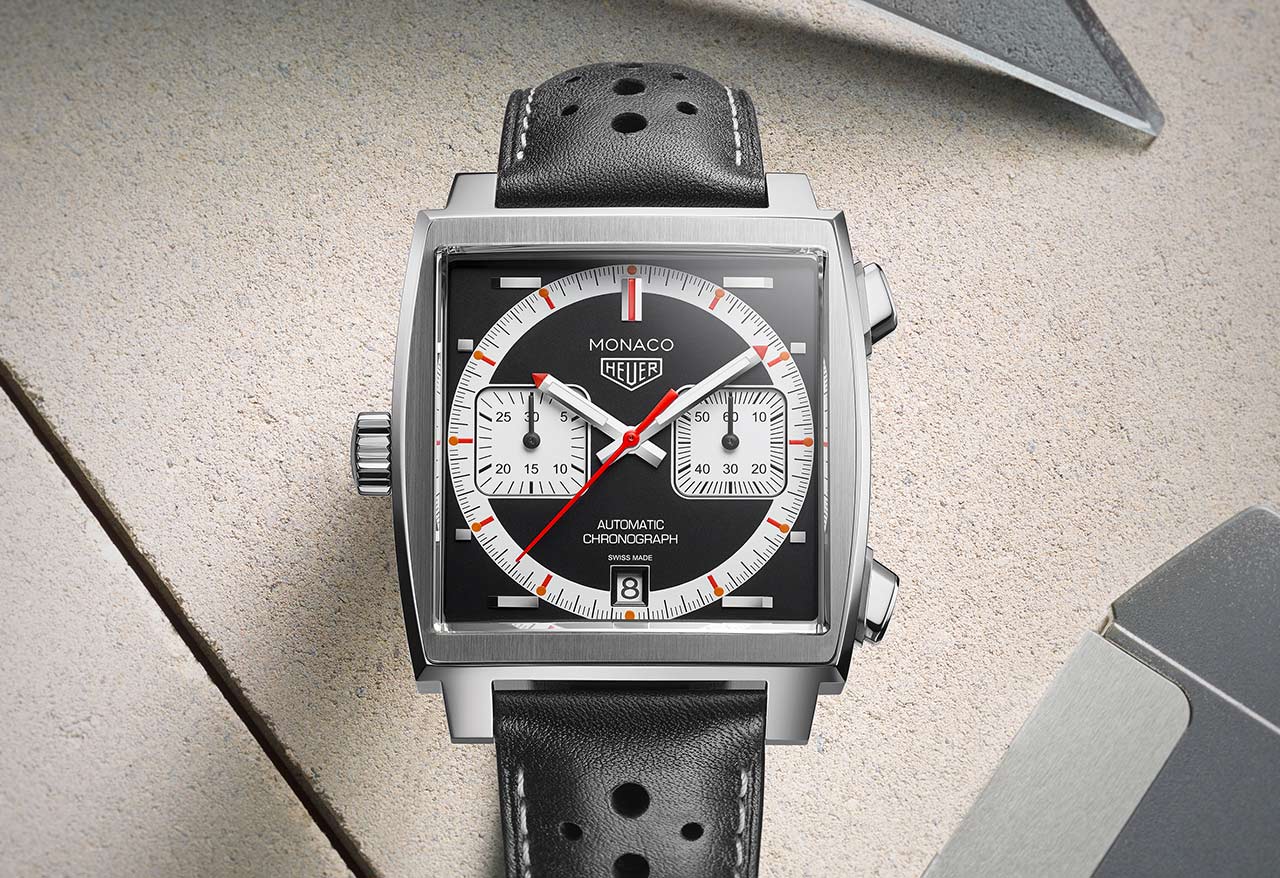 TAG Heuer has been killing it lately with the 50th anniversary Monaco Tribute watches. So far tag has released three special watches dedicated to and inspired by Monaco’s from the ’70s, ’80s and ‘90s now the brand has introduced its first 21’ st century tribute, the Monaco Calibre 11 50th Anniversary 2000’s Special Edition. This new watch features a black dial with bright red highlights and pays a tribute to the decade from 1999 to 2009. 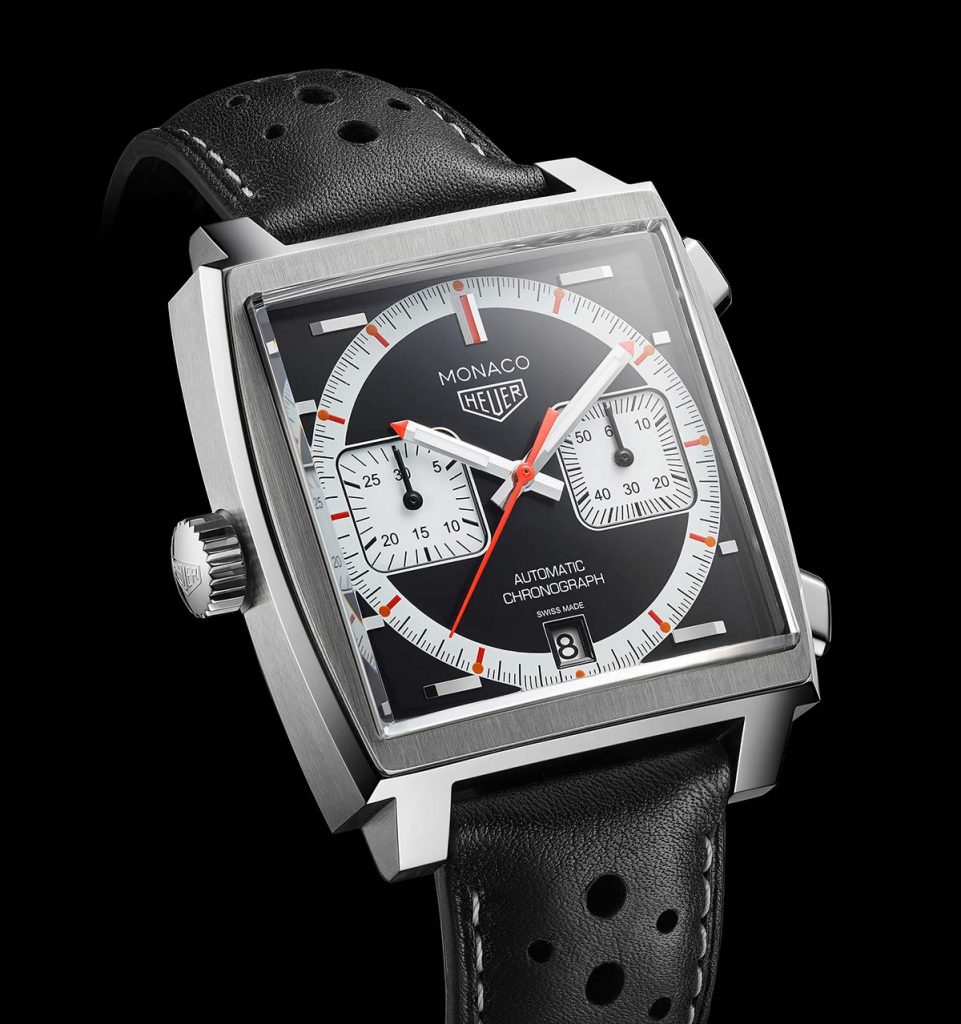 For the 2000’s special edition TAG has utilized an interesting mix of black, white and red to give the watch a more conservative but vibrant look. The base dial has been rendered in black with a Matt finish. The minute track and the two eyes have been presented in white and to make things interesting Tag has thrown in some bright red accents which add just the right pop of color to the dial. Apart from the color scheme, the dial has the same old Monaco layout with horizontally applied hour indices, running seconds at 3, a 30-minute chronograph counter and a nicely placed date window at 6. 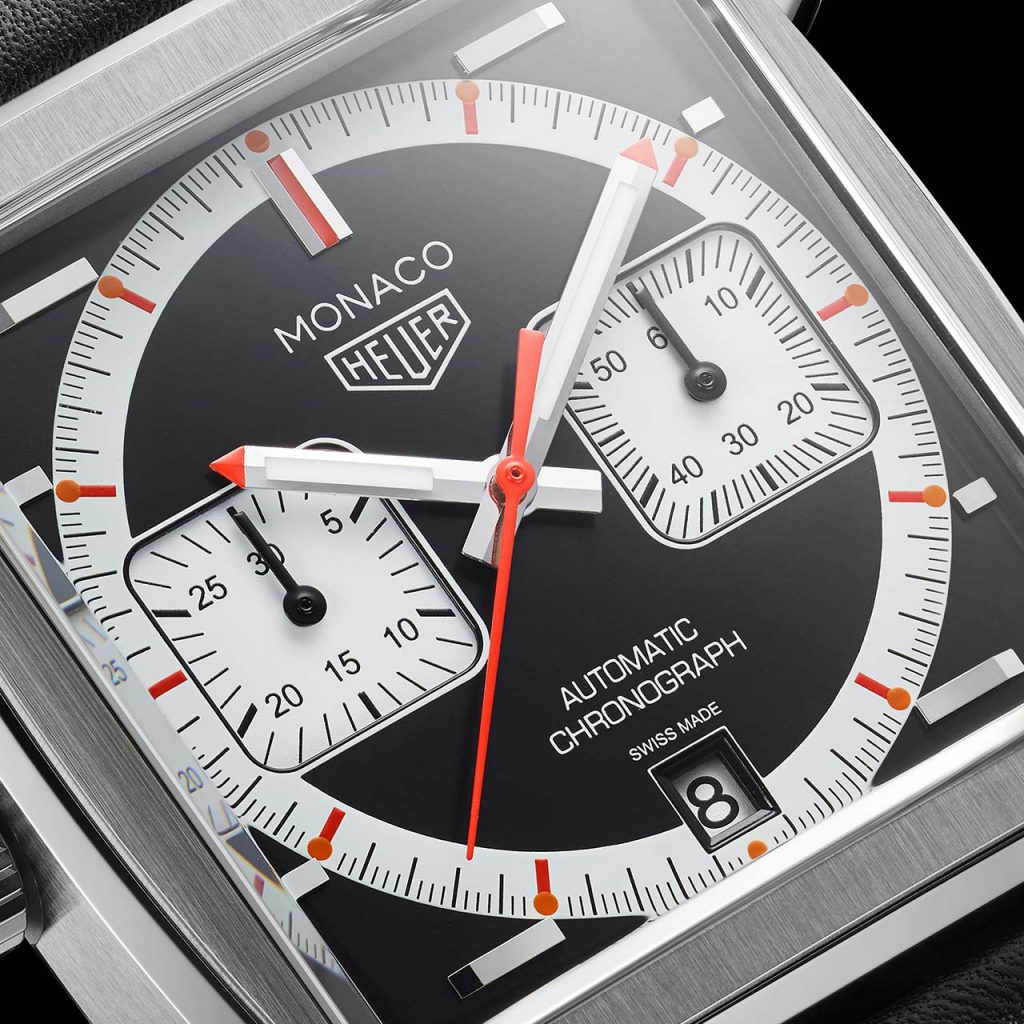 The iconic square-shaped case is made from stainless steel and measures 39mm by 39mm. It features two angled pushers at 2 and 4 and the crown at 9 which has been a distinctive design trait of the Monaco since its genesis. Finishing is quite good with a nice interplay between brushed and polished surfaces and the case boasts a healthy water-resistance of 100 meters. A sapphire crystal sits proudly on the top whereas the case back has been kept closed and has been engraved with important information related to the watch which includes the text “1999-2009 Special edition” and the “Monaco Heuer” logo. Powering the watch is the Caliber 11, an automatic chronograph movement. It operates at a frequency of 4Hz and offers a power reserve of around 40 hours. 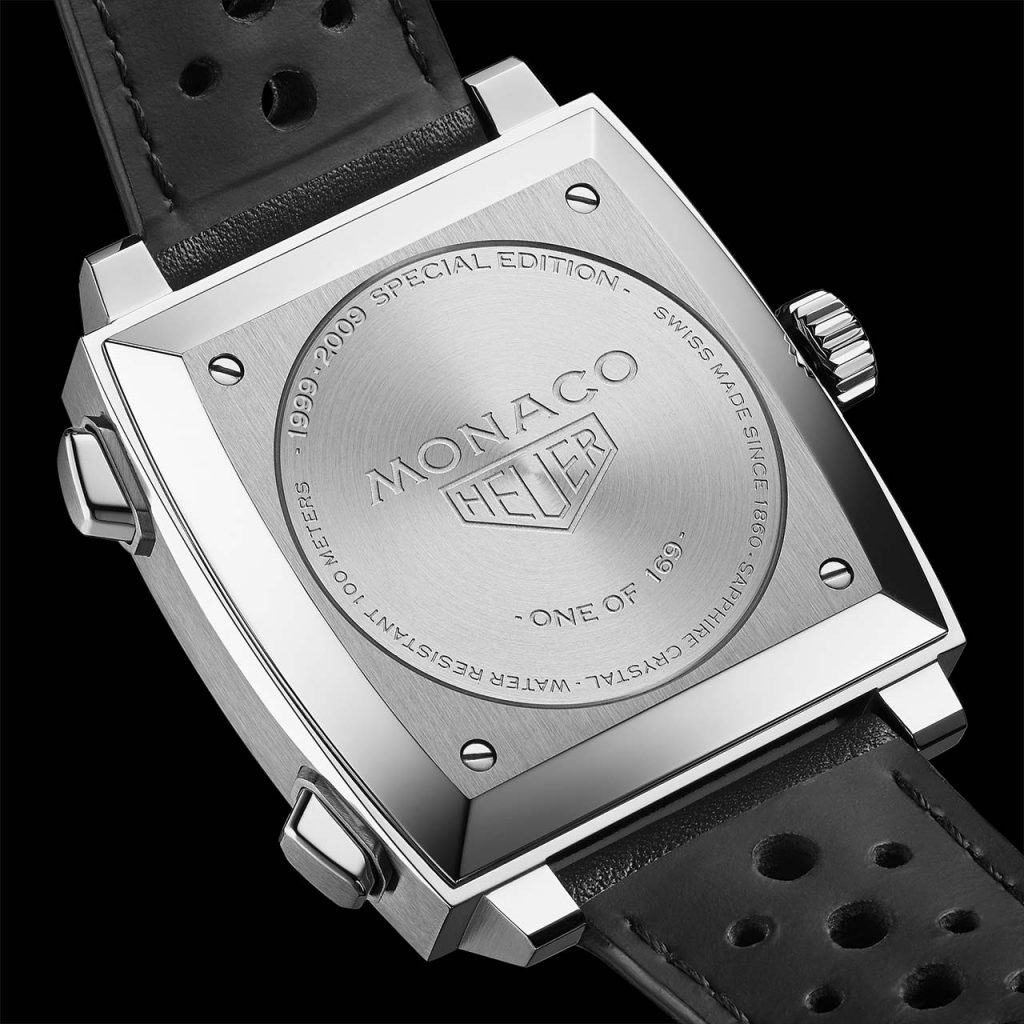 The TAG Heuer Monaco Calibre 11 50th Anniversary 2000’s Special Edition is yet another stunner from the brand. The watch would come attached to a black racing style leather strap and would retail for EUR 5950. Production would be limited to just 169 pieces.