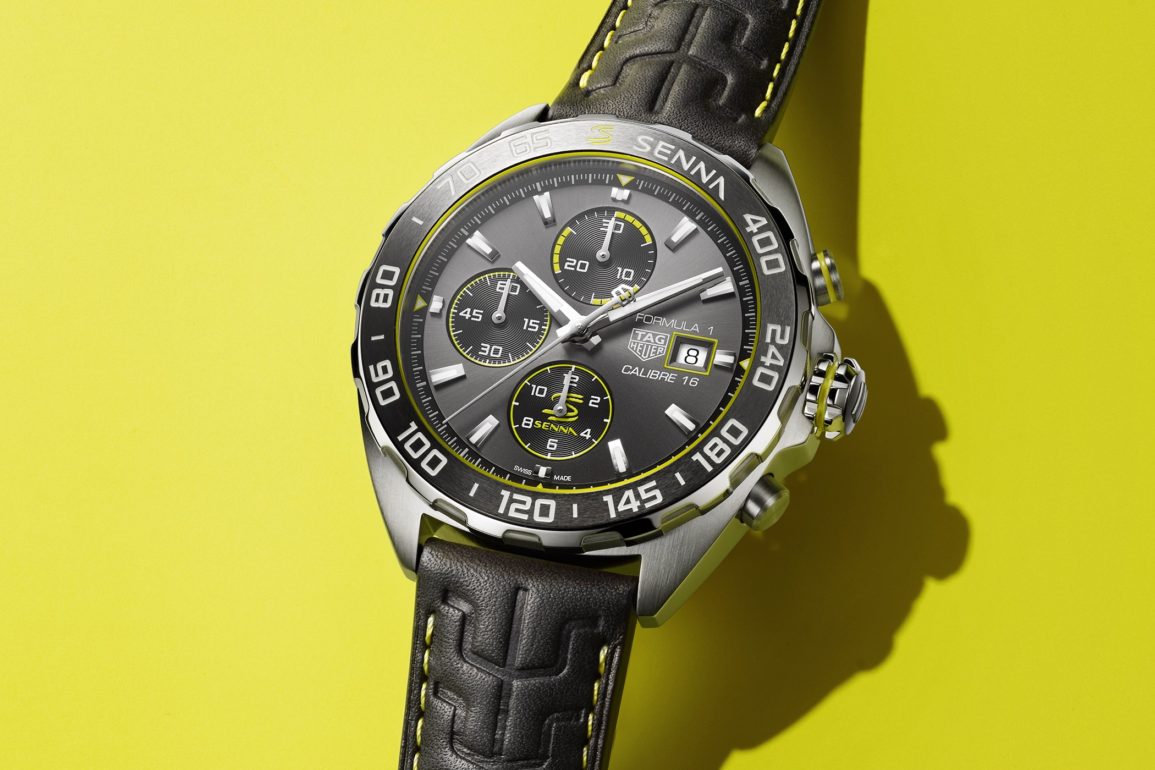 This is TAG Heuer's latest tribute to one of Formula 1's best drivers.

Because 2020 has turned out to be the year we’d all like to forget, TAG Heuer has decided the best way we can distract ourselves, for the time being, is to be bombarded by special editions at a rate which would make Omega blush. So, with that in mind, here is the latest special edition piece from the Swiss brand. It’s been made in honour of the late Ayrton Senna, one of the greatest Formula 1 drivers of all time.

Although Senna had grown up on a farm in his home country of Brazil and was well used to driving from a young age, it was hearing about former legends like Jim Clark that inspired a young Senna to race competitively, the results speak for themselves. In fact, Senna spent three seasons and had six Grand Prix wins competing for Lotus, the very same team that Clark had driven for right up until his death in 1968.

Like his heroes and, unfortunately, like so many racing drivers before him, Senna was fatally injured in 1994 while behind the wheel of his Williams FW16 in 1994 while driving one of the most fearsome tracks of the entire F1 calendar: Imola. But, before Senna passed on he had racked up an incredible 3 championship wins, 41 race wins and 80 podium finishes, the previous record-holder was Jim Clark. Although Senna died while racing for Williams F1, he is perhaps most well-known for racing McLaren cars, one of the key sponsors of McLaren’s F1 team was TAG Heuer. 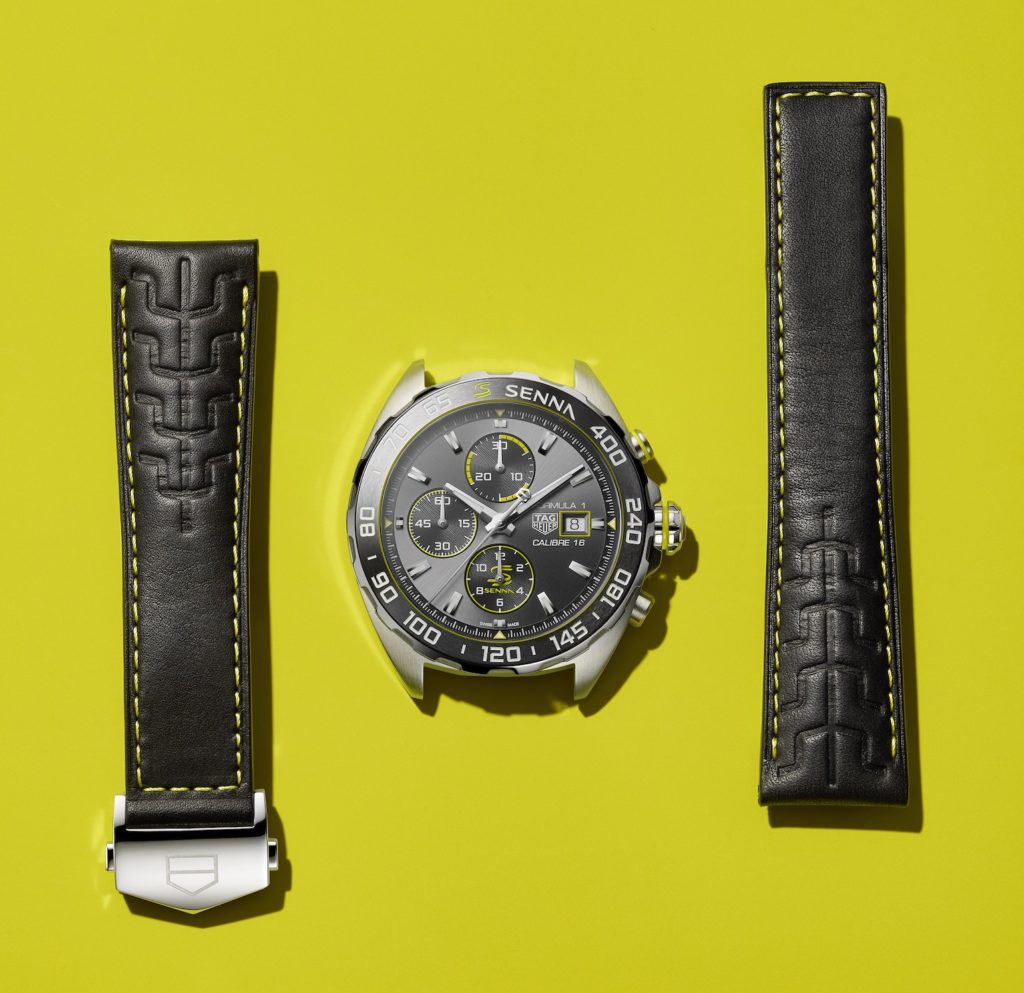 This is where the latest Senna Special Edition watch from TAG Heuer comes in. It features an anthracite grey dial and bezel combined with yellow accents to give that sporty feel, although it does remind me of the black and yellow social distancing tape in the shops at the moment. The dial has a sunray finish to it, while the subdials have an azurage guilloché to them. They’re also outlined with the yellow detailing, which extends to the surround of the date window, the triangular markers at 12,3,6 and 9 O’clock, the edge of the dial, the Senna logo on the bezel, the pushers, the crown and the stitching on the strap. This is how I like my contrasts done, with contrasting details all over the place, I don’t think they’re too intrusive either. 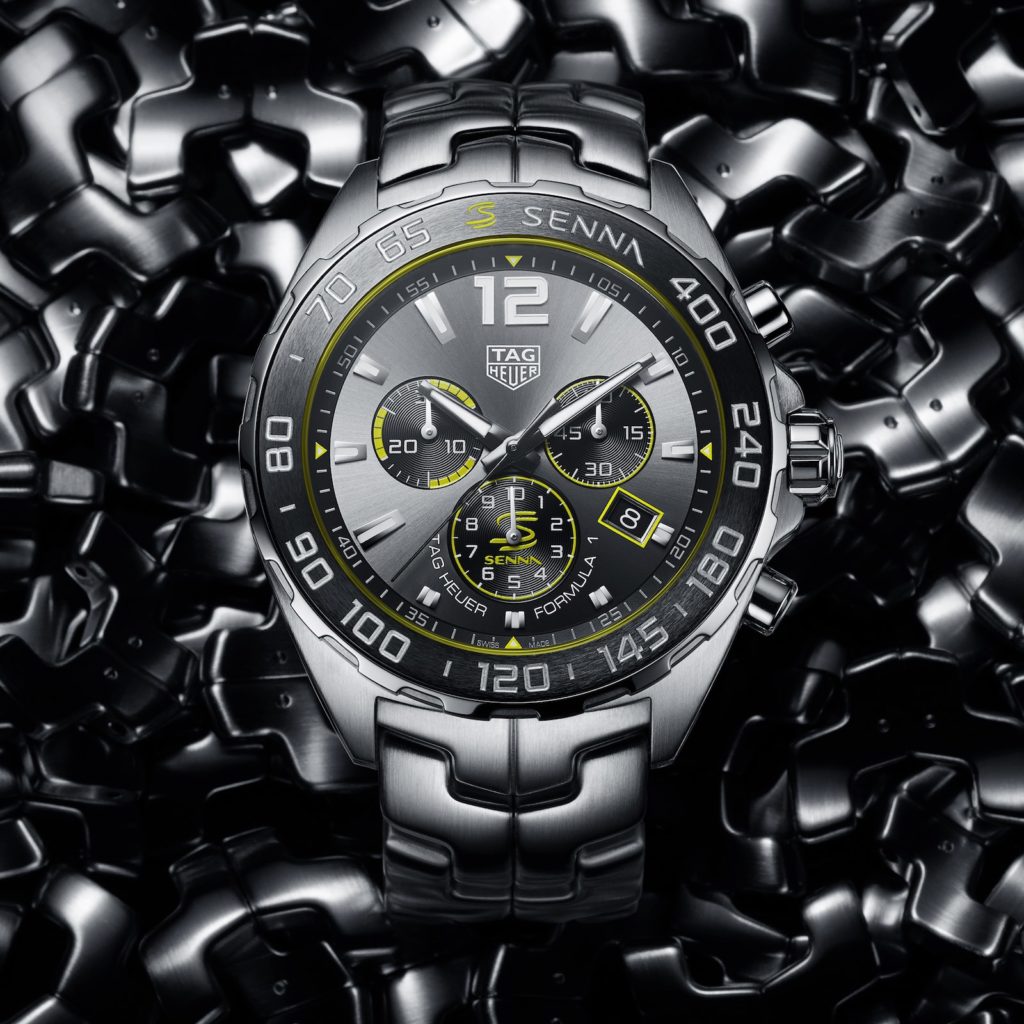 The watch is coming in two different variations depending on your budget, which come in either a 44mm diameter stainless steel case or a 43mm case. If the pandemic has hit you particularly hard, but no so hard you can’t afford a new watch at all, a quartz version of the watch with a 3-6-9 layout chronograph is available for €1950 and comes in the 43mm case.

If you’re able to splash out on the 44mm edition, you’ll get a TAG Heuer calibre 16, otherwise known as an ETA 7750 movement with a 42-hour power reserve and a 4Hz beat rate. This version will cost you more, though, the price is €2900. Both watches can come on either a black calfskin leather strap or the iconic TAG Heuer design bracelet which can be seen on Senna’s wrist if you visit his Wikipedia page.

These watches do not appear to be limited production models.