I have always been interested in Russian engineering – from houses through guns, all the way to the cars, it was always all about building cheap, solid, easy to fix and reliable stuff.

It’s no different when it comes to watches – Vostok, a company born in 1942 when German troops were approaching Moscow and the biggest watch manufacturer, Slawa, had to move their factories to Czystopol. Vostok were then set to produce reliable watches for soldiers of the USSR army.

Iconic models like Pobieda, Kama, Komandorskie and Amfibia, were created to facilitate everyone – from foot soldiers at the front, to Generals discussing tactics at the headquarters.

The hand-wound models Komandorskie and Amfibia were created for the higher ranks, and after the war were flooding all communist countries, produced at low cost and in high volumes for the masses.

I was just a kid, in at that time a communist country – Poland – when I received a Komandorskie for my first communion. I still have it to today, nearly 20 years later, and I even gave it a nickname: Kalashnikov. The watch has been highly abused, thrown in the mud, water, stepped on, dropped, scratched, but is still going strong… it’s never had a service in its life, and it only loses less than a minutes a day. In addition, the ticking noise it makes sounds like music from the finest opera.

I was more than curious to find out that the Vilnus company called Koliz had in 2003 teamed up with Vostok to create a new brand based on modern Russian automatic movements – Vostok Europe.

Launched in Basel in 2004 with the slogan ‘soviet techno design’, the presented models have not caught my attention, and I was not expecting a long life for the brand at all. I didn’t follow any further developments of the company until 2011, when one of my favourite dealers gave me a call, inviting me to his shop to show me ‘something that he thinks I might be interested in’.  Finding out he was talking about the new model of Vostok, I went there with mixed feelings; from one side trusting his experience and the fact he knows my taste, from another being a little sceptic about the re-born brand itself. 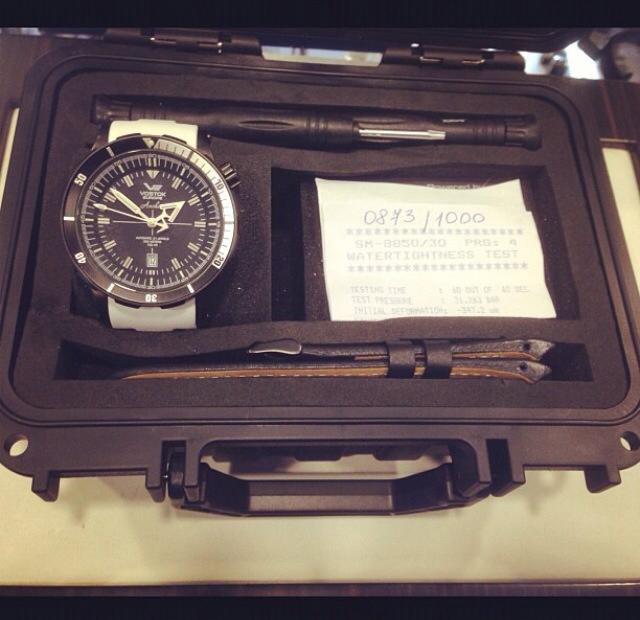 I could not be more wrong… inside of the waterproof (!) case, there was a hefty 48.5mm diver’s watch – Anchar, with heavy, DLC-coated body, which was an upcoming trend in the world of watches at the time.

The first thing that caught my attention was the illuminated hands and hour markers, which were lit up very brightly in an already quite bright room.

This is down to the use of Tritium, a material that will shine bright 24/7 for at least 10 years, after which the manufacturer promises to replace it free of charge. 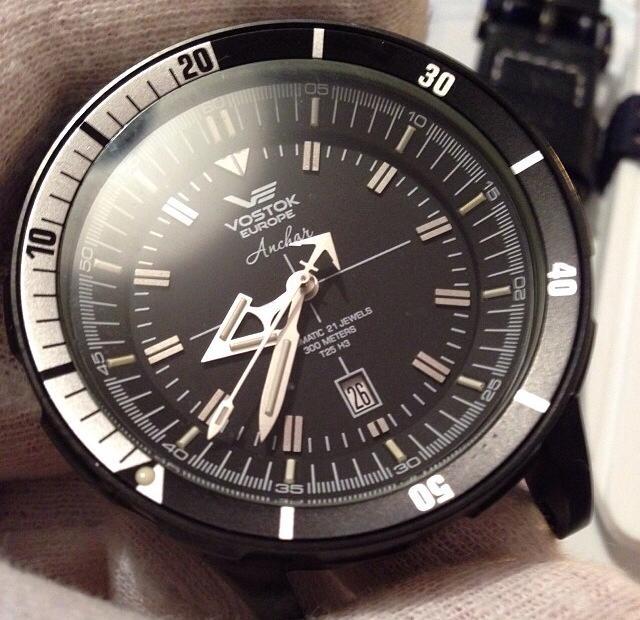 The face itself looks good, but did not sweep me off my feet, and that was down to the mid-quality printing on it. Usually this is one of the things I analyse the most carefully, and quickly came to the conclusion that it’s still a better finish than you can see on some of the Rolex dials, which in my opinion, have one of the poorest quality finishes on the market (I am talking about the basic models, compared to the price you pay).