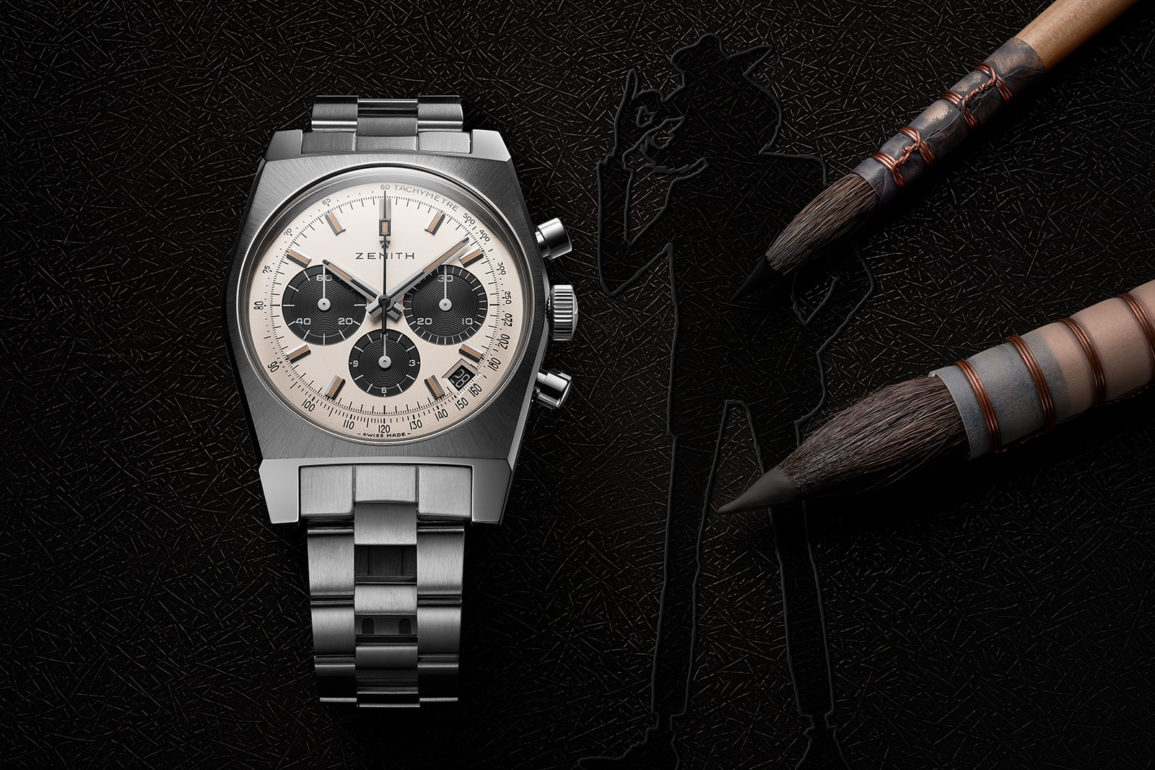 A cartoon inspired rendition of an iconic chronograph watch.

In 2019 Zenith introduced a true to the original re-creation of the Zenith A-384, to commemorate the 50th anniversary of the iconic El-Primero chronograph movement. This was followed by the release of the Zenith El Primero Revival A384 “Lupin the third”, a watch inspired by the Zenith watch depicted in the Japanese Manga series, “Lupin the Third”. And now the brand has introduced the new Chronomaster Revival Lupin the Third – 2nd Edition, another watch inspired by the Japanese cartoon series. 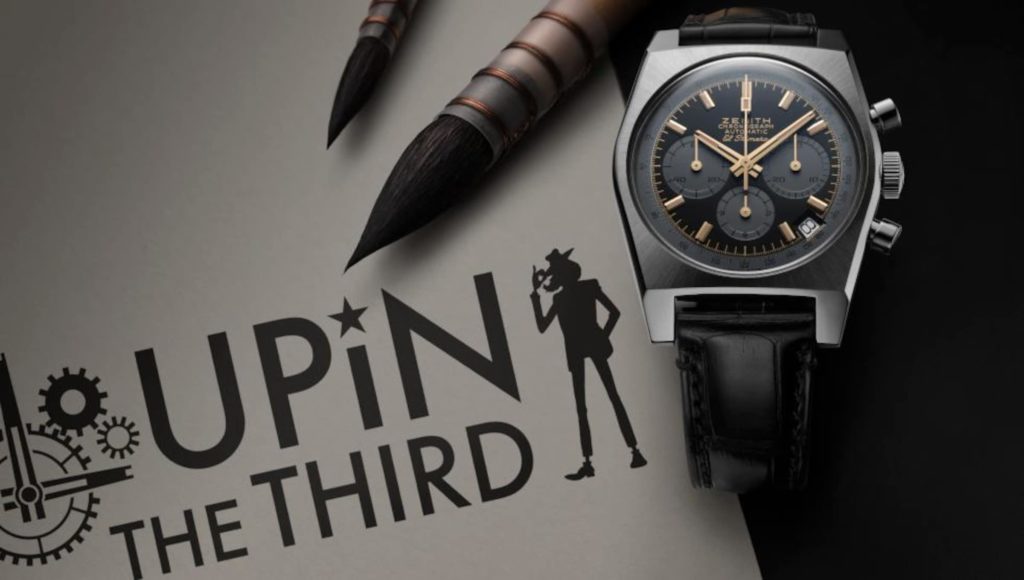 While the first version of the A384 “Lupin the Third” was presented with a dark black face with golden highlights, the 2nd Edition comes with an airy white dial. The sub-registers feature a familiar fro-compax arrangement and have been rendered in black creating a visually attractive panda style look. The rest of the layout is also typical A384 with applied rectangular hour markers, a printed minute track, a date window between 4 and 5, and a tachymeter scale on the outer periphery. Giving the watch a retro flavor is the custard colored luminous paint that can be seen on the hour/ minute hands as well as the markers. 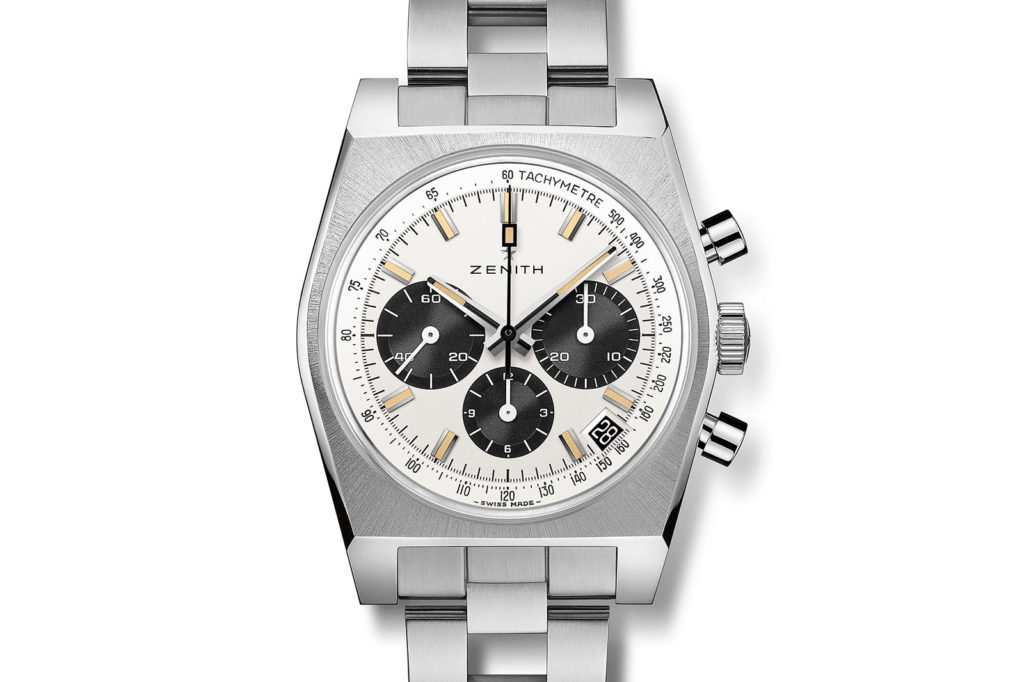 The case on this watch is made from stainless-steel and maintains its compact vintage-inspired dimensions. It measures 37mm in diameter and has a thickness of around 12.5mm. The case is water-resistant to 50 meters and features sapphire crystals on both the front as well as the back. It showcases a nice mix of brushed and polished finishes and one of the highlights of the case is the beautiful outward radiating finish on the front. The case comes attached to a ladder style bracelet that mimics the design of the bracelet that accompanied the historic A384 reference. 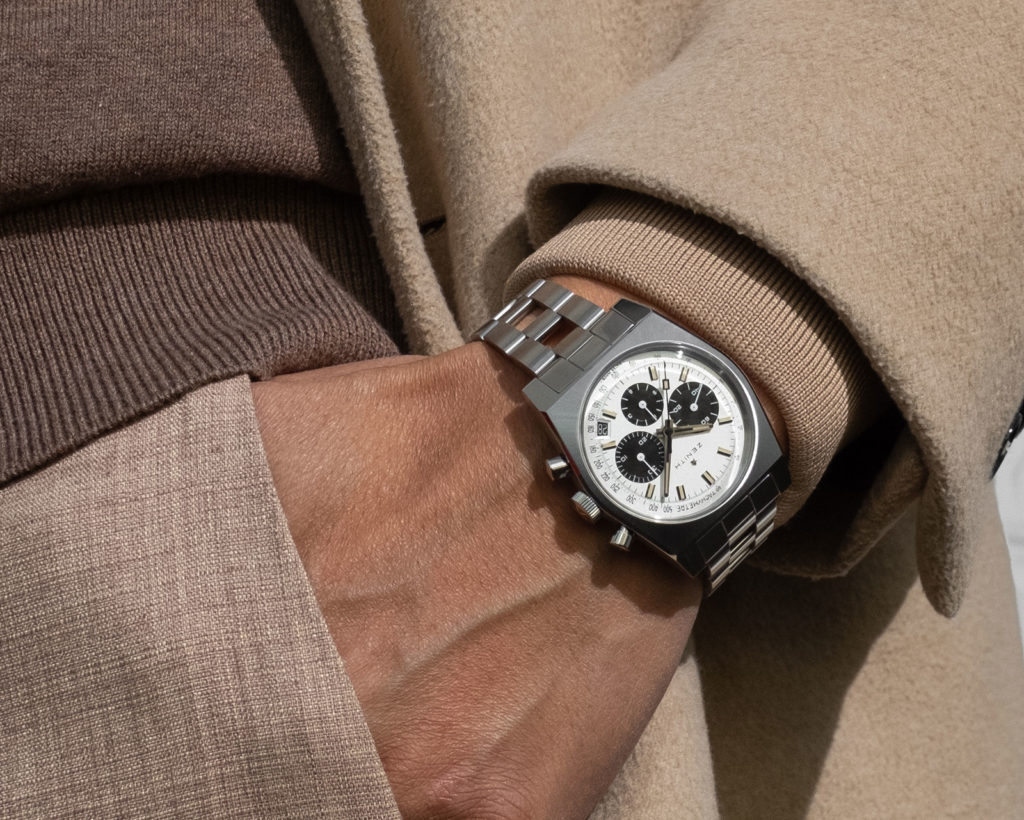 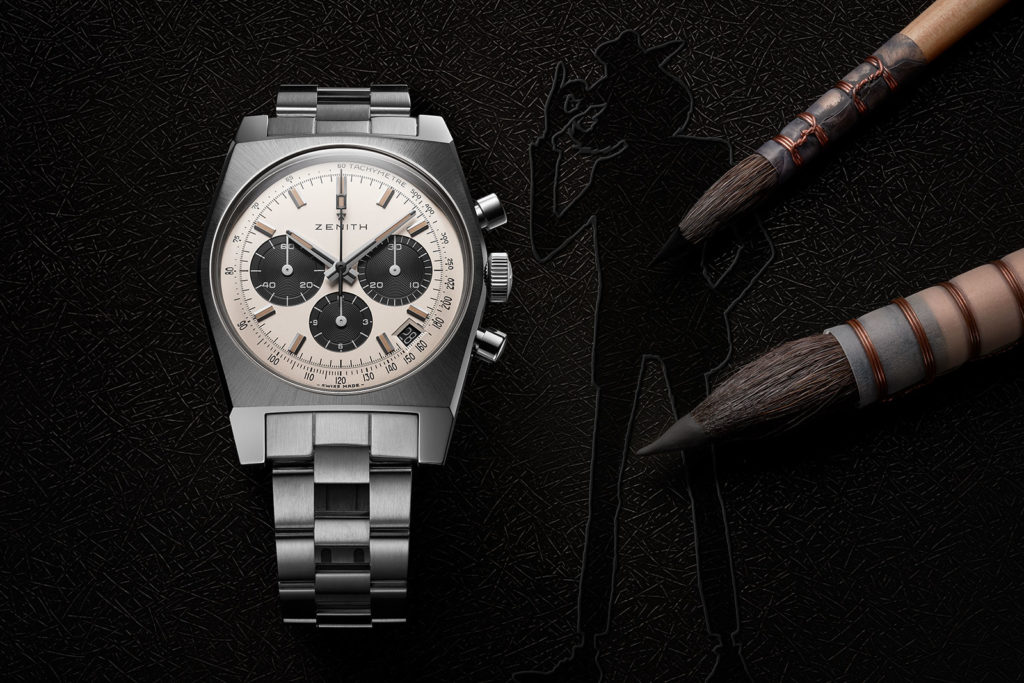 The beating heart of this new watch is the popular El Primero 400 calibre. This is an automatic movement that features a column-wheel mechanism, operates at a frequency of 36000 VPH, and offers a power reserve of around 50 hours. 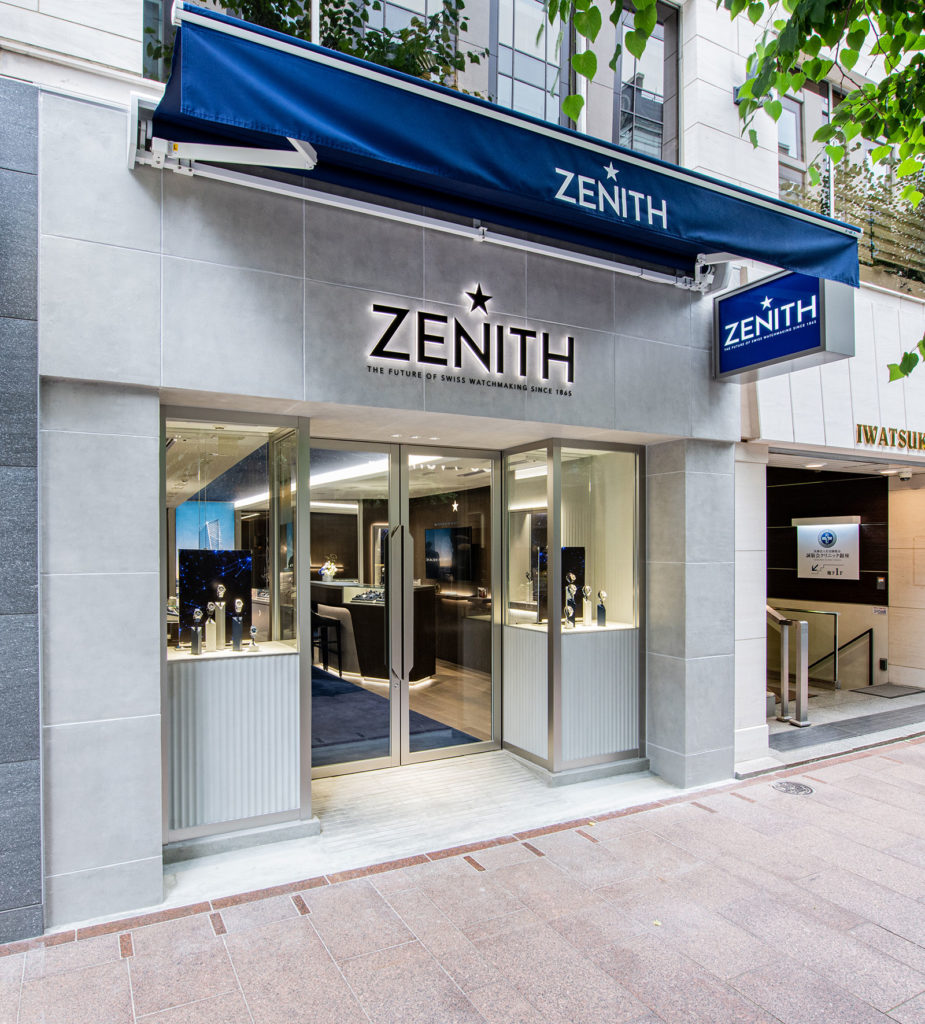 The new Chronomaster Revival “Lupin the Third” – 2nd Edition is limited to just 200 pieces and will be launched alongside the opening of Zenith’s new boutique in Tokyo’s Ginza district. The watch will retail for CHF 9,400.