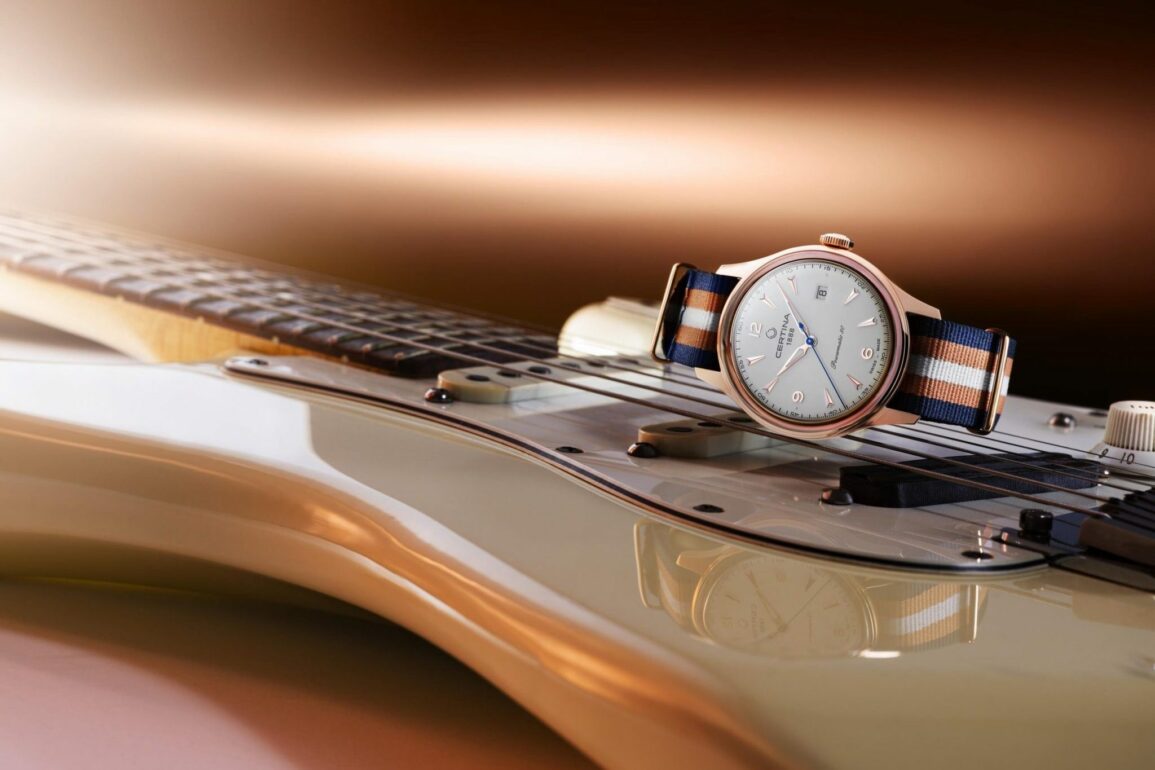 Certina delivers a set of handsome watches with historical inspiration and a modern movement.

Certina’s latest dress watches combine heritage design touches with modern watchmaking for an affordable and attractive offering. With a choice of five different dials and two case colours, there’s plenty of choice for the modern-day go-getter. In December of 2020, we showed you the DS Chronograph Automatic, which a historical model inspired. This watch follows that with some historical inspiration thrown in, although it appears Certina was looking to make a new addition to the DS line rather than another recreation. 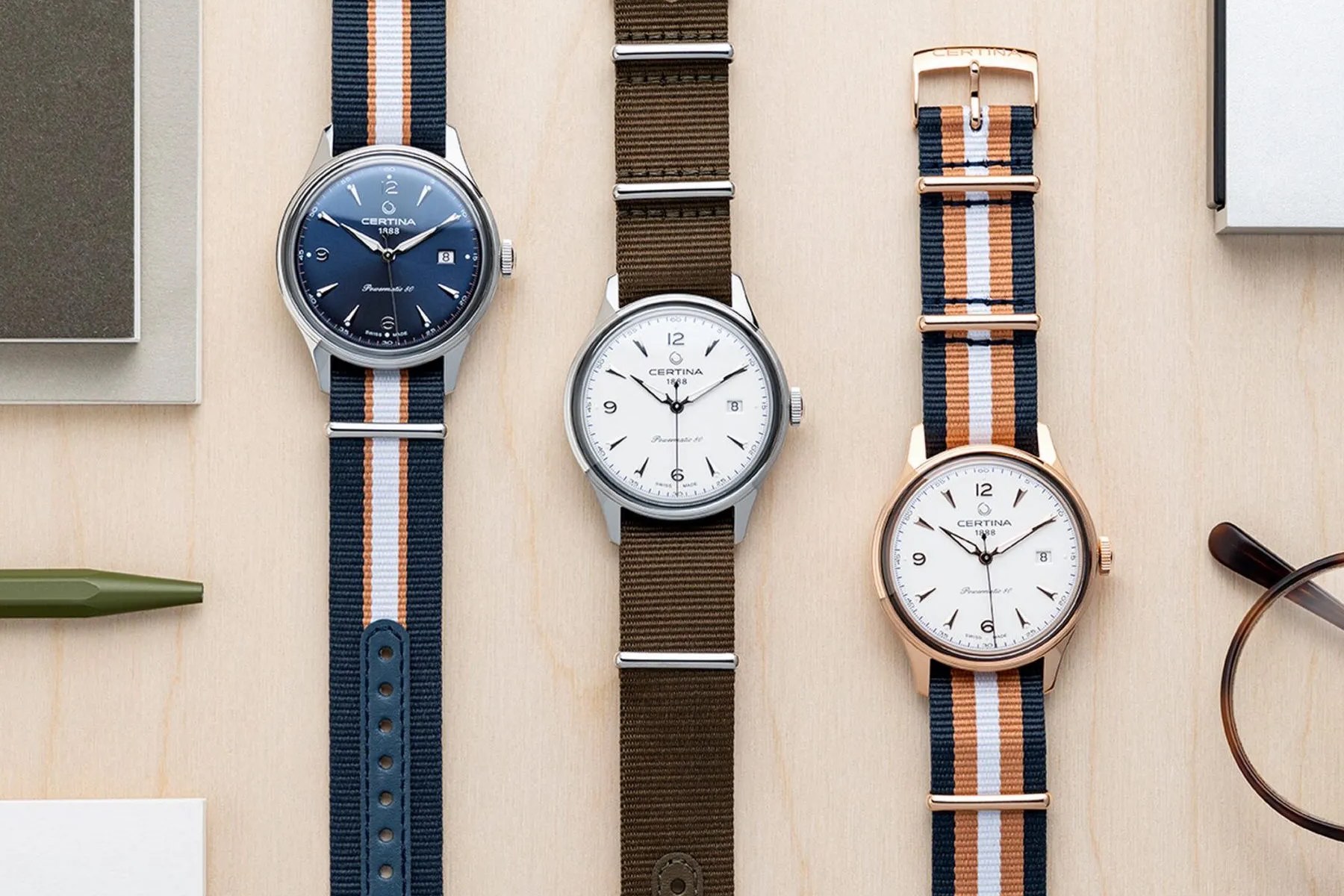 If you’re a fan of video games, then DS will be a handheld Nintendo games console (ah, the memories of Mariokart, a truly happier time), but for Certina, it means Double Security. The DS name was introduced in 1959 and represented a special O-ring seal for the caseback and a series of seals for the crown and stem, traditionally the area where water is most likely to enter.

Every model comes with a modernised set of O-rings for a depth rating of 100m, not bad for a dress watch. The cases measure 41mm x 10.9mm and are made of stainless steel. There’s an option of having a stainless steel case PVD coated with gold for a different look. I’m not sure about the aesthetics of these models, I like the fact that the silver colour of the steel case is quite a cool tone, especially with the array of dials on offer. Certina is offering the new DS Powermatic 80 with either a white, blue, green, brown or gold-coloured dial with sunburst finishing. All models come with a date display and lance-shaped hands with SuperLumiNova and a blued seconds hand.

Inside the watch is the Powermatic 80 calibre. We see a lot more brands using this movement, and that’s because it’s a Swatch Group component. Swatch manufactures the Powermatic 80 using its ETA division, and the movement is given the internal codename CO7.611. It can be used by anyone who can get their hands on it, which used to be nearly any watchmaker, but Swatch is slowly throttling down its sales of ETA movements to external manufacturers. Think of it like BMW’s B38 1.5L three-cylinder petrol engine, it’s more or less the same engine whether it’s in a Mini Cooper, a BMW 218i or the BMW i8, but it allows for a standardised base to work from across the range, lowering costs while keeping good performance and reliability. 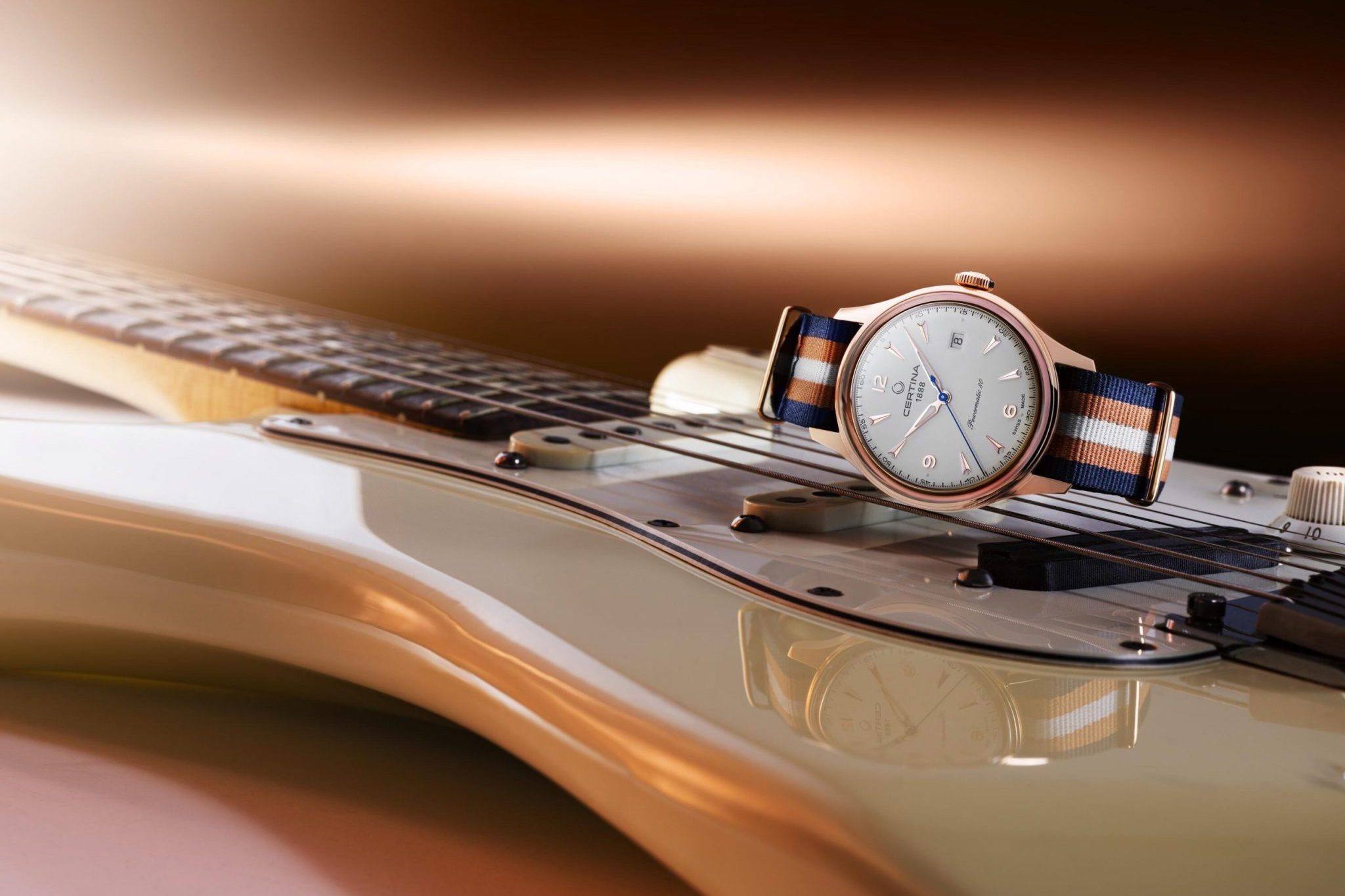 In the case of the Powermatic 80, it sees use in watches from Certina, Mido, Rado and Tissot, although I’m sure others do too. It features an 80-hour power reserve, 23 jewels, a 3Hz beat rate and a Nivachron balance spring with extra shock absorbers for resistance to magnetism and impact.

All these watches come on a choice of either NATO or leather strap, and the price is reasonable at CHF850 for steel models and CHF890 for PVD-coated models.