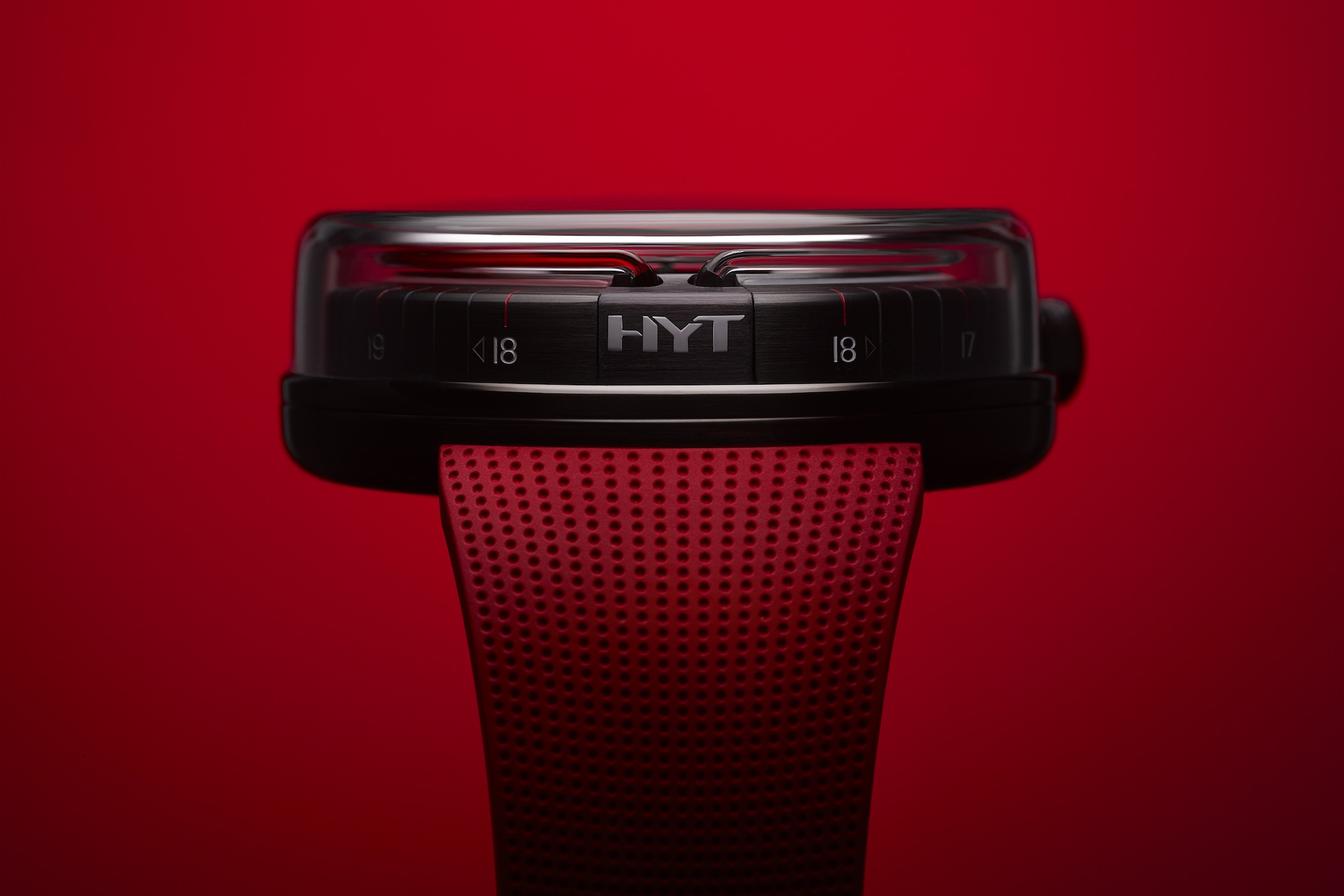 One of my favourite independent watch companies is HYT. Known for its vast and futuristic watches just dripping with innovation, HYT has become an icon in the watch industry as the only company to make use of fluid to tell the time successfully. The least crazy looking watch the company has made so far is the H0 range, which is easily identifiable thanks to the big upturned fishbowl-like sapphire crystal which covers the dial and then rolls down the sides of the watch until it meets the flank.

The theme of this watch is simple, but rather gloopy when you think about it. Blood. The essence of life and the thing which allows us to breathe and function. Without blood, we’re pretty much dead, but that’s not usually a topic the watchmaking industry comes to very often. 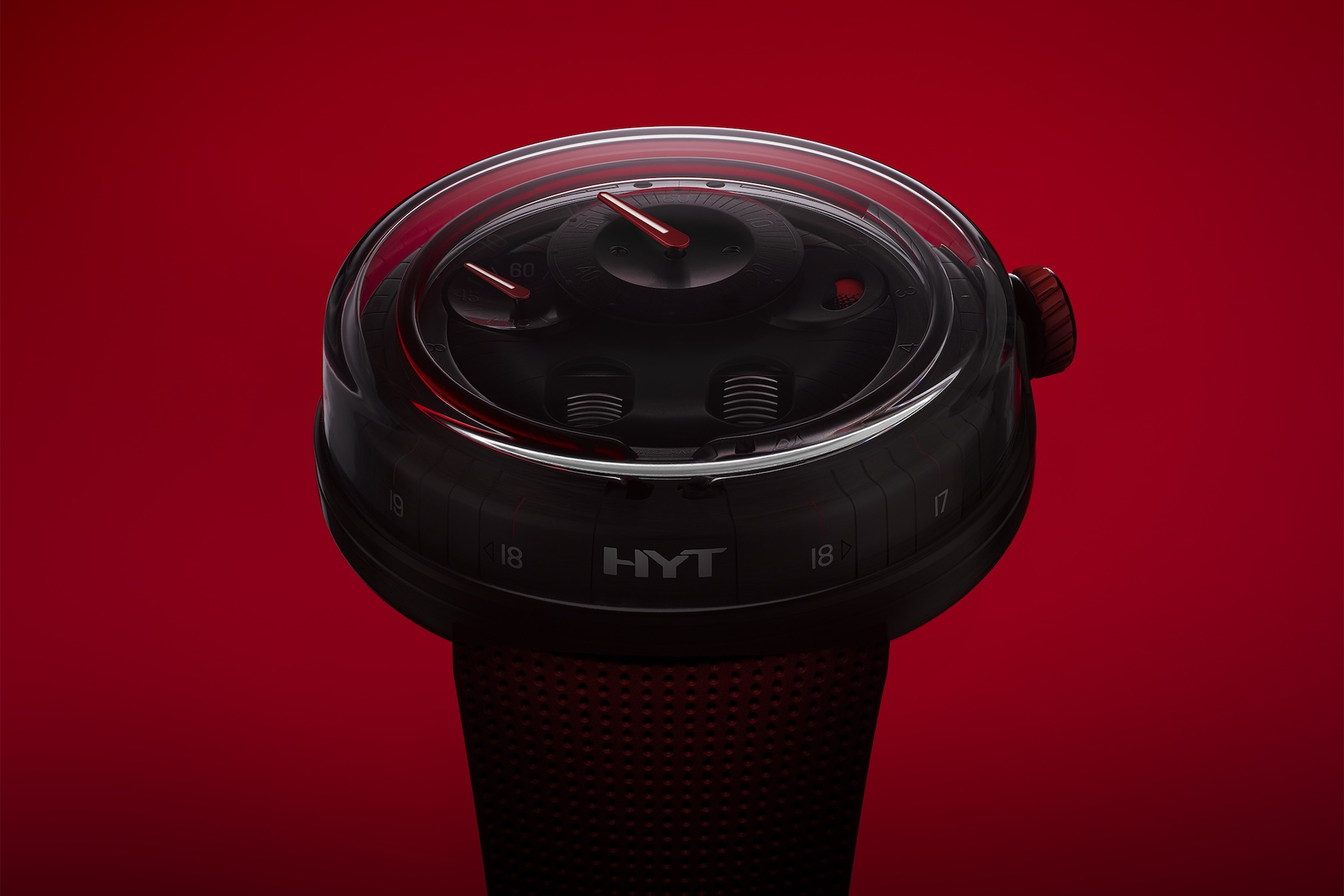 Running around the edge of the dial is, thankfully, not actual blood (we think!) but instead HYT’s clever fluid that’s been given a red colour instead of the usual neon green. The H0 collection is essentially the same as the original H1 internally, but with a smoother and more naturalistic exterior, there are no jaunty angles here.

Inside the watch is the clever stuff, with the traditional time display being thrown out the window for the most part. Gone is the hour hand entirely, replaced by the small tube of fluid which gracefully encompasses the dial. If you have a moment, search for a few videos of these watches working on YouTube, it’s mesmerising to see the liquid gracefully move around the dial. Telling the minutes is a more simple subdial with a hand that’s easy to read. There’s even a seconds hand, which is somewhat unusual for HYT watches, and a power reserve indicator opposite. Unlike their other watches, the dial is mostly covered up, but there are two cutouts near the 6 o’clock position which reveal the bellows that push the liquid around the dial. 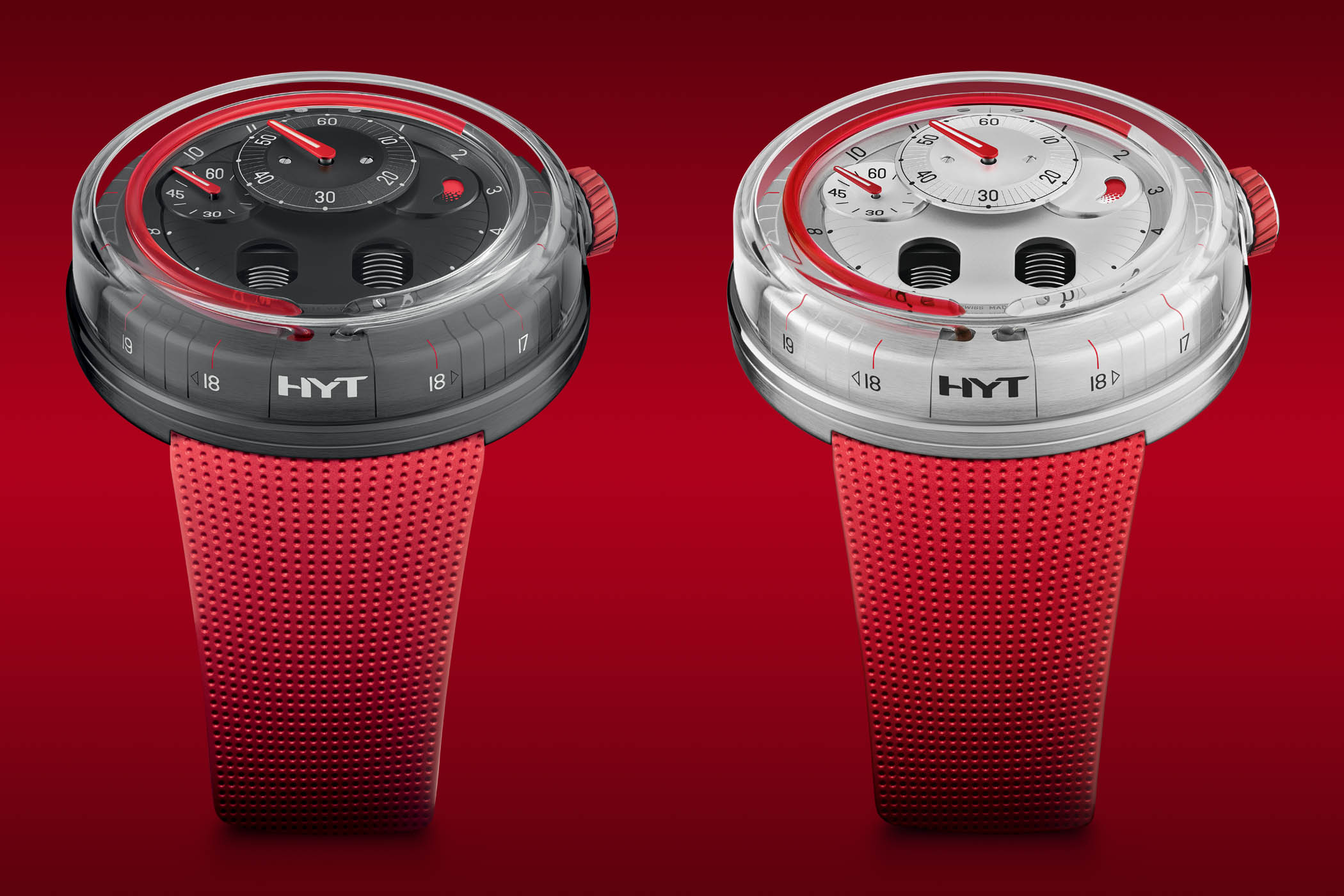 There are two variations of this watch being introduced, they both feature the red motif, but where one is the normal colour of the steel used in the case, the other is a black anthracite DLC treated watch. I think this one looks the better of the two, but then again black and red go together very well anyway. Both watches come on a red rubber strap. To incorporate all those lovely eccentric gubbins we’ve grown accustomed to, the watch has to be big, very big, monstrous even at 48.8mm in diameter and 18.7mm in thickness. 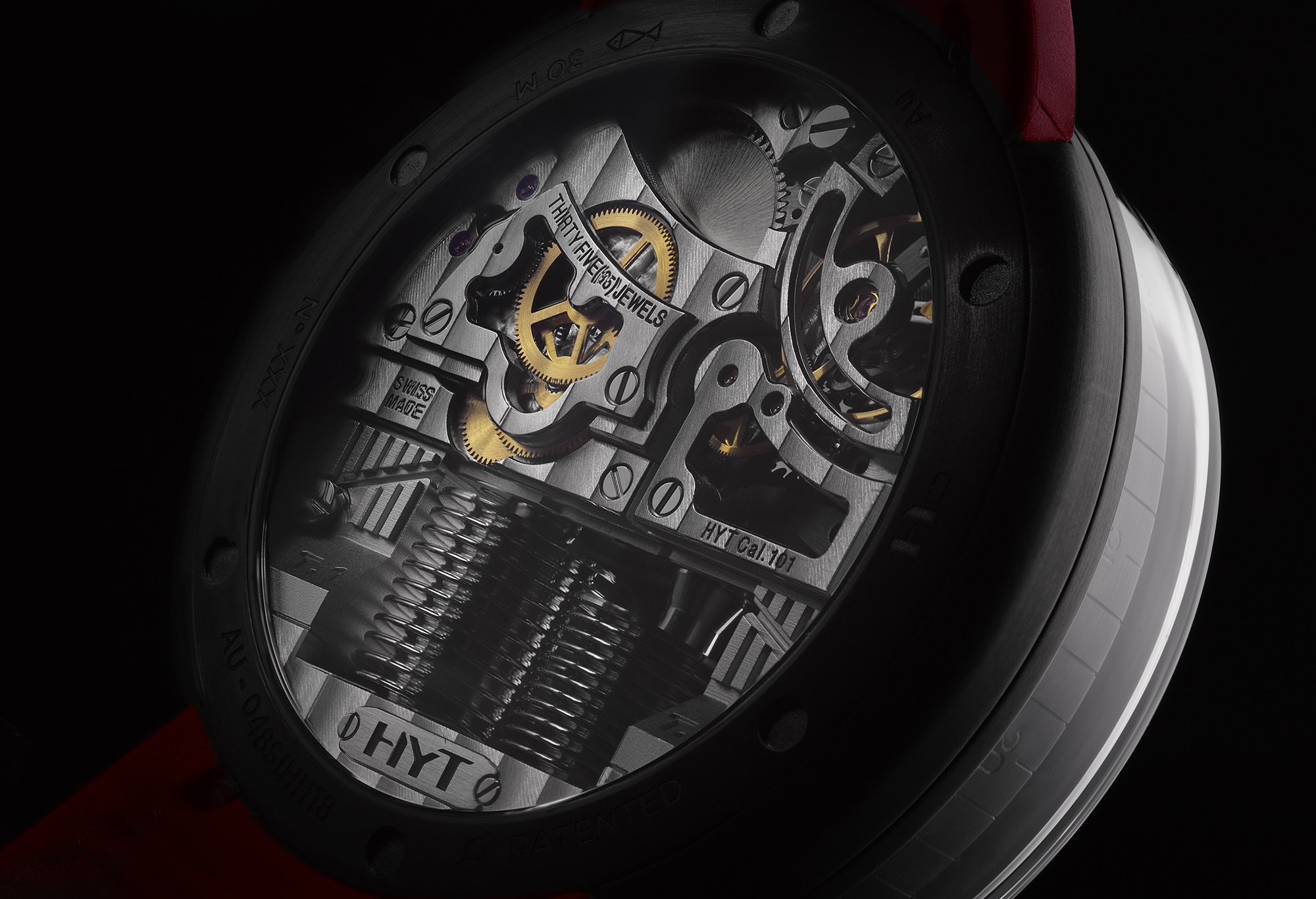 But you do get a comfy 65-hour power reserve and a 4Hz frequency (not that that means too much, the hour liquid doesn’t have a margin of seconds, it may take up to a couple of minutes to react.

If there’s one thing I must say about this watch, I think they could have done something with (Product) RED, given the uniqueness of the product it could not only generate income but help raise awareness for a good cause. It would also give HYT some extra brownie points, as we have seen ethical issues become the big topic this year (see our Ethical Responsibility article for more on that). Still, the price of the watch is reasonable for what you’re getting at roughly 39,000 CHF. For more info, visit HYT online.