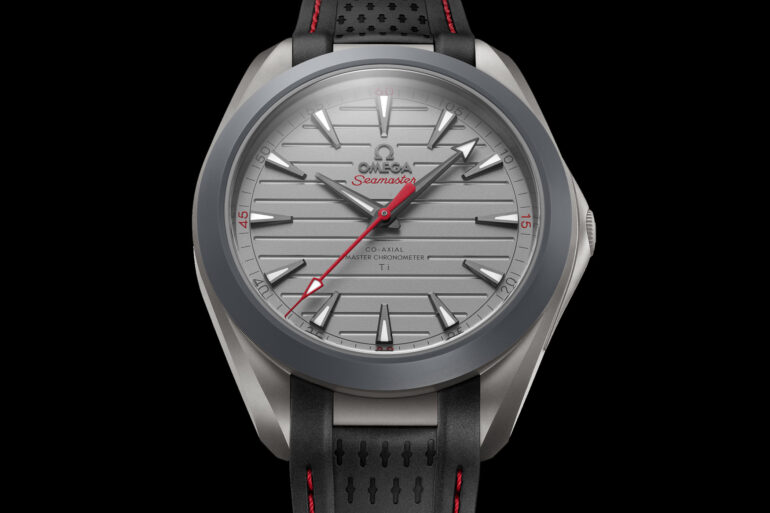 Our favorites list from what could well be Omega's best watch collection.

So I was reading the comments on the Top 5 Breitling Watches article the other day when I came across this comment: “I’m absolutely loving this list series. I’m not even a big Breitling fan but it’s just dead interesting. Can’t wait for the next installment (sic) of top watch lists“. Well, here’s to you, dear reader. Our next Top 5 continues to look at watches from big-name brands. This time, it’s one of Breitling’s main competitors: Omega.

Omega’s taken a beating in the world of horology forums recently. Not that that’s saying much. Expecting anything less than verbal pitchforks and torches from watch forums would be like watching Venom: Let There Be Carnage hoping to see a thoughtful, insightful, well-mannered movie about a regular guy struggling with a life that’s anything but normal. It has its shining moments, but it’s better if you turn your brain off and enjoy the ride.

One of those moments that’s done just right for me is the Seamaster Aqua Terra. It sits in an unusual spot for Omega. It’s not a full-on sports watch (at least compared to the other Seamaster ranges), but it’s not Omega’s sole dress watch. It’s a happy medium I’ve referred to previously as Smart/Casual Sports Watches. These are watches that can do daily life even if your life includes some roughhousing with your kids or going up the pub on a Friday night. In essence, these watches are the best of both worlds and serve to be the ultimate all-in-one watches, probably even more so than the skinny-bezelled (is that a word?) diving watches most brands are putting out these days.

With that said, let’s look at what I consider one of Omega’s finest hours. Here are our Top 5 Omega Seamaster Aqua Terra watches. 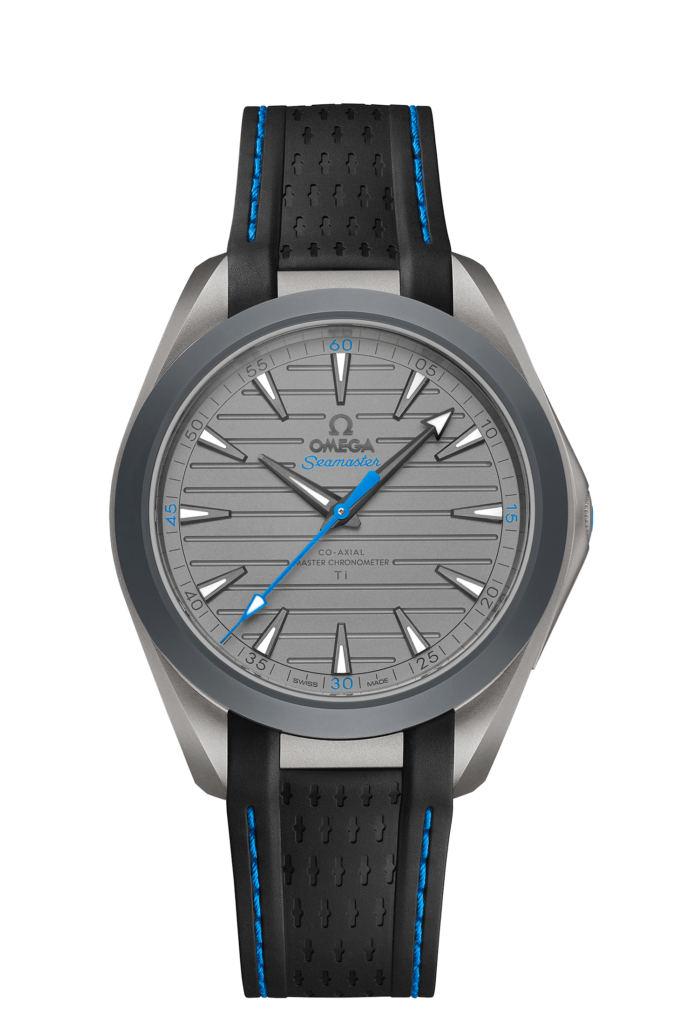 The Aqua Terra UltraLight was a technical triumph by Omega, just one that wasn’t well-received by the fanbase or seems to have a particular impact as of yet. The biggest draw about this watch was the mass. The entire thing (including the strap) weighed just 55 grams, under 2 ounces for our US readers. It had a bespoke hand-wound movement with all the standard Omega features but was made from titanium which kept the weight off. The idea was to create an Aqua Terra designed to do anything without its presence being felt, the opposite of the big chunky Seamaster Planet Oceans. Its high price of $48,600 prevented it from being an innovation most of us could feasibly get our hands-on, and it also prevents it from going further on our list, but it was still worth a mention. 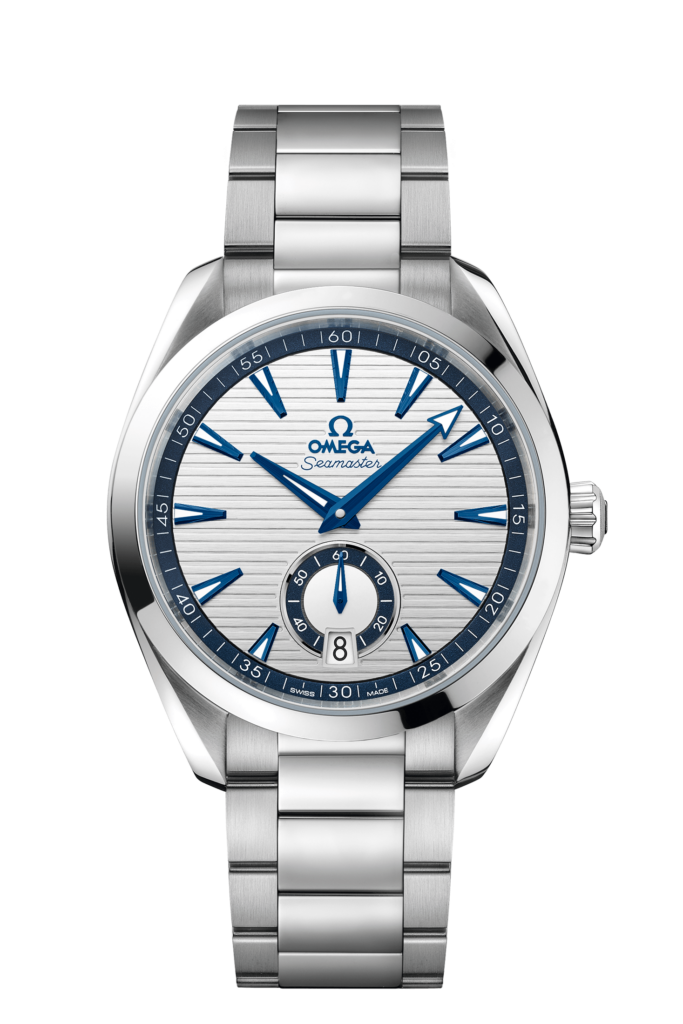 Omega is in an unenviable position in the watch world. It often shares retail space with Rolex, which is more recognised for luxury watches and makes more luxury watches than Omega. When your competition is bigger than you, stronger than you, has more money than you and ultimately sets the standard for the entire industry, you’ve got to be creative to be noticed. One of the things I’ve noticed about the Aqua Terra range is that it takes on different styles exceptionally well. None of the versions seems awkward or like they’re there to meet criteria. When Omega released the Small Seconds, it felt like they’d reinvented the Aqua Terra, even though the effort required to make a small seconds display isn’t massive. This version crosses the Smart/Casual line to smart, but it works, and it doesn’t get carried away with it. 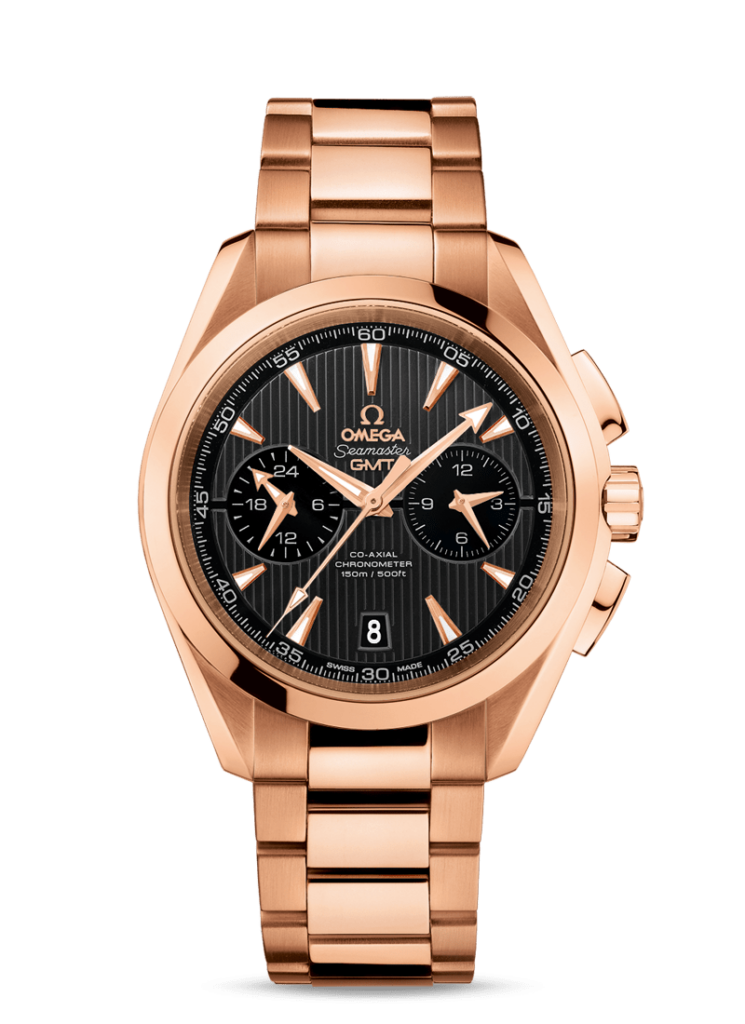 As I mentioned, Omega has outfitted the Aqua Terra with a multitude of complications over the years. Did you know that they even make these with an annual calendar? I, to be honest, completely forgot about that one, but I didn’t forget about the GMT Chronograph. No longer in production, this particular version is on our list because it’s unexpected. It’s a column-wheel chronograph with a GMT powered by the calibre 9605, which added the GMT to the standard 9300 found in the beefier Seamaster Planet Ocean. Making a more complex movement for a more sophisticated watch design was a smart move. Although everything has its day, this particular watch isn’t on sale anymore, but there are plenty of good quality pre-owned examples at a compelling price point. 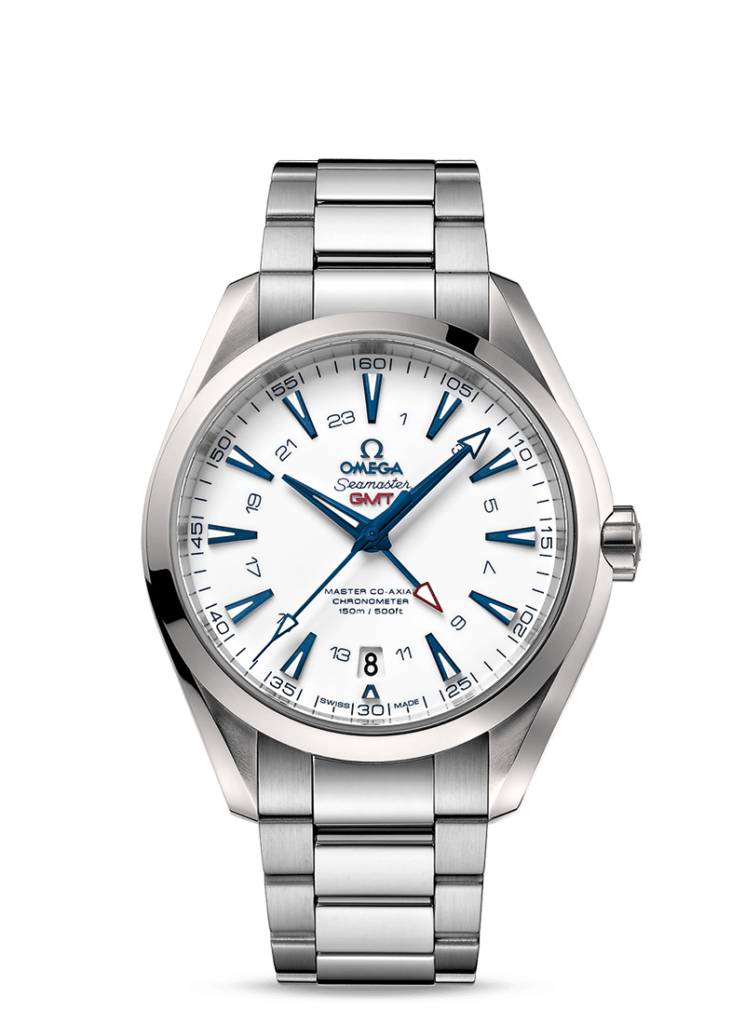 Omega is renowned for working with other people. Whether that’s a franchise like James Bond, an event like the Olympics, or an eye hospital built into a plane (Orbis). While it’s now relatively common to see watchmakers teaming up with environmental conservation projects, Omega has been doing it for years with their partnership with GoodPlanet Foundation. The GoodPlanet watches (of which there are a few) are special edition watches where some of the proceeds of the watch’s sale are donated to environmental causes. The proceeds from this specific watch are going to a new wildlife project in Botswana. It also helps that blue on white is a combination that suits Omega’s watches very well indeed. This Aqua Terra GMT is a handsome piece for sure. 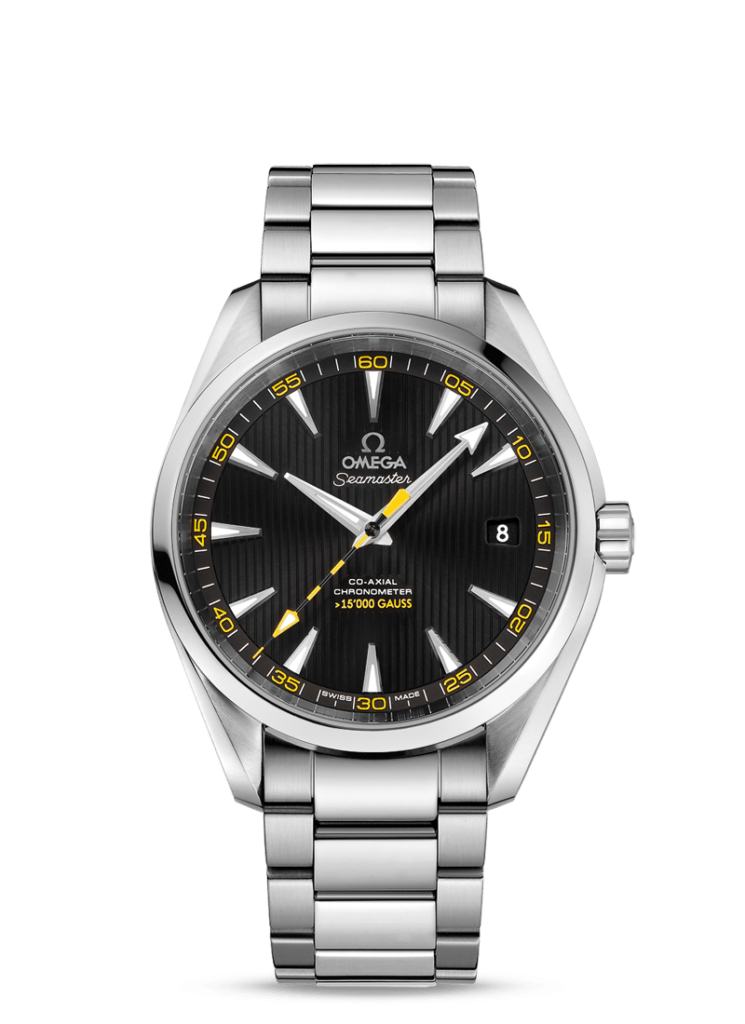 The 15,000 Gauss variant of the Aqua Terra doesn’t get as much love as it used to these days. It’s not the watch’s fault; Omega doesn’t really market it anymore, although it is still listed as on sale on their website. The biggest selling point of this particular piece when it was released in 2013 was its anti-magnetism which is now in pretty much every Omega watch. That level of magnetism, which was fifteen times that of the Rolex Milgauss, was insane for a wristwatch and was thanks to new component materials which stopped the delicate wheels and springs from becoming magnetised to each other. The 15,000 Gauss differentiated itself from a regular Aqua Terra with a cool seconds hand and some writing around the place. That was about it, but the frenzy it created was more than enough for it to be a hit. It may well be the most important watch of the modern era for Omega, and when coupled with the attractive looks and level of research that went into it, it deserves to be at the number 1 spot.